…and it doesn’t seem like the 21st-century French Revolution is going to end anytime soon, either.

It doesn’t look like there is anything President Macron can do to appease the mob because their protest has no focal point. The demonstrations are an expression of the frustration and anger felt by ordinary Frenchmen at how the government has taken them for granted in creating policies and new taxes they feel they were not consulted on. From refugees to a falling standard of living, the French people feel betrayed and no government giveaways are going to assuage their anger.

For details on the policies and new taxes, feel free to peruse Erik’s take at No Paseran!

I think the events Over There reveal a systemic difference between the U.S. and France.  In Europe, the people basically let the elites run all over them (for hundreds of years Euros seem to have had little problem with their “betters” telling them what to do) right up until the situation becomes intolerable, and then they explode:  heads roll, protesters take to the streets, whatever.

On our side of The Pond, we Murkins just elect people like Trump from time to time, to try to reverse the trend of oppression.  This seems to let some of the steam out of popular resentment — which is also why we respond so strongly when the elected fail or falter in their mission.

I’m not sure that Murkins have the spunk to rise up as violently as the Frogs.  Perhaps it’s because we have so many guns — not that we’re ready to use them, but their very presence acts as a damper on ourselves.  Instead of rioting, we form a Tea Party movement and get politicians to follow its precepts.

It’s one thing to march in yellow vests, blockade streets, break windows and deface monuments.  It’s another thing altogether to break out the AKs and ARs and start a truly  violent revolution.  That’s not to say we couldn’t, under truly intolerable circumstances, but I think we all agree that most of us — even the most fire-breathing — would shrink from taking that final, and very deadly step until that time.

Under these circumstances, our government and elites should be grateful  for the Second Amendment instead of trying to shut it down all the time.  That said, our elites would ultimately prefer that the State is the repository of all guns so that they and only they can go to the guns, which of course is the current state of affairs in Europe.

An interesting mental game is to wonder what the gilets jaunes would do if France had a Second Amendment as robust as ours or whether, if they did, the State would be as oppressive towards them as it has been.

And now, if you’ll excuse me, I think I’ll head off to the range.  All this intellectual activity requires some physical release.

I recently happened upon this article about The Englishman’s travails with Gummint, and I passed the link on to the kids as the place under discussion happens to be where their mother is buried.

“I feel like this is the definition of bureaucracy.”

I would have put it somewhat differently (with much more venom and bad language), but I think she’s encapsulated the issue perfectly.

In this article, Rick Moran worries about Orange County Going Socialist, and What That Means:

Orange County Is Reagan Country No More
They used to vote Republican in huge numbers in Orange County, California. The county used to be one of the most Republican in the country, but with Democrat Katie Porter unseating GOP incumbent Rep. Mimi Walters, Republicans are beginning to look nervously at 2020 and wonder where all their votes have gone.

And Moran’s take is:

Is Trump accelerating the GOP decline? There’s no doubt that Trump’s antics as president have energized his base. They are, if anything, more loyal and enthusiastic today than they were when he was elected.
The rest of the country? Not so much.
As leader of the party, Trump is responsible for its growth or decline. Right now, it’s declining across the board. The answer is not goosing Trump’s base supporters. The answer has to be broadening the appeal of the party.

I’m not so sure. I think that the answer to the Orange County change is simple:  I bet that Hispanic voters (i.e. Socialists) are moving in;  but mostly, Republican voters are leaving California.  And as Orange County has (or had) a huge number of suburban middle-class families — the people most adversely affected by California’s insane government — it’s a simple case of changing demographics.

I know that the plural of anecdote is not data, but not long ago I gave a lift to a one-time Orange County resident (a conservative Republican, by his own admission) who had moved to Plano because he was totally sick of California government’s effect on his small business.  He told me that he wasn’t the only one;  almost all his friends from his neighborhood (also Republicans) had either already left the state or were in the final stages of doing so.  And he admitted to me that he voted for Trump in 2016, as had all those same friends whether still in California or not.

I likewise suspect (also from anecdote) that this is happening in Ventura County as well.

I would love to see the population-shift statistics from Orange County by party affiliation to see if that, and not Trump, has been the reason for the change in voting patterns.  If that is the case, there’s nothing Trump (or any Republican) can do about it.

Oh, and one more thing:  I think I persuaded my ex-Californian passenger to buy a gun and get his carry permit — and I’m pretty sure he’s going to do it because when I gave him the names of a few of our local gun shops, he keyed them into his phone.  (I told him that he should do it just to stick it in CalGov Jerry Brown’s eye, and he laughed like hell at the thought.)

Not that I need to belabor the point, but any “free” government health service is going to cost you.  In almost every such case, it’s when Gummint decides that you’ve had enough.  Here’s one from Britain’s NHS:

A hero RAF rear gunner who evaded capture by the Nazis in 1942 after being shot down over Belgium has been told to sell his house to pay medical bills as he has ‘survived too long’.

(I have to warn you that if you read that whole story, you ought to remove all throwable objects and guns out of reach — and even more so for the next one.)

Over in oh-so caring Europe comes this horrifying story:

Dutch authorities are prosecuting a doctor for euthanising an elderly woman with dementia in the first case of its kind since the practice was legalised in 2002.
The doctor, who was not named, has been charged with secretly drugging the woman’s coffee with Dormicum to make her drowsy and asking her family to hold her down as she was lethally injected in a care home in The Hague in 2016.
Whilst the 74-year-old patient was receiving the lethal injection she woke up and began fighting the doctor.

(I should also point out that the Dutch doctor was a woman, which somehow just makes it worse.)

I know, I know:  “Oh, that could never happen over here in the U.S.” — until it does.  When to comes to money, every government will eventually resort to violence;  try to find someone who has ever dealt with the I.R.S. over an unpaid tax liability, and not felt threatened by the experience.  You won’t. 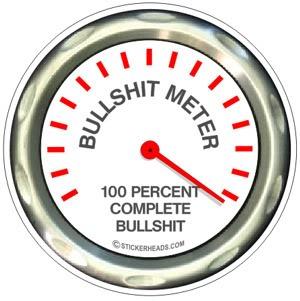