I’m done being nice to this lot, when they hate us, rejoice in our misfortunes and basically want us to disappear.

In a Comment thread a while back, a few of you talked about your difficulties in getting to the range (i.e. from the car to the shooting bay);  some required two or more trips (e.g. me), or some just humped the whole shooting match — guns, ammo, range bags, rests etc. — in one go (also me, only a lot less frequently lately).

When I used to go to Cowboy Action (CAS) meets, I was impressed by the lengths that some guys had gone to schlep all their cowboy shooting gear from bay to bay, event to event.  Here’s one such example: 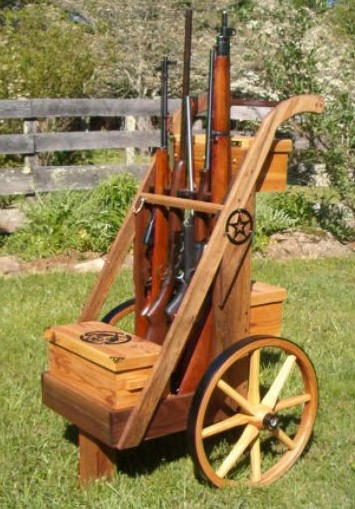 …which is super-purrdy, until you see the price (“Hand me a couple them tamp’ns, Margaret, Ah need to plug mah nose”).  Also, they’re almost as heavy as the damn guns and ammo they carry, not to mention bulky (I don’t drive a truck anymore, which most of these old boys seem to do).

As always, I’m probably late to the party and everyone is just going to laugh at me, but of late I’ve been seeing quite a few Ole Pharrts using these little things from Academy to get to and fro: 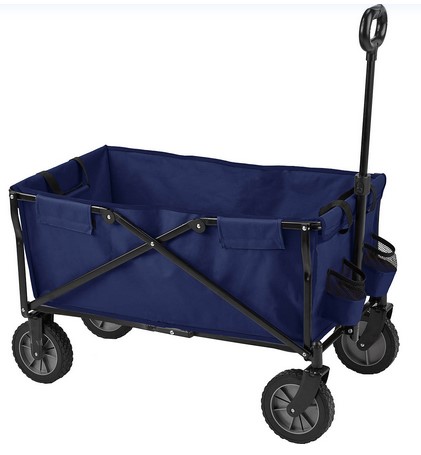 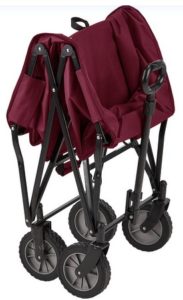 …which seem to fit the bill quite nicely.  They cost around $45, and I think I’m going to get one.  Bass Pro and Cabela’s carry similar ones too, only quelle surprise  theirs cost $85 and $110 respectively.  (Cabela’s “All-Terrain Multifunction” description no doubt justifies the price variance with Academy’s humble “Sports Cart”.)  Scheel’s has one priced between the two extremes.

Anyway, the next time I’m at Scheel’s or Academy, I’m going to look into it.

In response to my plea for someone to sell me an old Mauser 98k they no longer wish to keep, I received several emails of this nature:

” I happen to have an authentic German Mauser that my father brought back from Germany when WWII ended. He also brought back a Luger which my BIL got after dad died. No. I’m not selling it. Eat your heart out! My nephew lusts after it and he’ll get to add it to his massive gun collection when I die.”

That was from a certain grouchy old crippled bastard, somewhere in Georgia.  Then this:

“I have a sporterized Mauser in 8mm made in the Obendorf factory in 1944. It has matching serial numbers on the action and bolt. On disassembly, all the parts have the eagle Waffenstamp. It was a gift from the friend who turned me on to your blog. It’s a nice shooter, and fortunately I have a stash of ammo from Privi. You can’t have it, I like it too much.”

Anyway, the good news is that I have made arrangements with a Longtime Reader who happens to have just such a spare, and after some negotiation (not much on my part, admittedly), it should be wending its way to my FFL as we speak:

From Drummer Knob, about yesterday’s F1 Grand Prix at Spa: 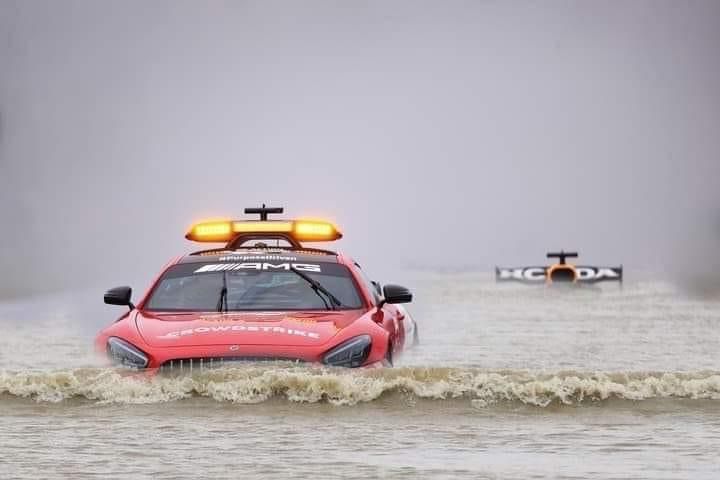 Wasn’t far off that.

Highlighting all the asinine, stupid and pointless news.  And on the non-Biden front:

…or, “Guy who tested Covid-negative before allowed to fly still has to be quarantined lest he infect his dying father.”  Kill them all, now.

And in other WuFlu news:

…torn between woke banks and income stream from sluts. Ouch.

…where would we be without Science?

…are they allowed to vote while handcuffed?  Asking for a friend.

…as Sweden enters the “Stupidest Nation On The Planet” competition with a bang.

…I had no idea that so many “progressives” were of Swedish origin.

…considering that ol’ Ron had access to willing and available poontang pretty much 24/7 for well over thirty years, you have to ask yourself why his accusers were anywhere near him, if not for sex. Sounds kinda bogus.

And now for Biden News:

…so are all languages, actually, but hey.

And speaking of the Welsh, here’s Carol Vorderman: 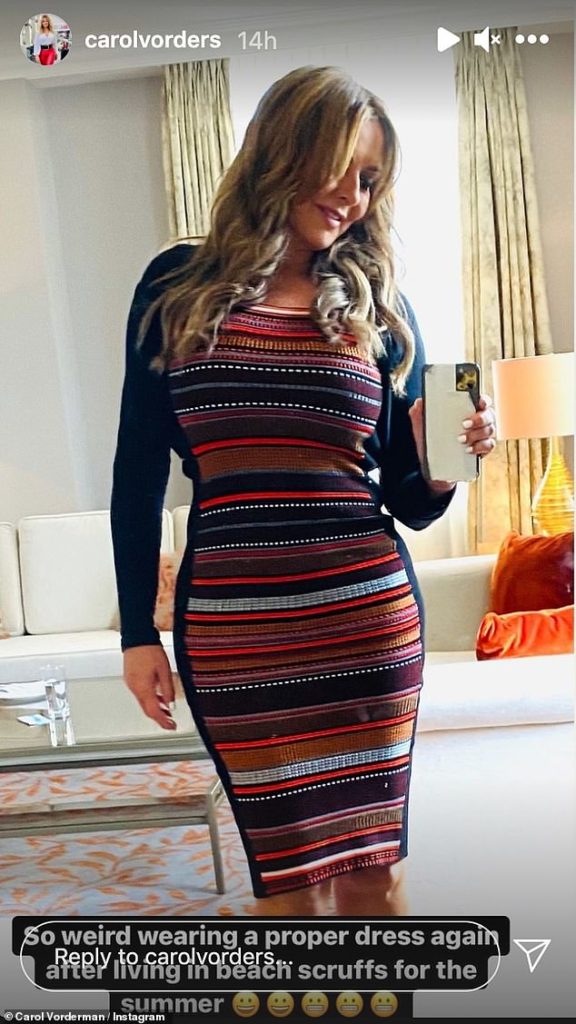 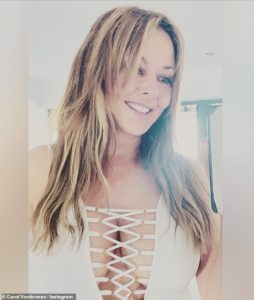 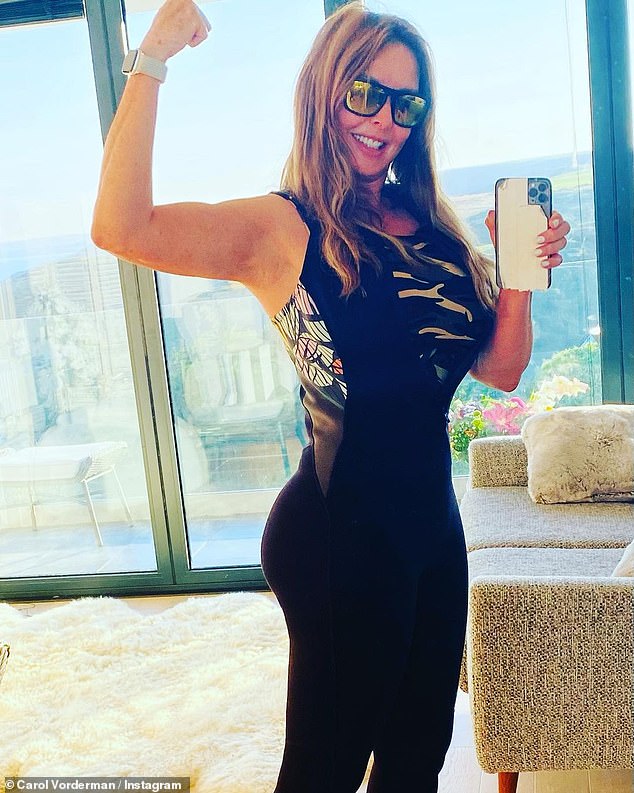 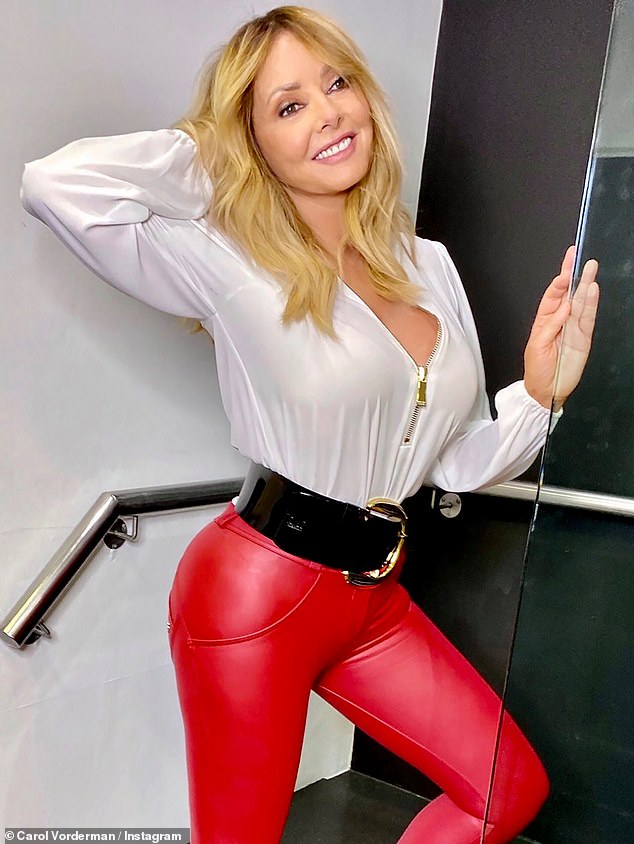 Asking the question nobody cares about:

“Will Afghanistan Devolve Into Warring States?”

The more interesting question is:

“Will America devolve into warring states?”