Concerning my absence from DMF:  Monday morning your Beloved Blog Editrix was unexpectedly kidnapped, my personal digital devices confiscated, and secreted off by the Love of My Life to be held (tightly) hostage for two days & nights in a Bed and Breakfast in Jefferson Texas. Then early Wednesday I was awakened and whisked off against my will to Dallas to participate in an decadent Christmas shopping spree, fine dining and a late night on the town. But this was not the end, as to come was being strong-armed & intimidated into picking out new car as my Christmas present AND THEN total humiliation having to drive it all the way home myself!!
But know this one thing my friends, I am a strong person. I will recover from this with time.

If I were a Cynical Old Phartte, I’d suspect that the love of her life done fucked up really badly, but as I’m not, I’m just glad for her. 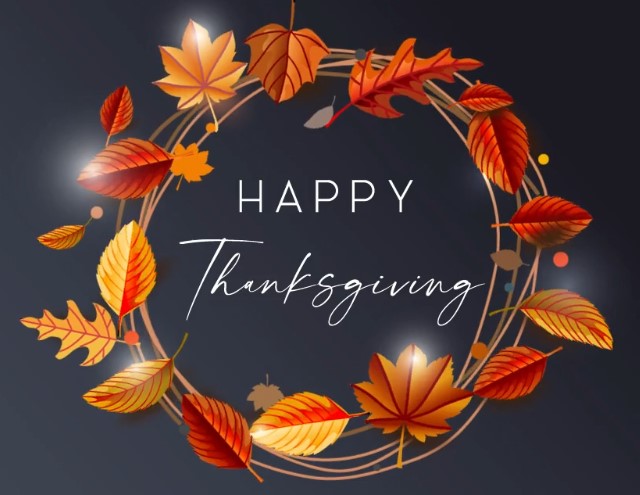 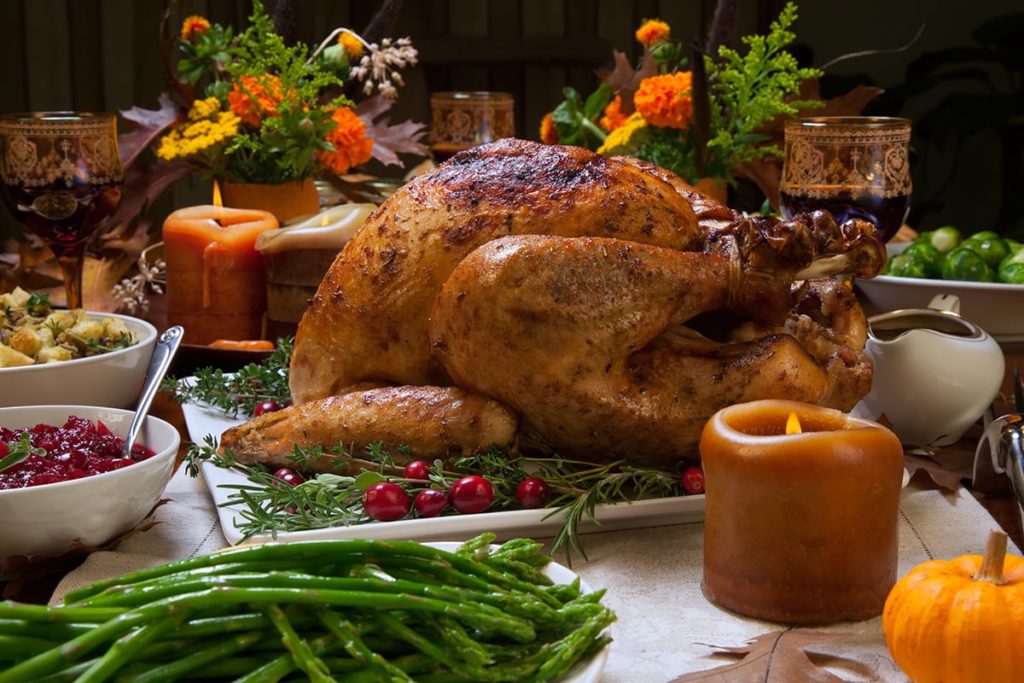 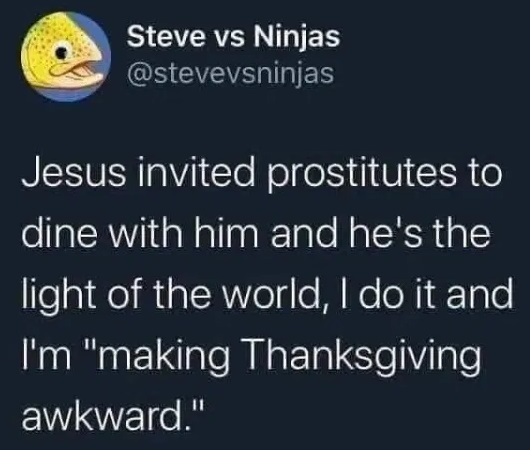 And from Mr. Free Market: 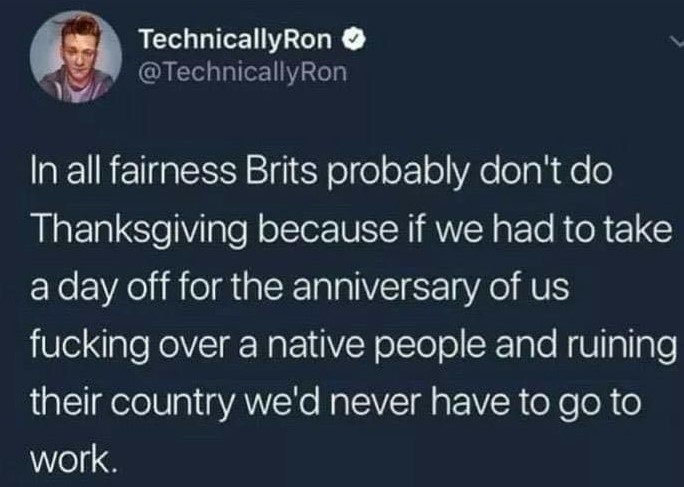 Sarah Hoyt and her husband Dan are two of my best friends.  They decided to leave Colorado for a better life and for Sarah’s health, and as so often happens, they’ve been caught between a rock and a hard place, and before they have their children sold into slavery and their new home repossessed by the Evil Moneylenders, they’re going to need some serious cash.

Not accustomed to asking for help, Sarah contacted me and asked my advice.  They could have got a bridge loan from said Evil Moneylenders, but as there’s no guarantee of when they’ll be able to sell their old house in Colorado, that wouldn’t help much.

We’ve all been there — and I more than anyone.  What follows is an abbreviated email exchange between us:

On 11/1/2021 11:51 AM, Sarah Hoyt wrote:  We’re going to need something like 50k in the next couple of months.  We’re hoping old house will go up in two days and sells that fast, but Colorado isn’t TX and we’re heading towards massive snow…. If it takes more than a month to sell, we’re probably going to lose everything including our (modest, and rather cute) new house, which we love.
I don’t want to do a GoFundMe.  It’s weird. When I can, I donate to my friends, and I’ve never viewed them as begging, but to ask for 50k, which is what I make on my TOP earning years feels shameful, like I spent it on furs and caviar.
I know you’ve done one before. I also know your circumstances were literally unforeseen, but I thought you might be able to give me some perspective, one way or another.
Sarah

From Kim:  Do the GoFundMe thing.  It literally saved my life, not in a dramatic sense, but in a “keeping all the money-related stress” out of it.
Don’t put yourself at the mercy of chance, the weather or the real estate market — none of which you can control.  Your home is more important than that, and losing your new house is not something to gamble on — even if you ignore of the effort of packing everything up and storing it, the costs thereof are considerable.
Don’t be silly.  This is what friends are for.  When you set up the GFM thing, let me know.  I’m probably good for $500 if I can do it over two months.
All love and affection, and my best to Dan.
Kim

From Kim:  I just went to the GFM website, and followed the instructions on how to.
Just so you know, I hated doing it — asking for charity from others is so out of my comfort zone, you wouldn’t believe it. But at the same time, a HUGE number of people loved me, and Connie, and WANTED to help. The best example was from a Reader who had once visited the house and had dinner with us. When the GFM thing appeared, he donated $1,000 even though he was long past retirement age. Before I banked it, I emailed him and asked him if he’d misplaced the decimal, and if not, was he SURE he’d want to pay that much. His reply was epic. “It’s my money, and how dare you tell me how to spend it as I wish?”
I don’t know whether you’ll get up to the $50 thou, but my suspicion is that you will, easily. I raised over $30k in two weeks… and I hadn’t been blogging in over two years.
Remember to let me know when it’s up, so I can put it up on my website. Also ask Stephen to give you a punt on Insty so you don’t have to do it for yourself.
Go for it.

And she did.  I also know that she needs a LOT more than $50k, but she was too embarrassed to ask for more.  When you get to the page, you’ll be flabbergasted as I was — give anyway, because if anyone needs a break, Sarah does.  And if you want to know how much she is loved, check out the comments at Insty’s place.

Sarah needs our help.  Please go to her assistance — she’s one of the hardest-working people I know (in a field which doesn’t pay much — ask me how I know about writing as a profession).  Her writing income has also suffered not just through poor health, but also because her books are not “politically correct” and she faces a continuous barrage of calls to stop publication of her books altogether.

And anyone who’s read her posts will attest that she is a stout patriot and a beacon of sanity in a world bereft of same.

So please, I beg you all to go over to her GoFundMe page and help out to the best of your ability.

I’ve donated $250 myself, with another installment to come next month.

Bless you all for helping.

As the searing North Texas summer temperatures have begun to slide into glorious fall cool, I received these pics from Mr. Free Market, currently experiencing the usual Scottish weather for this time of year: 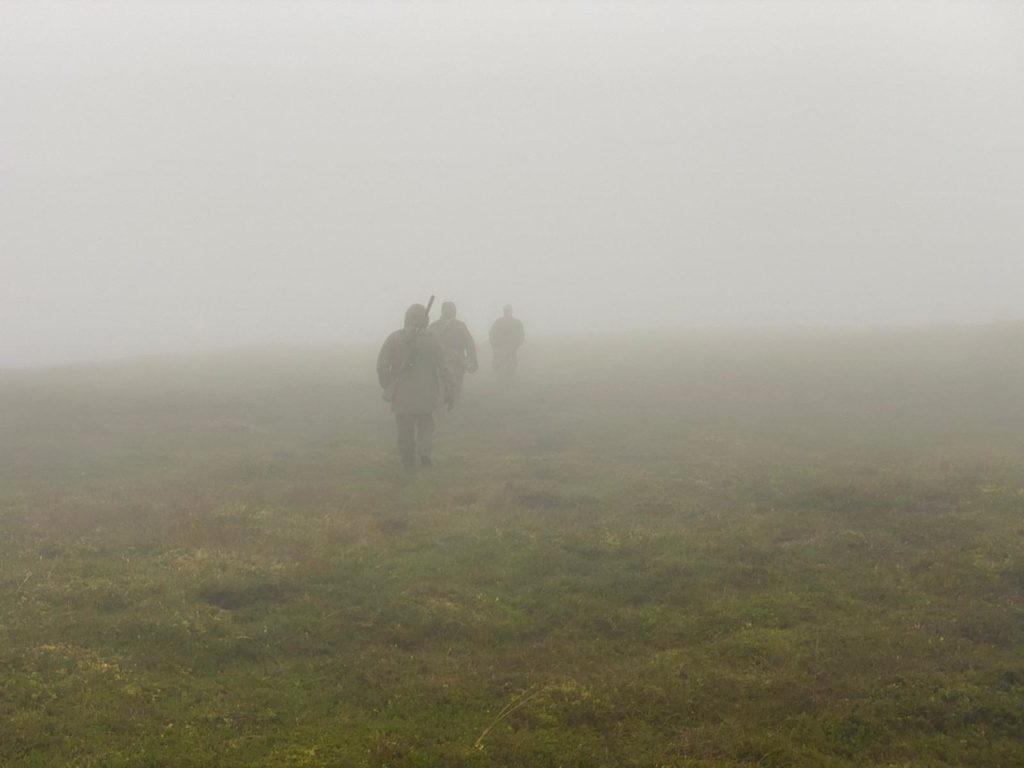 Not that it’s stopped him from doing the usual… 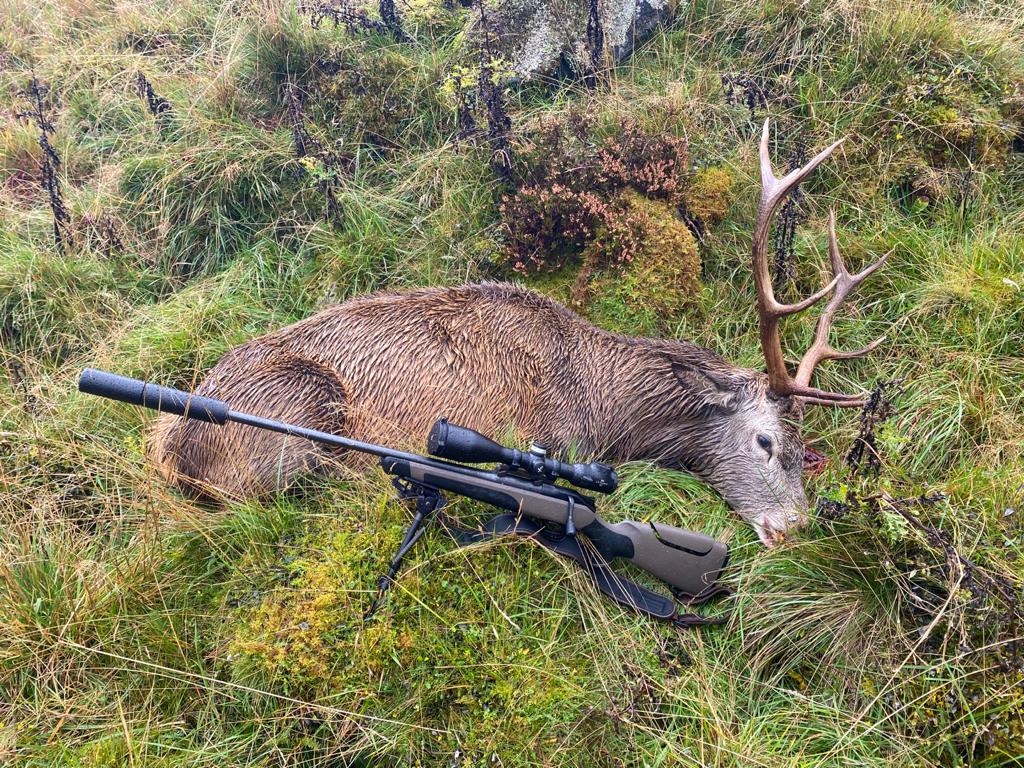 Doc Russia’s also Over There, but no reports of his activities.  (He’s probably sleeping outside in the rain, because USMC.)

As much as I enjoy being in Britishland, that weather is best endured by sitting in a warm pub with a roaring fire on the background: 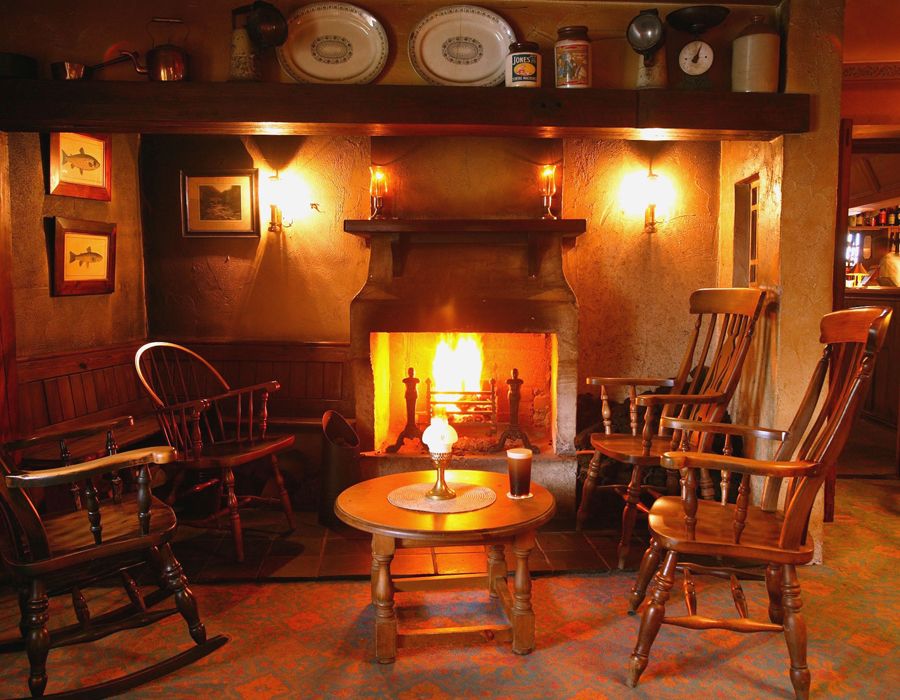 …and with the usual fare at hand:

That’s my idea of roughing it.  I’m too old for all that running around in the rain–freezing my nuts off–falling over screwing up my knee–without ever seeing a deer nonsense.

On my last trip up to Boomershoot, it was just me and the Son&Heir (aged about 16) in the old F-150 FX4 making the three-day-up, three-day-down journey.

…whereupon I stated idly:  “I wouldn’t mind retiring to a little cabin up there against the foothills”, to which the Son&Heir replied, “No, you can’t.”

And the fruit of my loins (and heir to my gun safes and their contents) proceeded to have the rest of this conversation all by himself, complete with the appropriate accents.

“Jack?  Sheriff Johnson here, up in Valley County.”
“Oh God, what’s he done now?”
“He’s shooting at trucks driving along the main road again.”
“Didn’t we take all his rifles away from him the last time?”
“Yeah, except his .22s.  And he’s using them now.”
“Why this time?”
“He says they make too much noise and disturb his peace.”
“But he’s as deaf as a rock.”
“Can you come up and talk to him?  Next time I’ll have to arrest him, and you know what happened the last time we tried to do that.”
“Is the deputy okay?”
“Well, he doesn’t have to use that walking stick anymore.”

“Dad, you have to stop shooting at trucks from the porch.”
“Why?  I gotta keep my eye in.”
“Well, for one thing, it’s against the law.”
“It’s a stupid fucking law.  Trucks are noisy;  isn’t there a law against making a public racket?”
“Dad, we talked about this last time.”
“And it’s only a little .22 bullet, anyway.  At that range, you’d hardly feel it even if it hit you, and anyway, I’m only aiming at the trailers, not the drivers.”

“Yeah,” the Son&Heir concluded, turning to me, “just tell me that all this could never happen.”

I had no answer.

…to all my Tribe Readers for tomorrow.