The other day, I caught a glimpse of Hot Mommy Christine McGuinness:

…and yes, she’s very sexy and has lovely legs, fine breastworks and all that.

Am I the only man who prefers women to be a little more feminine, and who misses the days when Laura Ashley was the designer of choice, with whites, pastels and soft floral prints? 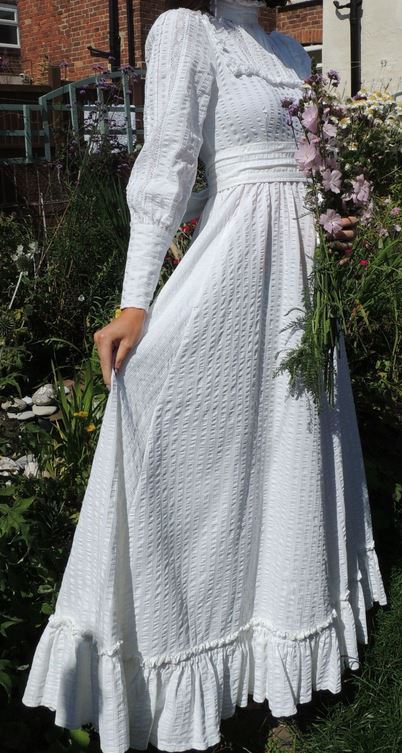 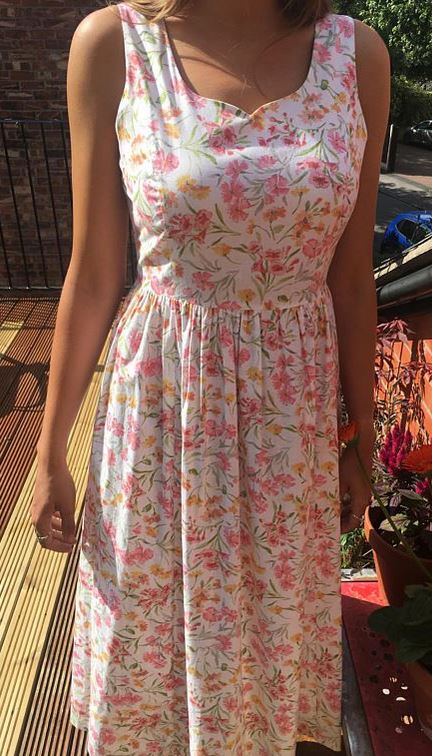 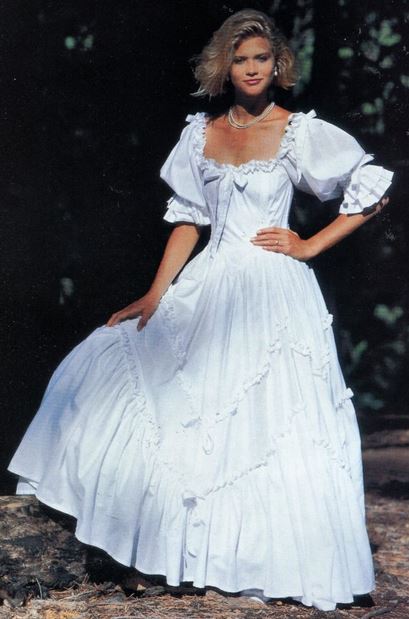 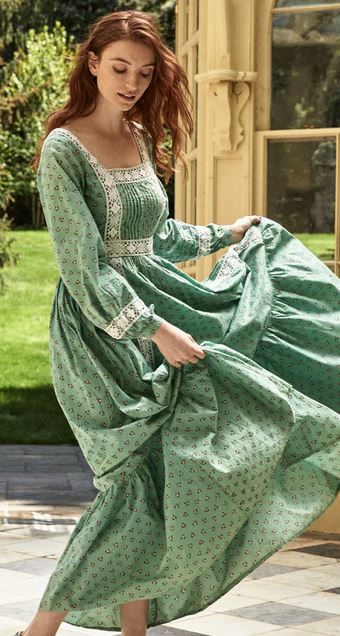 And the style can carry through to nighties, too: 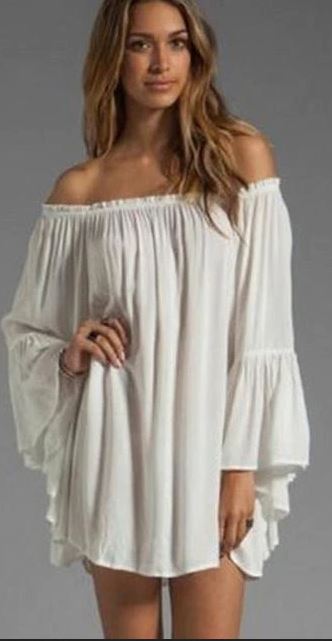 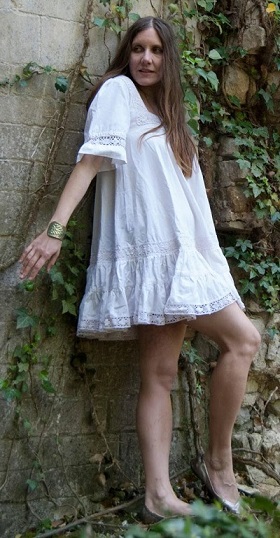 Was there ever a man whose heart would not beat a little faster when seeing that clothing in his bedroom?

From Andrea Shulman at the Daily Mail:

“The crypto currency FTX collapsed last week, losing $32billion of value overnight. Sam Bankman-Fried, the youthful founder once hailed as a crypto legend and now facing possible extradition to the US from his Bahamas base, is always seen in a pair of shorts.  So are we surprised by FTX’s downfall?  Not at all.  Why?  It’s simple.  Never trust a man who wears shorts outside of his holidays.”

What she said.  I don’t know or care what or who FTX is/was, but her last sentence resonates with me, as you all knew it would. 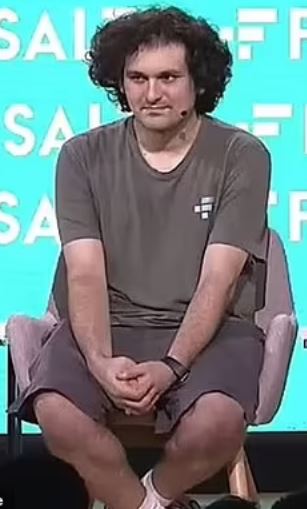 This look is so over, and even more so when billions of dollars are being discussed. 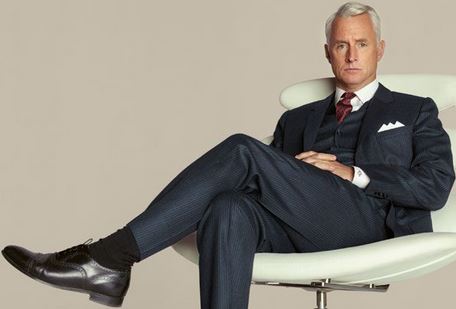 On the other hand, “crypto-currency” isn’t real currency either, so maybe the small-boy look is appropriate.

Last week we saw how a woman was sent home from work because her tits were hanging out of her dress. 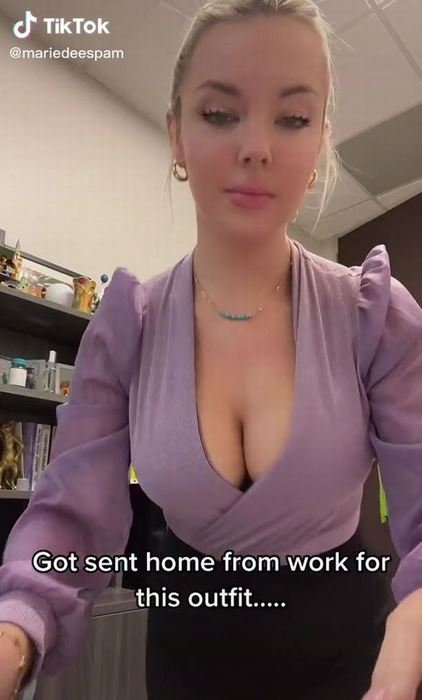 So she covered up completely, only to run afoul of HR once more:

The worker was wearing a midi length, high neck, black bodycon dress when she was approached by HR for the second time in a week about her ‘distracting’ and ‘revealing’ clothes. 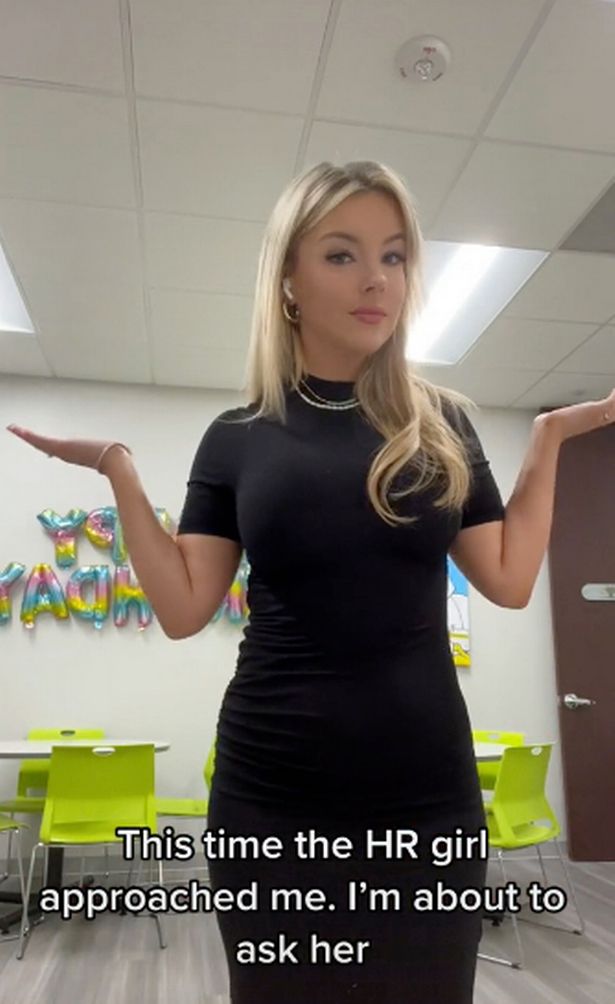 Yeah, the dress is tight-fitting, but it’s actually very modest.  I remember seeing women dressed like this not just as daily office wear, but for formal meetings.

There comes a time in everyone’s life when you simply have to tell HR to fuck off, and I think that time has come for our young lady. 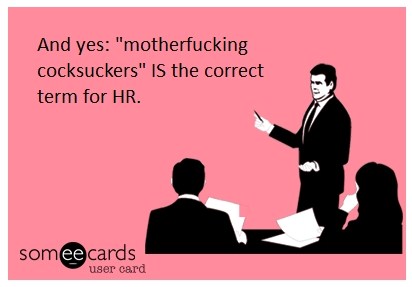 When it comes to morality, the modeling world is pretty much an untapped pit — unlike the pudenda of its denizens, which have traditionally been tapped more often than kegs at a German beer festival.

So forgive me if I’m untroubled by the teacupstorm of disapproval about supermodel Heidi Klum appearing alongside her (18-year-old) daughter in some Italian lingerie brand.  I know, you want to see what all the fuss is about, so here it is: 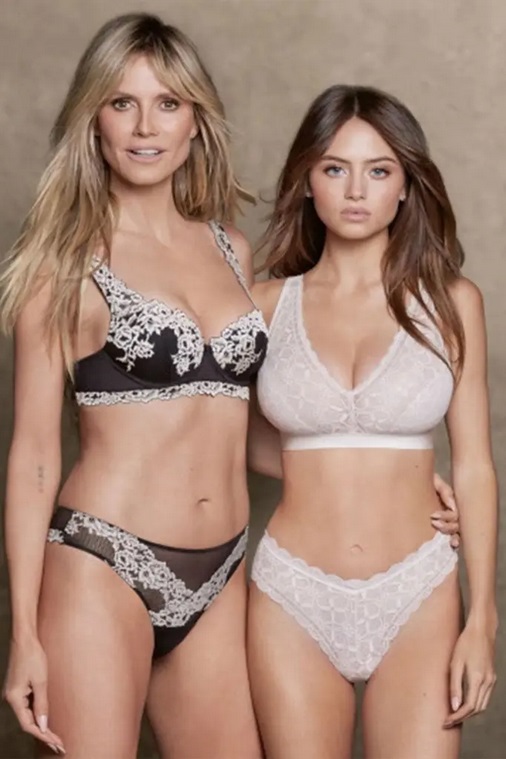 Several thing suggest themselves, of course:  Heidi is still beautiful at whatever her age is (couldn’t be bothered to look it up) and her daughter is very pretty, for any age.  And Italian lingerie companies collectively have the morals of stoats when it comes to the age of their models, so I’m frankly surprised that they waited till the girl turned 18.

And speaking of stoatish morality, one of the tut-tutters about this situation has been none other than Ol’ Margarine-Legs herself, Ulrika Jonsson, who in her younger years gave birth to four children by four different men:

“I would never pose with my daughter like Heidi Klum…. it’s wrong and makes me feel deeply uneasy” 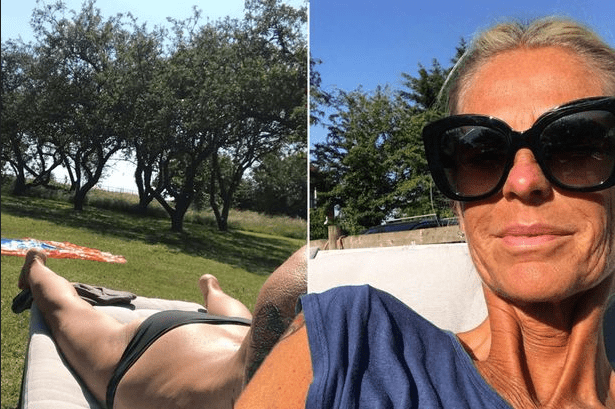 And by the way, she has no compunction about featuring herself with her daughter, just on an unpaid basis: 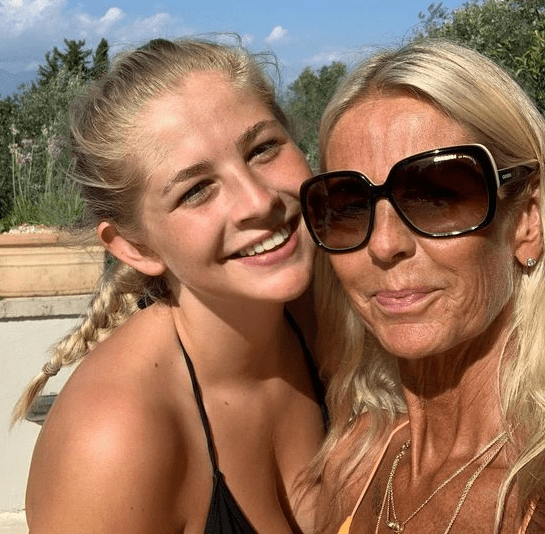 Ah, such self-righteous bollocks makes me sick. And no Italian lingerie company has offered any of these people, including the wrinkled and rather bedraggled-looking Ulrike, millions of euros to do any of that, so we’ll never really know just how strong their principles are.

Here are the pics which seem to have caused all the ruckus: 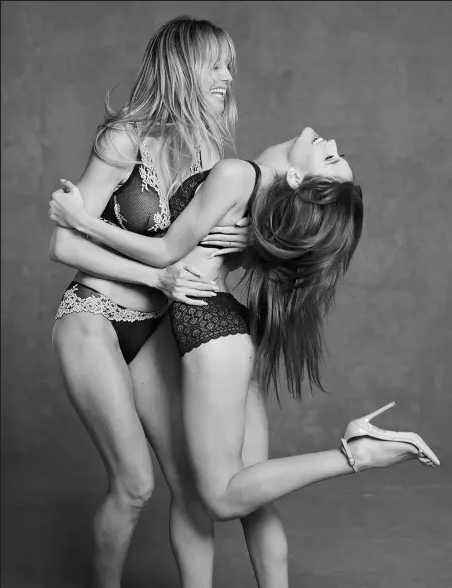 I think they’re quite charming, actually.

And like her mother, Lena Klum is gorgeous, with better boobs. 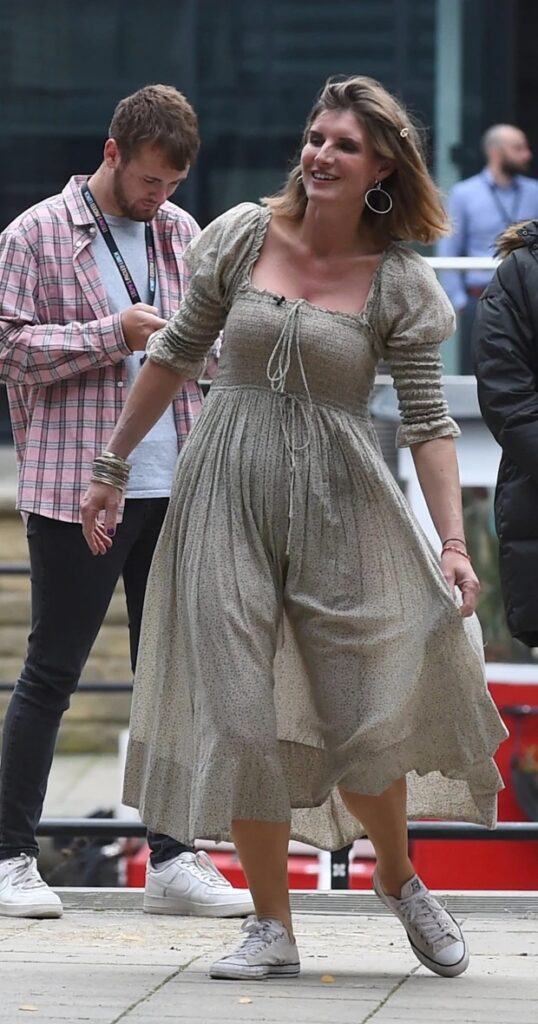 So this young couple got married, in a church, even.

The priest looked priestly, the bride looked lovely, and the groom: 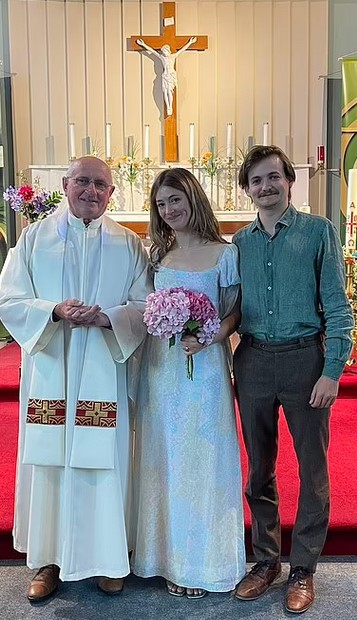 Seriously:  at some point this moron looked at all the clothing choices he had available for his wedding day, and decided on the Sunday Brunch Outfit?

I’m not a believer in the “body language” thing, but it’s no wonder the bride is leaning towards the priest rather than her poor choice of a husband.