Here’s something I agree with, but not for the reasons you might think.

But quite apart from the NIMBY (Not In My Back Yard) sentiment, my argument against the “But we have to put the prisons somewhere!” statement is simple:

There are literally dozens of uninhabited islands scattered around the shores of Britishland (e.g. in the Outer Hebrides or even the Shetlands) which could easily support a supermax prison.  Why, I ask, should a prison be built in a quiet country locale when it would be easier — not to say more secure — to dump the nation’s most reprehensible criminals in a place which has shitty, cold weather, as opposed to in the relatively-mild climate of Leicestershire? 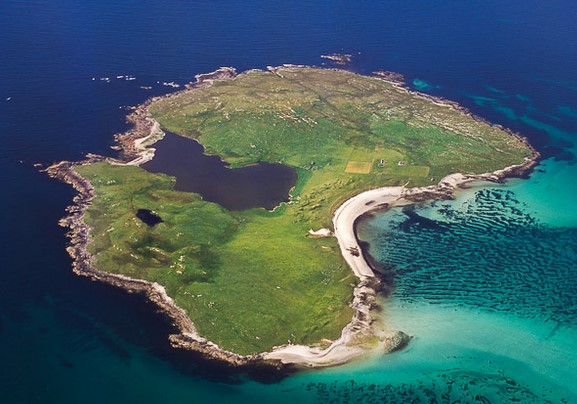 Yeah, the construction costs may be higher in the middle of the ocean — but offset those against the long delays and added costs involved with overcoming local opposition on the mainland?  Not so bad.

“What about power and water?”  How about a couple of windmills and a few solar panels (for those few hours a year when the sun actually shines) to provide electricity, and a small desalination plant if necessary?

It’s not like these animals deserve coddling, after all.

If I had the dough, I might buy this place:

Up for sale, this near-8000 square-foot property has five bedrooms and six bathrooms.  It was custom-designed and built in 2016 and sits on nearly 400 acres of rolling countryside.

The Arkansas house has a huge warehouse for parking cars, with more car spaces than bedrooms for people.  But the most amazing feature is a 1.2-mile race track that threads through the countryside around the property.

…as long as there was room left on the property for a 100-yard rifle range.  And I’d convert one of the larger garages into an indoor pistol range.

But that’s just me.

The latest news is that property prices are falling… well, in these ten cities anyway.

Running a skeptical eye down the list, it surprises me that any properties in these shit-hole cities ever experienced a housing price increase in the first place.  I wouldn’t live in any of them for free.

Although I specifically asked for people not to comment on the land / house choices in this post, some people still did;  but then again, these are my beloved Readers [sigh]  who take orders from no man, and color over the lines whenever it suits.

Anyway:  the choice of land.  I wouldn’t want to live in the total boonies (I’d have picked Alaska, then), hence my choice of location.  The thought of being trapped in the house because of some sudden and massive snowstorm when I need to get my prescription filled at the drugstore does not not appeal to me.  So I’d prefer to live close-ish to a decent-sized town with at least some pretensions of sophistication because my idea of fine dining is not Applebee, and I’d like the local food stores to carry more than canned food and Kraft cheese.  It’s been a while since I was in Missoula and despite the presence of Lefties, hippies and suchlike filth, I enjoyed my time there.  (There’s no Dunkin, but that’s why online purchasing was invented and anyway, every time I go into a DD, I walk out with a dozen donuts and my doctor doesn’t support that action.)

160 acres, while sniffed at by some, would suit me because it can accommodate a 100-yard range without terrifying the neighbors.  Also, it’s a manageable size because I could put up signs on every other tree on the property line saying things like, “If you hunt past this point, you will become the prey.  Ask owner for details.”

I chose a log cabin because New Wife has always wanted to live in one.  I know about the upkeep issues, but I’d pay someone to take care of it.  As for the floor plan:  I’d use the walk-out basement for manly pursuits like cleaning guns and playing snooker.  The size works for the two of us, and it’s easier to heat or cool a smaller space.  My days of living in a 4,000-sq.ft. house are over.

I didn’t even mention my choice of truck because that would have given rise to a tributary of endless argument;  but here we are, so here we go: 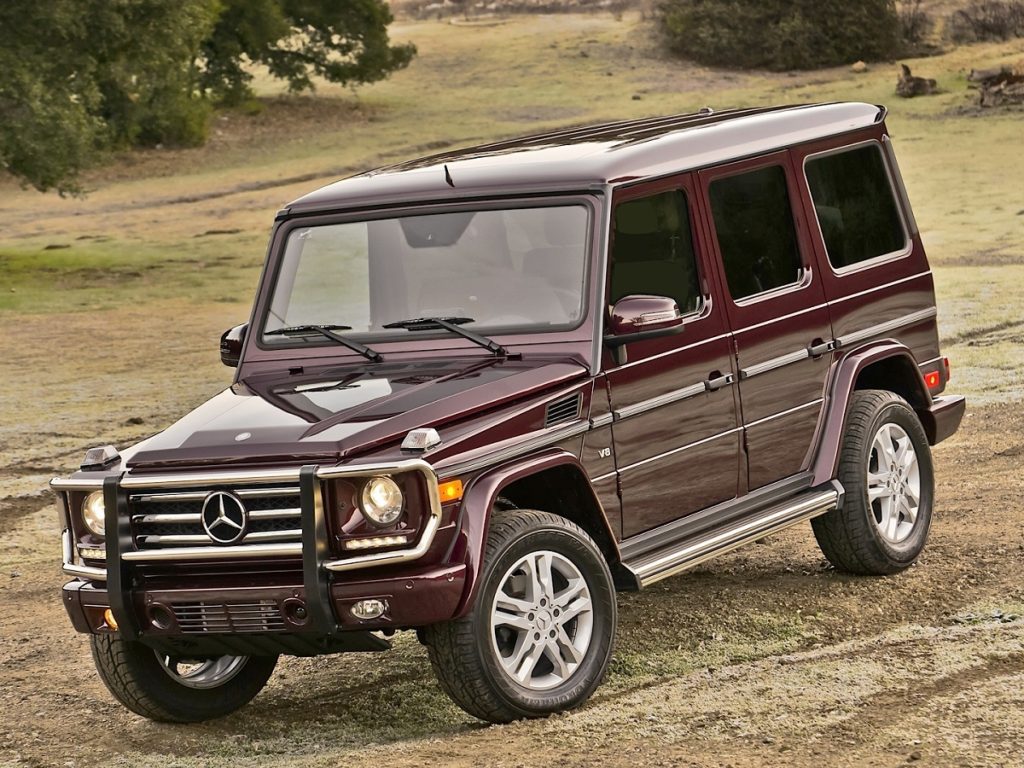 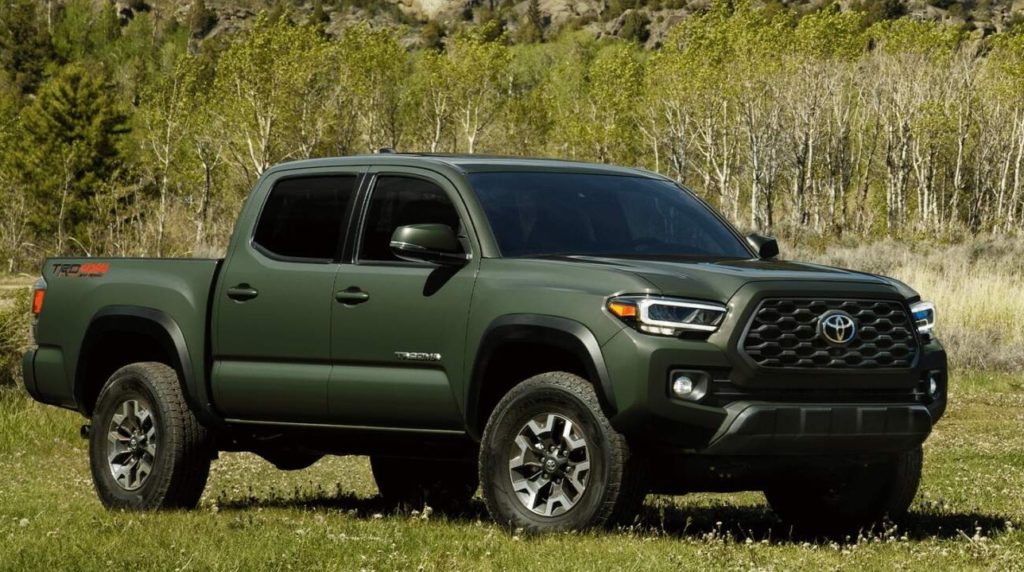 Yes, Missoula has both a Mercedes and Toyota dealership for servicing and repairs, if needed.  I’d want a serious 4×4 in case of inclement driving conditions, and nobody has ever said the G550 doesn’t have the necessary oomph.  And the Toyota Tacoma/Hi-Lux is the pickup choice of revolutionaries all over the world, so ’nuff said.

At least nobody sniffed at my choice of guns (see below for the reminder). END_OF_DOCUMENT_TOKEN_TO_BE_REPLACED

Quite a rumpus has ensued following this man’s gentle reminder that private property is, in fact, private:

A homeowner has divided opinion by coming up with a unique method to stop people taking a shortcut across his front lawn.
CCTV footage posted on TikTok shows several people getting soaked by an automatic sprinkler if they get too close to the man’s house.

At the heart of all of this is the extended form of socialism which gives people the “right” to disregard someone else’s property rights just because it’s a “shortcut” (i.e. they being too lazy to walk an extra few yards along the sidewalk).

And if a mild soaking seems outrageous, consider anti-personnel mines, which ia what I might have considered in his situation.

Posting may be a little light today, as New Wife returns home first thing tomorrow morning, and I have a little errrrr cleaning up to do chez  Du Toit before that happens: 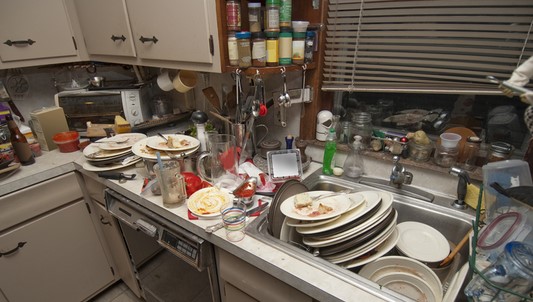 …if you know what I mean.

Hey, at least there aren’t any dead hippies, unlike last time.