I blame my parents.  Had it not been for them, my life story would have been quite different (never mind non-existent).

Neither parent came from aristocratic nor even middle-class stock, in fact quite the reverse:  my father was a farm boy, later a welder and boilermaker, still later a civil engineer;  my mother was a miner’s daughter, secretary and later, a housewife.  Not the most promising ground for a young boy to grow into something much.

Yet they both had one burning desire:  to make their children more educated, and in those days in once-colonial South Africa, this meant sending both me and my sister to expensive private schools — state-run schools then, now and forever, no place to become educated.   The other course they decided on was that we children were to be raised as English-speakers primarily, and bilingual Afrikaans a distant second.  For my father, an Afrikaner who could trace his roots all the way back to pre-colonial South Africa and who spoke only Afrikaans until he met my English-speaking mother, this was no small thing;  but as a student engineer, he’d struggled mightily because back then, there were no Afrikaans textbooks for engineering so he’d had to learn to understand English at the same time that he was grappling to learn engineering.  Even so, he’d never read Shakespeare or any of the vast treasures of English literature, and never would.  As a result, he vowed that his children would not be brought up with that linguistic handicap:  so off we went, to St, John’s College and St. Andrew’s School for Girls respectively.

The “colonial” part of the above cannot be overstated.  South Africa had been a British colony for a long, long time:  the Cape Province and Natal since 1806, and the rest of the country since the conclusion of the Boer War in 1902.  While the Dutch (later Afrikaans) influence was significant, the overwhelming influence of the culture was English, and by “English” I mean pertaining to England and not to Great Britain.

Hence, St. John’s College was a brother school to England’s Eton College and not Scotland’s Gordonstoun, for instance.  In some areas of South Africa, a large proportion of its White inhabitants spoke no Afrikaans at all, and even in cosmopolitan Johannesburg, speaking Afrikaans was often seen as “low class” among the upper-upper crust, and Afrikaans words were Anglicized.

The “class” ethos was completely embraced by the English-speakers, even though actual titled families and the scions thereof were practically non-existent.  Most recent British immigrants were of middle-class or (some) working-class stock, and they embraced the English class structure with vigor.  In Pietermaritzburg in Natal Province, for example, the highlight of the social calendar was the annual Royal Agricultural Show, which resembled nothing as much as an English institution like the Chelsea Garden Show, and was run for many years by Mark Shute, a Brit by birth and an Old Boy from Marlborough School in Wiltshire.

And the appellation “Royal” could be found all over the place, in its original meaning of “As appointed by His/Her Majesty”, as could institutions named “King’s” or “Queen’s” (e.g. King Edwards School and Queen’s College).

As a result, we kids raised in this atmosphere were steeped in English culture — until 1961, we sang “God Save The Queen” at the end of a movie, and as late as the 1970s, people would clap when members of the Royal Family appeared on movie screens (well, half the people anyway:  the Afrikaners would stand stonily silent).

And this English culture was firmly rooted in the past:  Victorian, Edwardian and that of the 1910-1960 era.  The morals, virtues and values were all English circa  1820-1960:  fair play, cricket, infra dig., formal teatime at 4pm, “that’s just not done, old man” and even noblesse oblige  (sans any noblesse ) and all that.

As one of the people raised in this tradition, therefore, it should come as no surprise at all that I espoused, and still espouse that tradition.  My schooling and cultural upbringing were always steeped in reverence for tradition, said tradition pretty much ending just before the Swinging Sixties [spit], and even though I as a callow youth embraced the latter with a vengeance, I would drop it like a hot rock whenever it came time for the Old Boys’ Banquet at the Rand Club or College Gaudy Day (in American parlance, homecoming), and don the formal attire required for said occasions.

So therefore it should also come as no surprise at all that I revere occasions such as Test cricket at Lord’s, the Badminton Horse Trials and, of course, the Goodwood Revival (any of which, I should state, I would rather attend than the British F1 Grand Prix — and you all know how much I love Formula 1).

Even being called a “colonial type” (a slight insult in the U.K.) brings not anger or resentment but a warm feeling in me.  I may not have been born in the right time or place, but that doesn’t mean I don’t love it.

Thus, I am enormously attracted to the prospect of a return visit to Lord’s, High Tea at Fortnum’s, donning the Harris Tweed to go birdshooting with Mr. FM at Lord Someone’s estate, and attending the Goodwood Revival dressed in period clothing (which hasn’t changed much — duh! — from the aforementioned attire for shooting).  And those are just some of the activities which jump to mind.

It all hearkens back to my upbringing and brings with it a longing for a gentler, more gracious era, and my being an entrenched conservative, this too should be unsurprising to anyone who knows me.

And it’s all thanks to my parents.

Here are a few of the aforementioned occasions and artifacts: 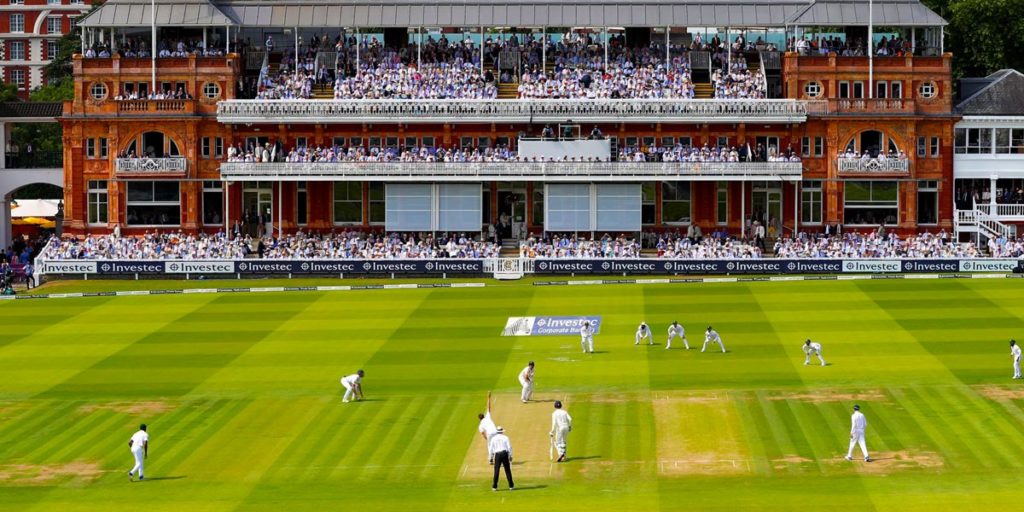 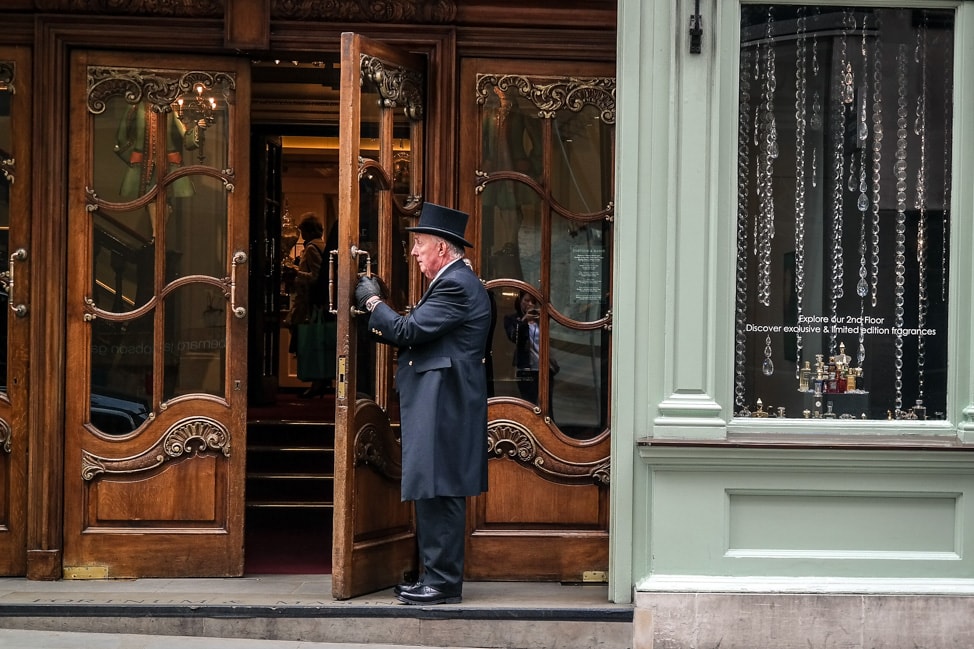 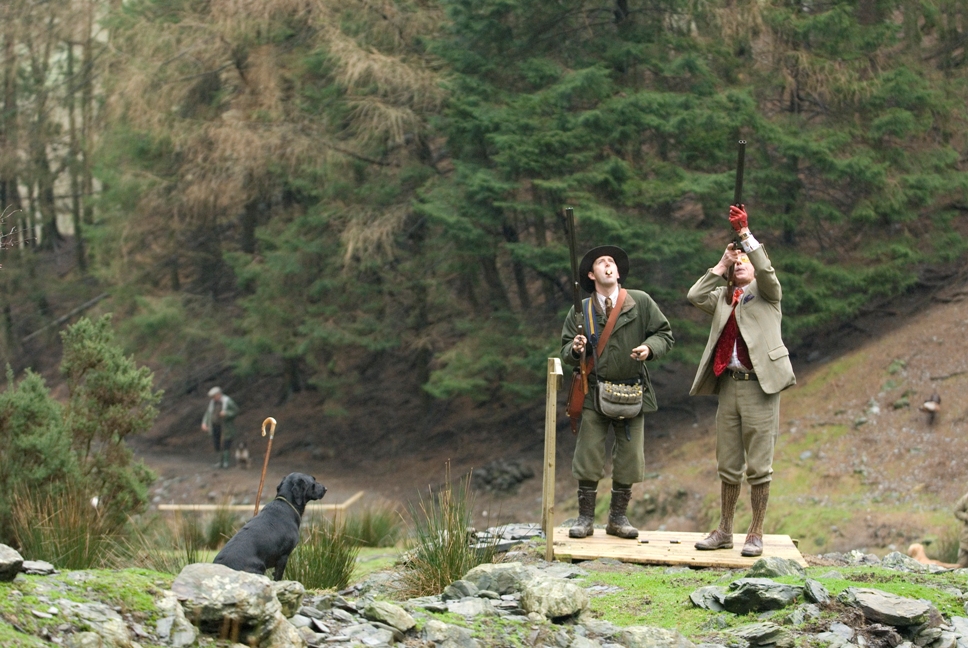 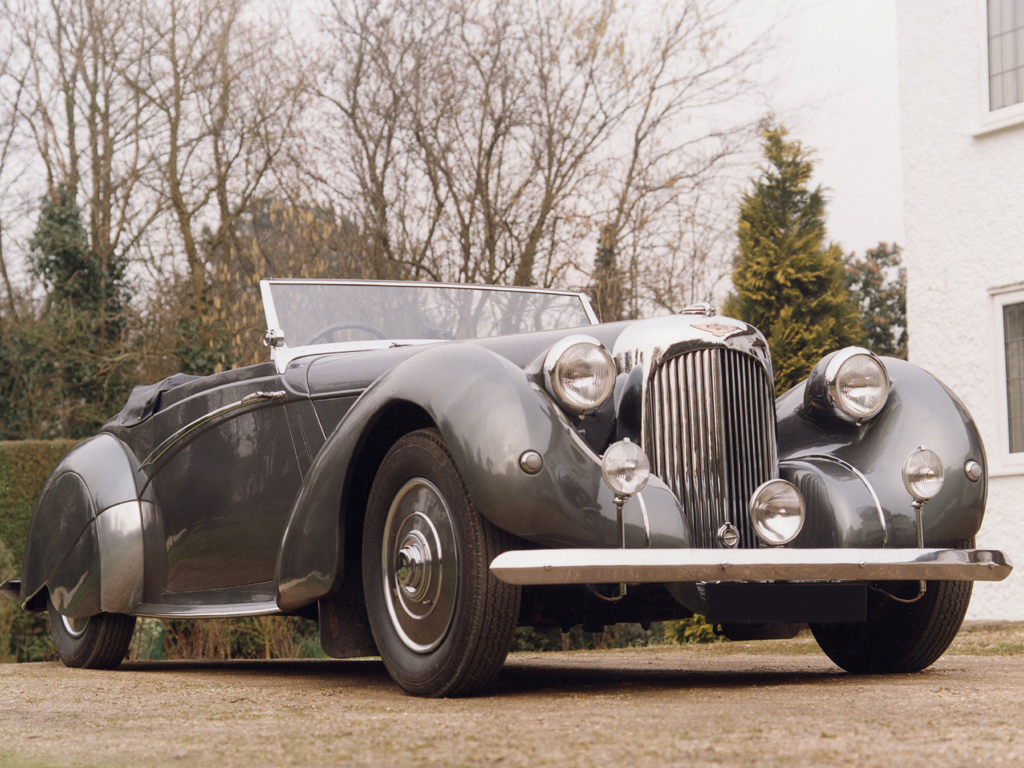 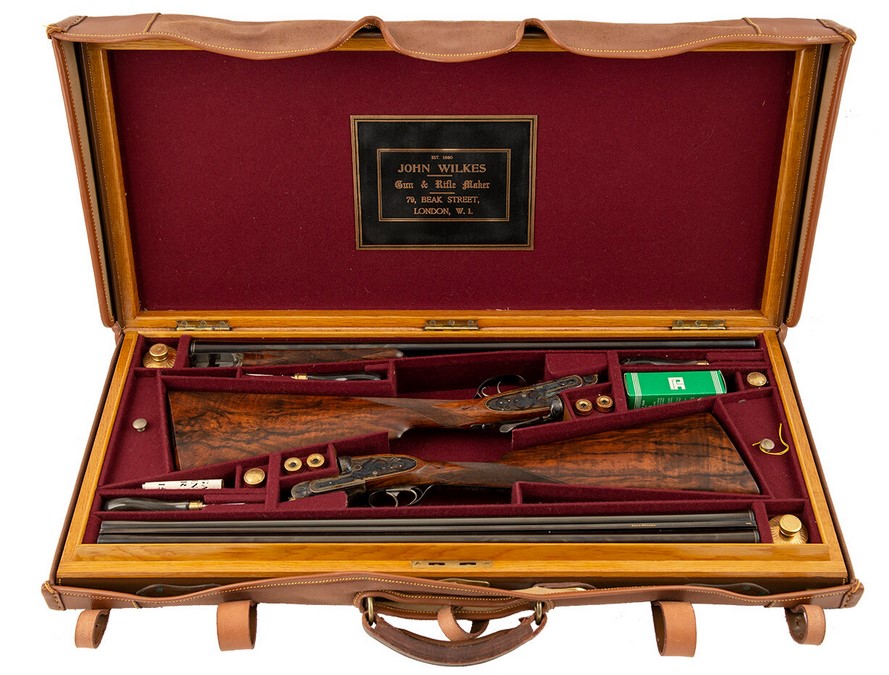 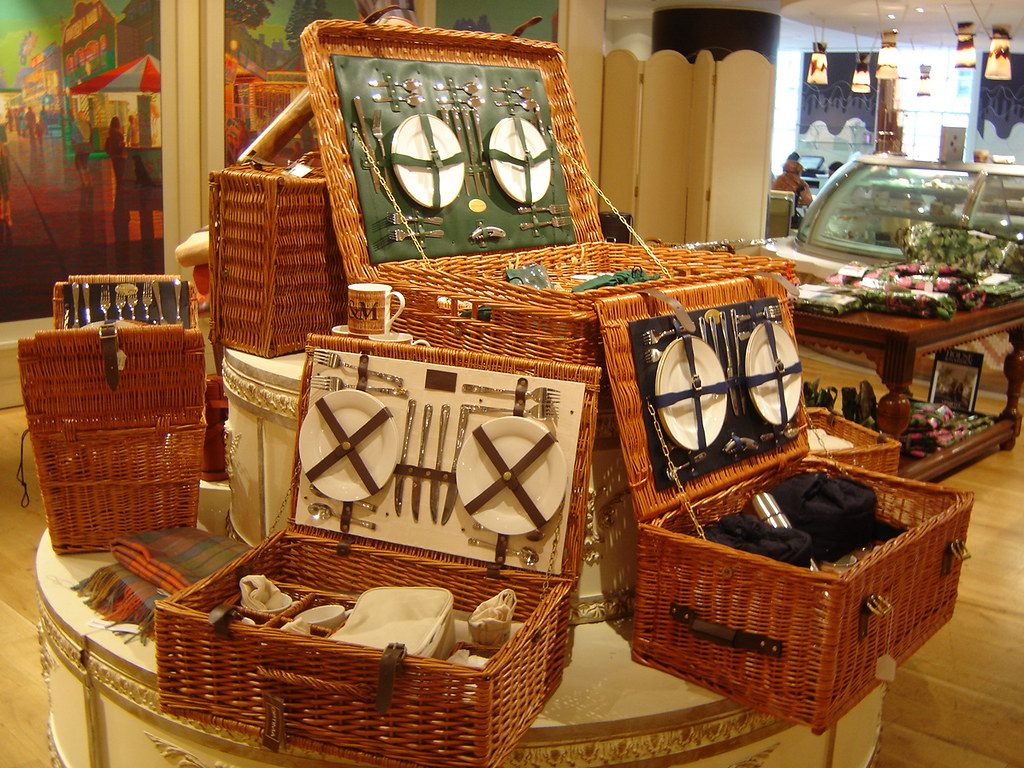 I have to stop now, or we’ll be here all day.

Asheville, NC is now a top ten city for violent crime, having lost more than a third of their police force since “defunding” the department. Like many college and tourist towns, being about 90,000, it is politically far-left.
If history is any indicator, the rich leftist will flee to the next idyllic or picturesque small or midsized town. This is already happening, particularly with jobs that can be done remotely (college educated primarily). Thus, small-towns are becoming a sign of “privilege.” Rest assured, as this ramps up, more small cities will be lost to leftism.
However, the town they abandon can potentially (if they’re bad enough) be lucrative for vulture investing. By this, I mean…
Buy up large tracts of real estate for pennies on the dollar and then move large contingents of right wingers into those regions… probably by offering really good deals (such as rent to own after ten years so that they don’t just flip it), including helping young people who want to start families and so on. If the town is small enough, a thousand voting age people might be enough to swing a city-council overhaul, which would afford us a few years of political control to shore up our position by bringing in more right wing people and businesses.

Read the comments underneath, too.

That makes me think very hard about moving to a small town.

When they write the obituary of the Republican Party and, for that matter, the republic itself, they may as well just use this lament in its entirety.

Raised to be a Republican, I held my nose and voted for Bush, the Texas-talking blue blood from Connecticut who lied us into 2 wars and gave us the unpatriotic Patriot Act. I voted for McCain, the sociopathic neocon songbird “hero” that torpedoed the attempt to kill the Obamacare that’s killing my family financially. I held it again and voted for Romney, the vulture capitalist skunk that masquerades as a Republican while slithering over to the Democrat camp as often as they’ll tolerate his oily, loathsome presence.
And I voted for Trump, who, if he did nothing else, at least gave a resounding Bronx cheer to the richly deserving smug hypocrites of DC. Thank you for that Mr. President, on behalf of all of us nobodies. God bless you for it.
And now I have watched as people who hate me and mine and call for our destruction blatantly and openly stole the election and then gaslighted us and told us that it was honest and fair. I am watching as the GOP does NOTHING about it. They’re probably relieved that upstart Trump is gone so they can get back to their real jobs of lining their pockets and running interference for their corporate masters. I am watching as the media, in a manner that would make Stalin blush, is silencing anyone who dares question the legitimacy of this farce they call democracy. I know, it’s a republic, but I am so tired of explaining that to people I might as well give in and join them in ignorance.

I think she’s speaking for all of us. 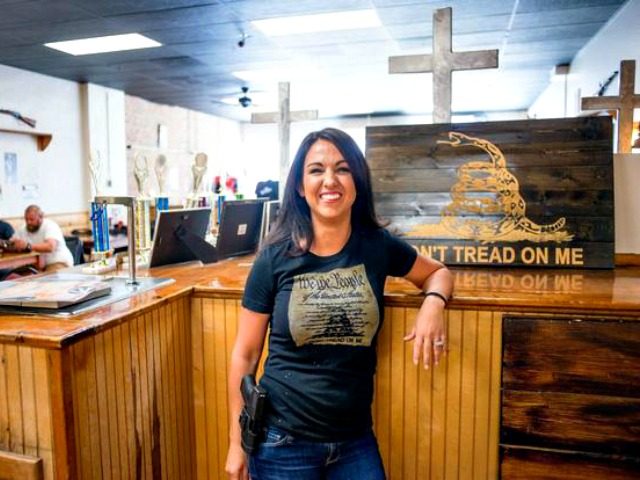 So some conservative rich guy buys into a Lefty media organ, whereupon the Commies lose their shit.

Major Republican donor Paul Singer has just purchased a big stake in Twitter and is reportedly pondering changes, among them getting rid of the present CEO, Jack Dorsey, according to a report in The Guardian.

Sucks when it happens to your side, dunnit?  You totalitarian motherfuckers. 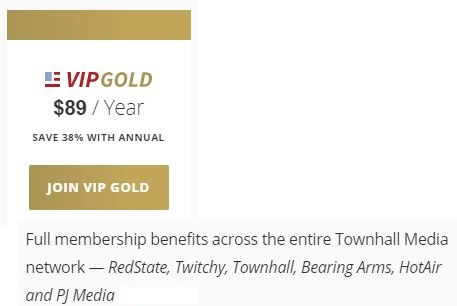 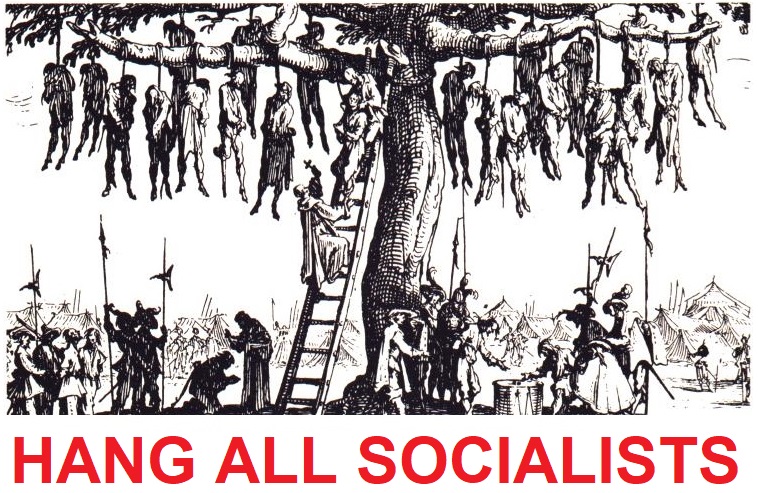