Longtime Readers may recall that I’ve confessed to a guilty pleasure: reading writer John Sandford’s novels (both the Lucas Davenport- and Virgil Flowers sagas). Well, old Lucas is getting a little long in the tooth (although his latest career move seems to have rejuvenated him), and I’m a little iffy about Virgil Flowers’ character, so subconsciously I’ve been looking for a replacement guilty pleasure — and I think I’ve found it.

Ladies and gentlemen, allow me to introduce Volker Kutscher‘s Inspector Gereon Rath of the Berlin CID’s Homicide Division. Except that whereas Davenport and Flowers are both set in contemporary Minneapolis, Rath is busy solving murders in Depression-era Berlin — to be specific, 1929-1938: one of my all-time favorite periods of history, and my dream setting for a novel*.

I think Rath is one of the best characters in fiction, of any genre, and I am so fortunate to have discovered him. (By the way, I found Babylon Berlin by chance at Foyle’s Books, which makes up for my disappointment at their “modernization” of the venerable establishment.) I read the novel in one night, and went straight back the next day to buy Silent Death.)

And the novels really are terrific: as I said, Babylon Berlin took me just one night to read and Silent Death only a little longer than that, because I didn’t want it to end quickly, so much was I enjoying it. Sadly, only these two (of the half-dozen Rath novels extant) have been translated into English so far, so I won’t be able to binge-read them; but you can be sure I’ll buy the rest as soon as they’re available. (Sadly, my conversational German is adequate, but my literary German is schrecklich, so I’ll just have to be patient.)

Even better, Babylon Berlin has been made into a 16-part TV series for German TV, so if anyone from Netflix is reading this… oh, wait: someone’s on the ball already. I can’t wait.

*I was contemplating writing a companion piece to Vienna Days, to be set in 1928 Berlin, but there’s no need now: Kutscher has relieved me of the responsibility. So: 1900 Budapest it will have to be.

Some tool of an academic [redundancy alert] named Ken Storey suggested that for Tropical Storm Harvey’s deluge on Texas, “I don’t believe in instant Karma but this kinda feels like it for Texas. Hopefully this will help them realize the GOP doesn’t care about them.”

Naturally, because he’s just a sociology professor, Storey wasn’t to know that Houston’s Harris County (which bore the brunt of the storm’s fury) actually went for Hillary Clinton in 2016, so perhaps this “karma” of which he wrote was actually punishment for them… if I believed in that karma nonsense, of course, which I don’t.

Regardless, maybe the real karma is that the shithead has since been fired by his employer, University of Tampa. Maybe he can blame that on Trump, just like all his little Leftist buddies do whenever catastrophe strikes.

I have to say that ordinarily, I wouldn’t agree with his firing simply for expressing an opinion. I would, however, suggest that someone in a position of public trust (i.e. a teacher) who acts like a total dickhead definitely needs a lesson in manners. Firing him is no good — he’s sure to be welcomed with open arms somewhere like Oberlin or UMass — and I’d have simply demoted him or suspended him without pay for a couple semesters.

But hey, if it makes other Lefties think twice before yapping their nonsense, maybe this will be worth it. 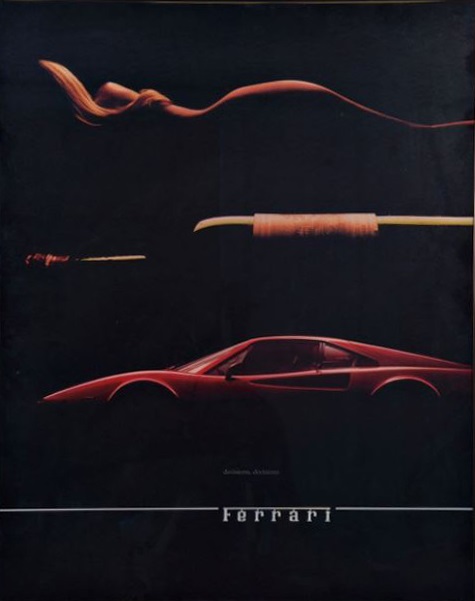 I was not here over the weekend. Feel free to follow the link to find out why. Okay, here’s a hint: 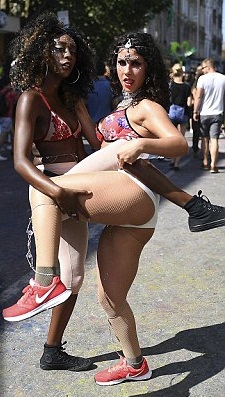 Nor, for that matter, was I here. Another hint as to why: 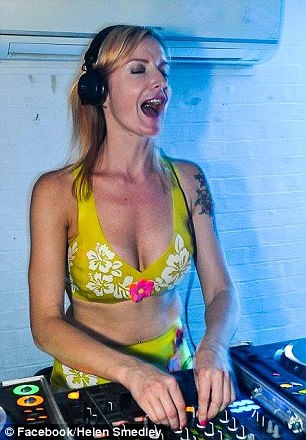 Instead, I was over at the King’s Arms with the Englishman, listening to a local band performing on the pub’s lawn: 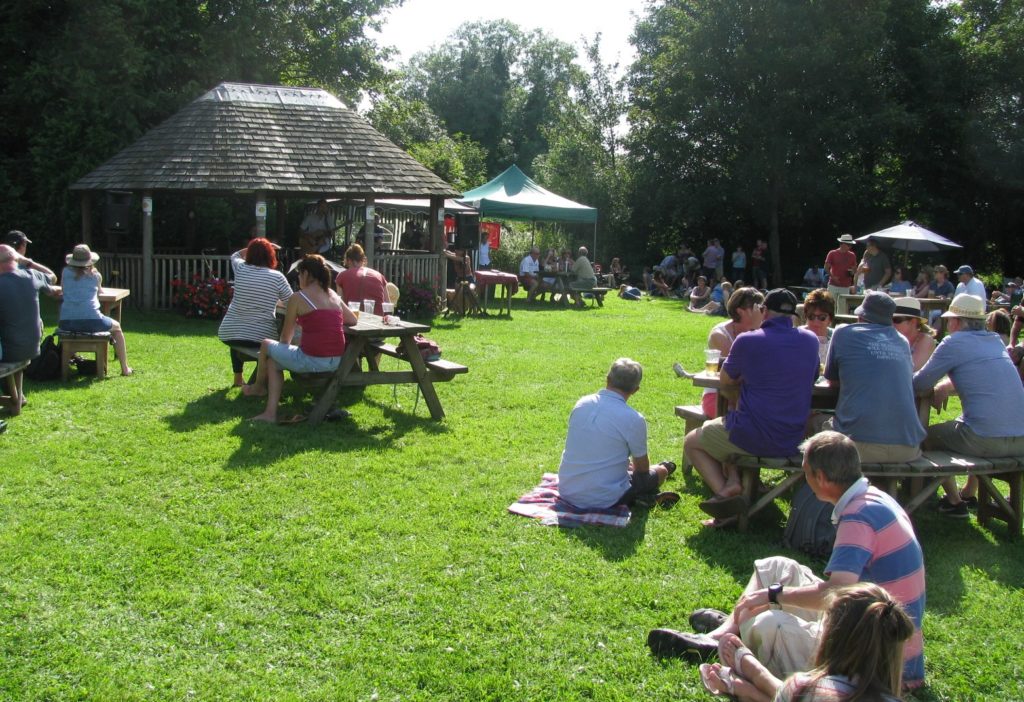 No police presence required, no obnoxious displays of flesh, no loud noises (other than the occasional burst of laughter from Yours Truly back in the pub); just families having a good time on a gorgeous summer’s day. Catering was likewise discreet: 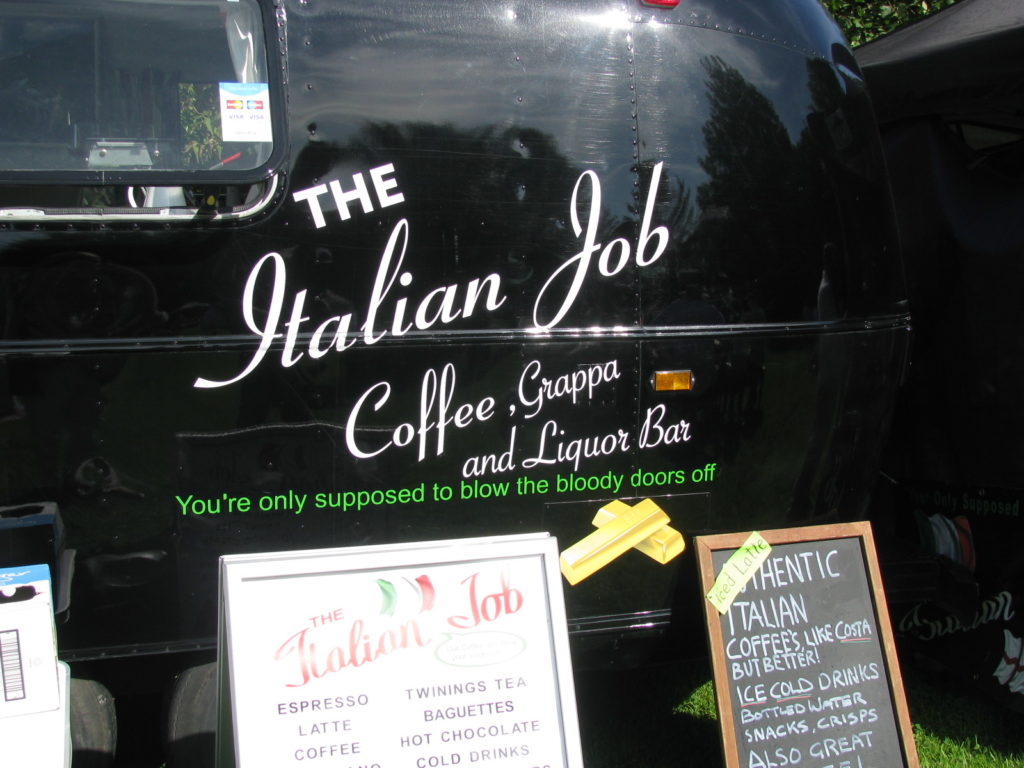 …and provided locally-made hamburgers and sausages: 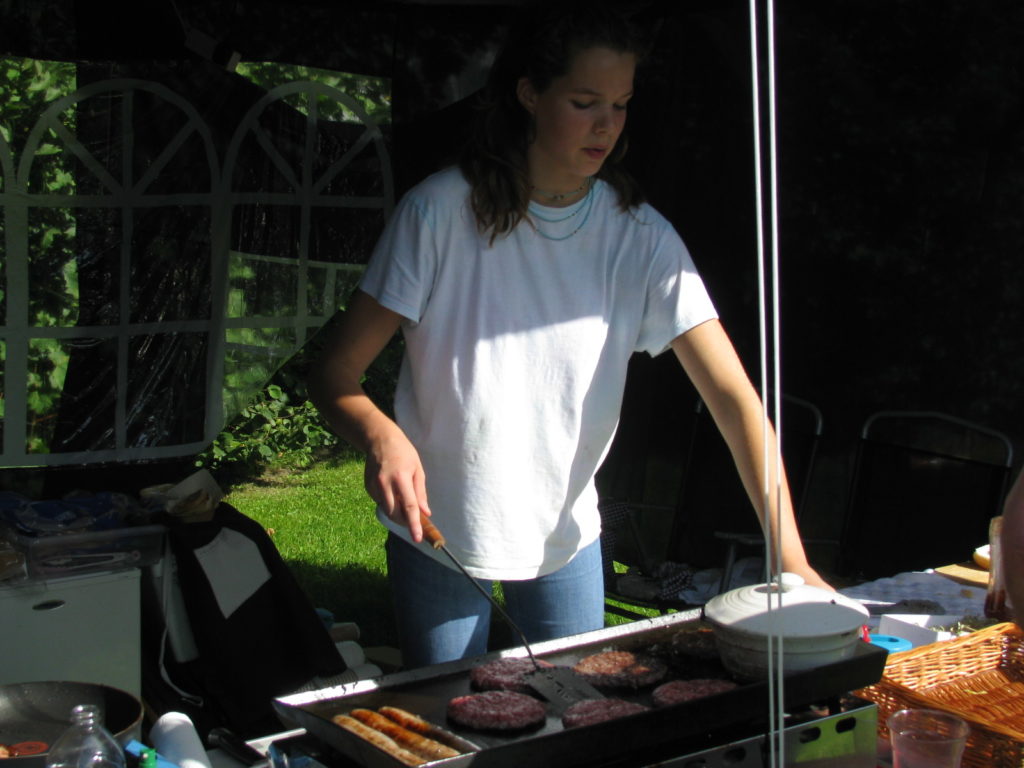 Altogether, I think you’ll agree that I had the better time of it.

Let’s suppose for a moment that you find yourself in a perilous situation, and have to call 911 — only the responding officer deduces from your accent that you’re Black, and therefore not worthy of immediate assistance. Imagine the furor if this was made public.

“Increasingly, as we go forward we will look at things like trying to assess people and crime on the sort of threat, the harm, the risk and people’s vulnerability.

“It’s absolutely feasible that if my neighbour is a vulnerable elderly person who has experienced a particular type of crime, that she gets a face-to-face service that I don’t get. So we triage things, we assess people’s vulnerability.

“Vulnerability can manifest itself in a number of ways – people with learning difficulties, a whole range of things, some people for whom English isn’t a first language.

“That’s about how we get those resources focused on the things you can make a difference with. But also, as demand grows, you have to have a way of controlling and triaging.”

Now as any fule kno, what this Plod is really saying is, “If you don’t increase our budget, we’re going to have to look at foolishness such as this, because crime is on the increase and we’re stuck with the same resources.”

Nevertheless, do you think for a moment that he’d keep his job if this were the U.S., and he’d made comments similar to those with which I opened this post, just to argue for a bigger budget?

Yet he’s not going to get fired, because I’ll bet that a whole bunch of people over here are just going to nod, and say, “Well, we’ll just have to accept this.”

*For my New Readers, “RCOB” stands for “Red Curtain Of Blood”, such as that which comes over your eyes when you read foolishness like the above.

British police have disclosed the type of handgun most often used in criminal activity in the U.K. It is the sinister-looking Beretta 9000S: 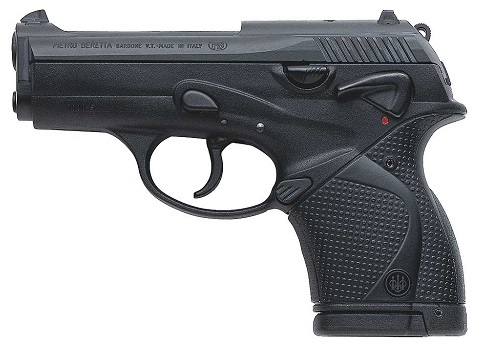 Loyal Readers will know, of course, that this is doubleplusunpossible, because handguns are banned from private ownership in Britishland, and therefore this report cannot be true.

“Up to 19 shootings” in the past year — or, as they say in Chicago (where handguns are almost as much controlled as in Britain), “the average Friday night”.