You have to hand it to the Gun Control Party*:  they never seem to realize that the liquid running into their eyes is blood from continuously beating their fool heads against the wall of conservative, Second Amendment-loving Texas.

Every single one of these has been copied and pasted, so to speak, from years gone past;  all have gone down in flames or else been “tabled” without making it out of committee.

And lest we forget, the Texas Legislature is only in session for six months every two years.  Amongst other things, they have to build, debate and pass a two-year budget — which the U.S. Congress can’t do in a full year — and ours have better things to do than debate this foolishness in the short time available to them.

*Actually, what I’d like to hand to them is their own severed heads on a pike, but we can discuss that some other time.

Here’s the latest good news for our side, and bad news for them:

The NSSF observed that there were 711,372 NICS checks “during the week leading up to and including Black Friday.”

For example, on October 6, 2022, Breitbart News reported retailers had sold over one million guns a month for 38 consecutive months.

You have to ask yourself about the Gun Control Set:  “Why do they even bother, anymore?”

I mean, if you look at the thing clinically, the whole concept starts with that innate human characteristic, that instinct of self-preservation that has been baked onto your genetic structure, perhaps only alleviated a little by the “fight or flight” reaction to danger.  So there has to be an enormous amount of cognitive dissonance to resist that impulse, and I can only think that it’s assisted by constant propaganda of the “guns are evil” mantra of the media and politicians.  On the one hand, you have people who are genuinely upset by violence (and there’s nothing wrong with that) but think (mistakenly) that removing weapons from individuals will end violence;  and on the other hand, you have the malignant power-seekers for whom an unarmed populace is the sine qua non  for societal control.  (There is an overlap between the two groups, and I’ll address that later on when it becomes more relevant to the discussion.)

Then, of course, came a group of wise men in 1779 who, when starting up a new country pretty much from scratch looked at the situation and said, “The natural instinct for self-preservation is so obvious, only a fool would attempt to gainsay it.”  (Okay, they called it a God-given right, but it’s the same thing, really.)  And having just escaped the clutches of a tyrannical* government a couple of years earlier, they were even more mindful of the fact that men needed tools to resist those bastards who would want to control whole populations.  But then came an even wiser man who realized that one day there would be fools who would want to take away that God-given right, and governments who would work really hard to do so, and so he said, “Right.  We’re actually going to codify this thing so that even a moron can understand that the right of people to self-defense (both personal and societal) cannot simply be legislated away by some asshole that may look like John Kerry, Chuck Schumer or Joe Biden,”  and thus, the Second Amendment to the Constitution.

And yes, over the years that followed the anti-weapon hoplophobes were able to chip away at that natural and legal right, as the government had been reasonably successful at preventing bad people from inflicting violence on innocent people and society at large.  So people were duped into thinking that just because some mope shot at a President with a mail-order Italian WWII military-surplus rifle, therefore nobody else should ever be able to order a rifle from Amazon;  or that when the Constitution was written the authors thereof didn’t know about AK-47s — an efficient semi-automatic rifle being way more dangerous than a muzzle-loading musket and therefore should of course be banned — without realizing that muskets are all very well, until the government brings AK-47s (or their Mattel equivalent) to a little oppression party.

All this was fine and dandy until the Third American Revolution began in, of all places, Ferguson, Missouri and people suddenly realized that the government, largely composed of knaves, cowards and Socialists (some overlap), was no longer going to guarantee the safety of innocent people against mobs of murderous thugs and vandals.

Which is why, as the above article points out, ordinary people have gone out and bought over 38 million guns since Ferguson  — to the surprise of absolutely nobody except the hoplophobes and government stooges.

One would think, returning to the original question posed at the top of this post, that supposedly intelligent and rational people would see the absolute common sense of all this, and say, “Screw it.  There’s no point in trying to overcome this gun ownership thing, because doing so is just a stupid and futile gesture and so we’re not going to bother with it anymore.”  And indeed some have:

Gun control advocate Sen. Chris Murphy (D-CT) said Sunday that Democrats in the Senate “probably” do not have the votes to pass a ban on “assault weapons.”

But these hoplophobes are people who have attempted to deny basic human nature, and their government allies have attempted to suppress it;  so I suppose it’s just a battle which we’re going to have to fight over and over again, ad infinitum et nauseam.  And speaking of idiots, there’s this statement from President Braindead:

“The idea we still allow semi-automatic weapons to be purchased is sick,” said Biden. “It has no socially redeeming value… Not a single solitary rationale for it except profit for the gun manufacturers.”

My only regrets are that a) we didn’t get to 200,000 NICS** checks last Friday, and b) the purchases weren’t all semi-sutomatic rifles.

*the concept of “tyranny” is very much a relative one;  the Founding Fathers may have thought that a 3% consumption tax on tea was iniquitous and therefore justified rebelling against the greatest world power since the Romans, so we can only guess what their reaction would be to a government which takes away over a third of a person’s wages at gunpoint, and The People just shrug and say, “Okay.”

**yet another little institution which would cause the Founding Fathers, were they alive today, to reach for their AK-47s.

So Oregon’s prospective gun owners are going to get it in the shorts:

Gun sales more than doubled in Oregon with Ballot Measure 114 (BM 114) pending, and Oregon State Police are struggling to keep up with the demand for background checks.

KDRV reports that BM 114 passed by a margin of 50.9 percent to 49.1 percent, and will take effect December 8, 2022.  The measure requires a permit, which costs $65, to purchase a gun. It also bans “high capacity” magazines and requires law enforcement to maintain a database of gun permit applicants, among other things.  The process for getting a gun permit under BM 114 includes submitting fingerprints and passing a gun safety course.

And for all those Oregon gun owners who couldn’t be bothered to go out and vote on Nov 8:  you have only yourselves to blame.

Ahhh that democracy thing… although I bet that if this “initiative” ever makes it to the Supreme Court, it will get revoked.  Keyword:  “if”.

It seems as though some of the Terminally-Deluded think that Beto O’Rourke won the Texas governor’s election, given their list of gun control legislation to be proposed in the 2023 Texas legislative session:

Maybe in New York / Illinois / California / Connecticut / Massachusetts or hellholes of similar foulness would these silly dreams get more than an airy laugh or disbelieving looks from the elected politicians.

Not in Texas.  They’ll be taken out and shot in the back of the neck.  I wish we could do the same to the fuckheads who have created this list, but apparently there’s some stupid law against it.  I’ll call my TX House Rep and Senator, and see if they can get that changed.

That amendment would have a greater likelihood of passing than the above list. 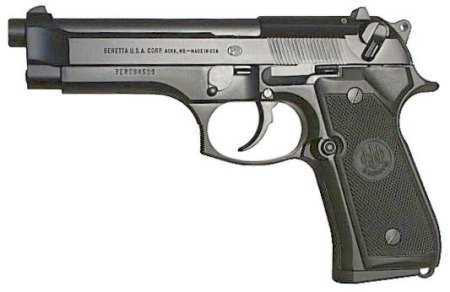