I spent 22 years restoring and preserving classic films for The Library of Congress. I’ve seen many. Don’t fall into the lazy habit, as I did for decades, of almost exclusively watching movies with English dialogue. I’ve discovered a whole new world of sophisticated plots, consummate acting, and beautiful cinematography in films from Japan, Russia, Poland, the Czech Republic, and others. The best part? Even the newest productions are not ‘woke’!

Good points, one and all.  (Although I’m reminded of that wonderful opinion:  “If the furriners had had anything of value to say, they’d have made their movies in English.” )

I’ll be getting a list of titles the above from Bruce in the near future, which I’ll be happy to include in a post.

I am accepting nominations in Comments for this unlucky billionaire exemplar, but whoever you decide should be eaten, he’ll have to work hard to beat George Soros.

Call it a variation of the “One Shot” game we’ve played here before.

John Nolte has written an excellent piece over at Breitbart about the absolute suckage that is modern movies.

I don’t waste my days, my life watching any of this crap. Every time I give something a chance, I get burned. Movies vouched for by critics, stuff I recently wasted my time with,  like Lucky (2017) and The Outfit (2022)…  Why? Why did I do that? Why did I waste my precious off-hours sifting through the massive pile of garbage that is Amazon Prime, that is Netflix, that is modern-day entertainment?

Like Nolte, I have a collection of movies on DVD, and not one but TWO multi-format DVD players (one in use, the other in an unopened box in a closet), and my Christmas/birthday lists inevitably contain “old” movies that I love.

As for the modern shit, I consider it a good year if there’s ONE movie I can watch all the way through.

For some reason, this story made me feel good today:

RONNIE O’SULLIVAN says he is a ‘snooker fake’ who should not be playing.

The Rocket is bidding to extend his record of seven UK Championships after beating Matthew Stevens in round one yesterday.  But O’Sullivan, 47 next month, said: “I shouldn’t even be playing at my age.  I don’t take it too seriously.  I find it all quite funny really.  I have a bit of an impostor syndrome.  I felt happier when I had that run of losing five finals.  But when I started winning tournaments again I didn’t really feel I deserved it.  It felt like a plot to allow me to do it, and I felt like a fake.”

“When I won the worlds again in May I didn’t feel great about it. I am feeling flat to be honest with you and don’t want to play snooker at the moment. I don’t play much and really don’t care. I mainly keep coming because it’s something to do.”

Easy to say when you’re the greatest snooker player of all time.  But I love his honesty.

Here’s Ronnie not caring…  yeah, it’s four hours long, but then again, it’s absolutely incredible.  Watch it tonight, for a Friday Night Movie;  or you can watch the first 15 minutes for the opening frame, and then the last few frames. 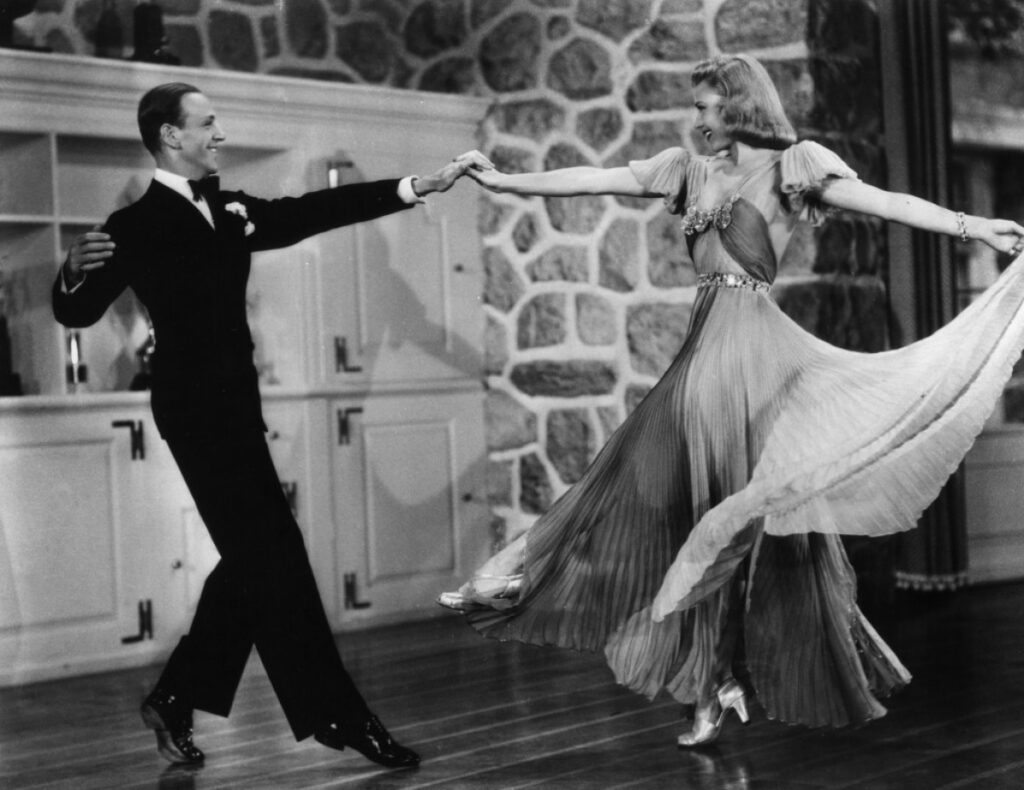 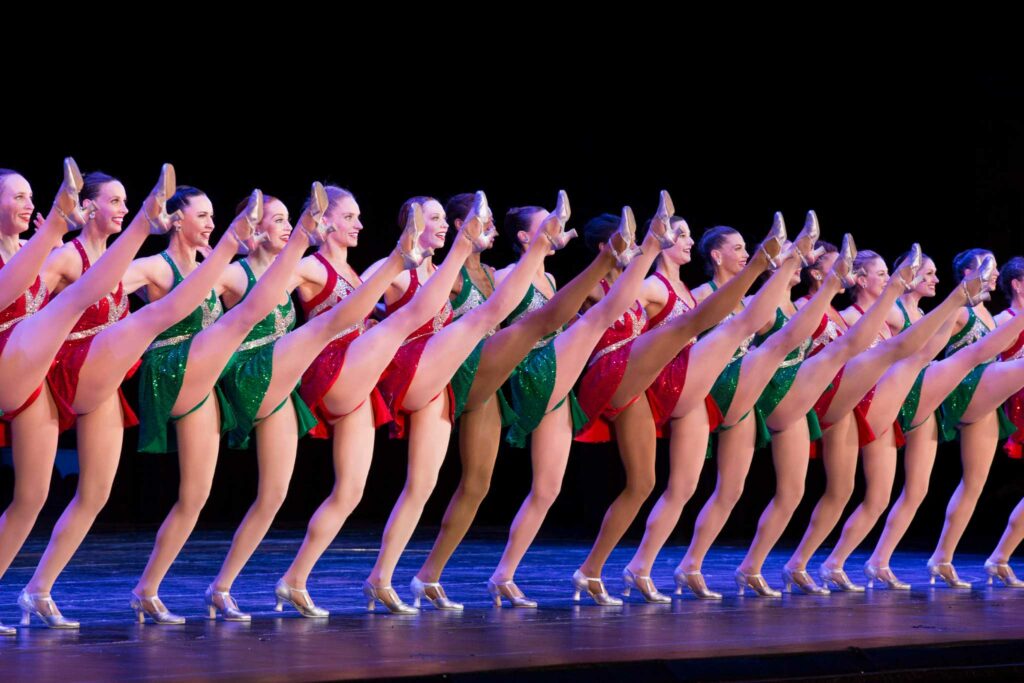 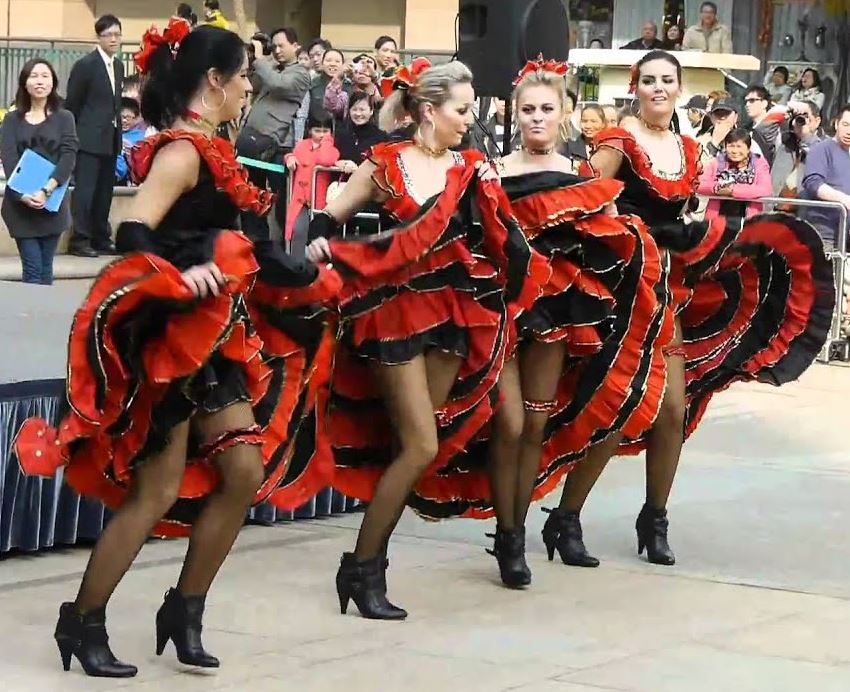 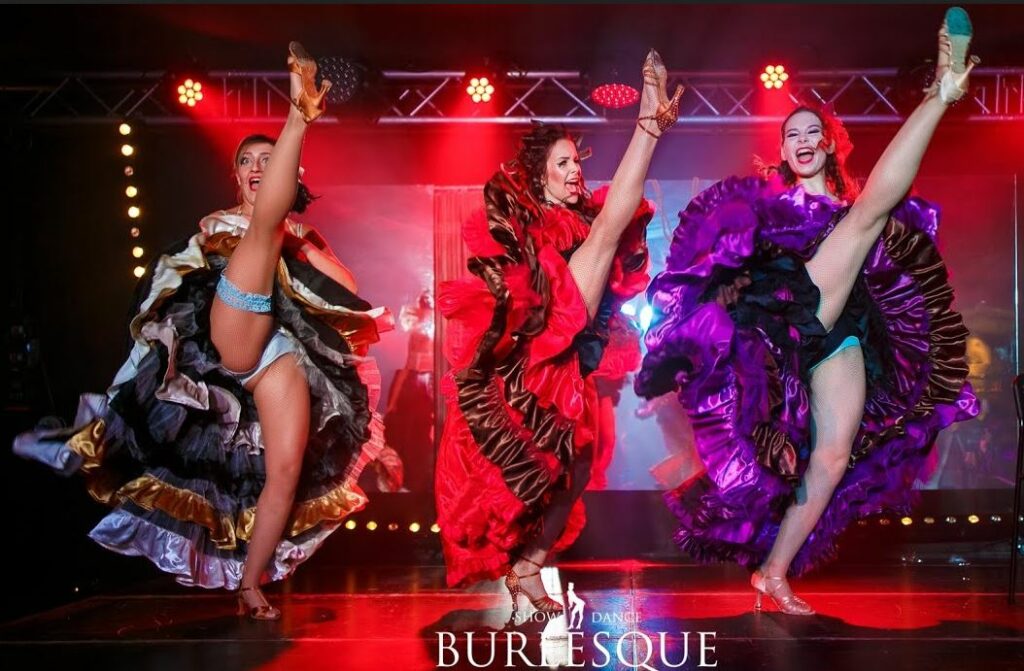 Apparently, there’s this Brit TV show called Our Yorkshire Farm, starring the matriarch thereof, Amanda Owens (45+).  I use the “matriarch” term advisedly, as she has foaled no fewer than nine chilluns (!!!) while working the sheep farm. 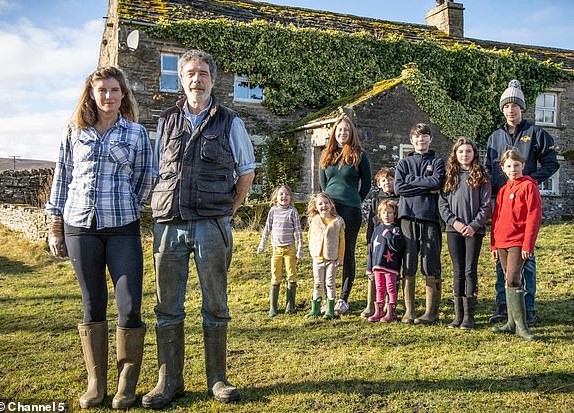 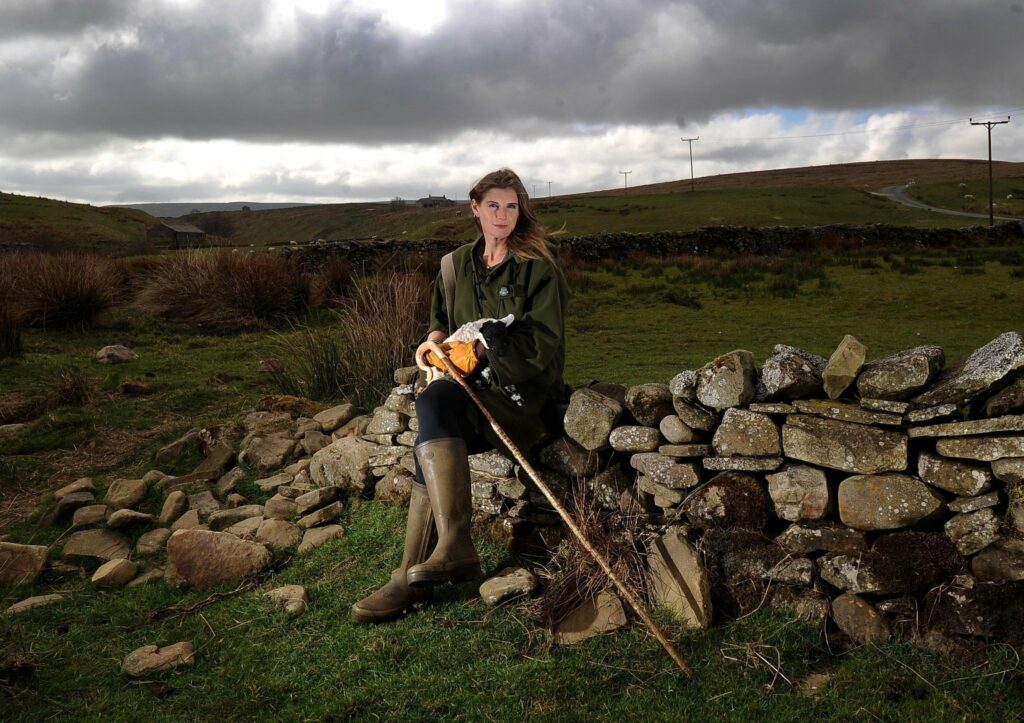 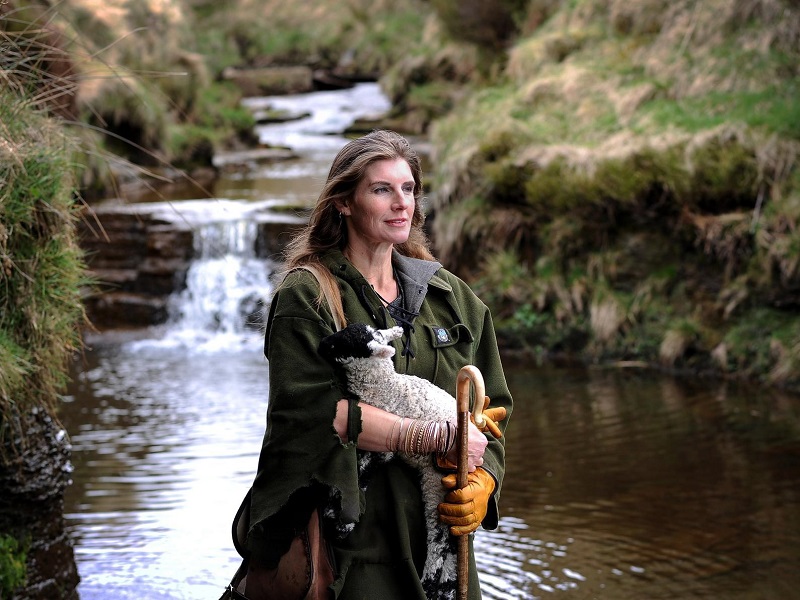 When not in farm gear, she doesn’t look too bad, either: 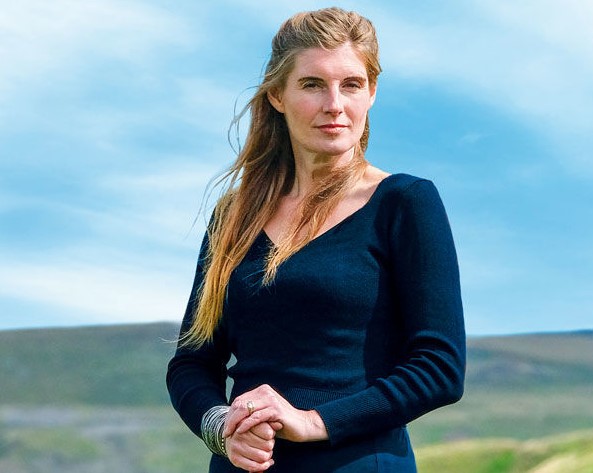 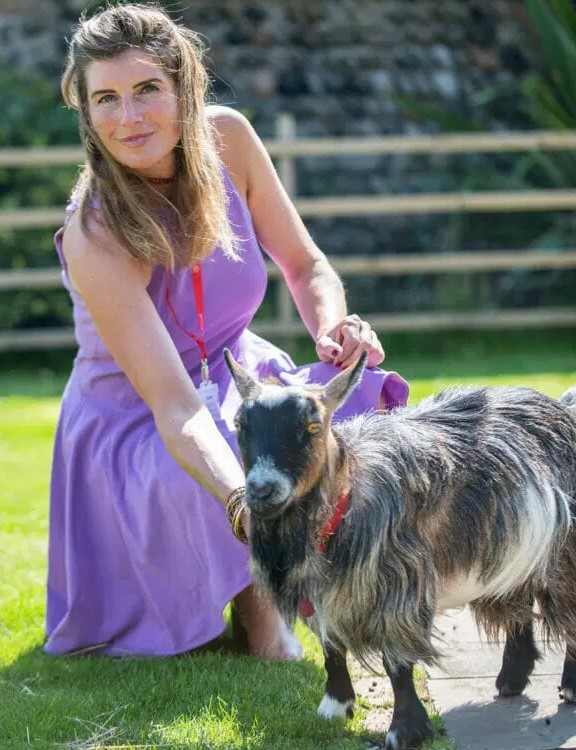 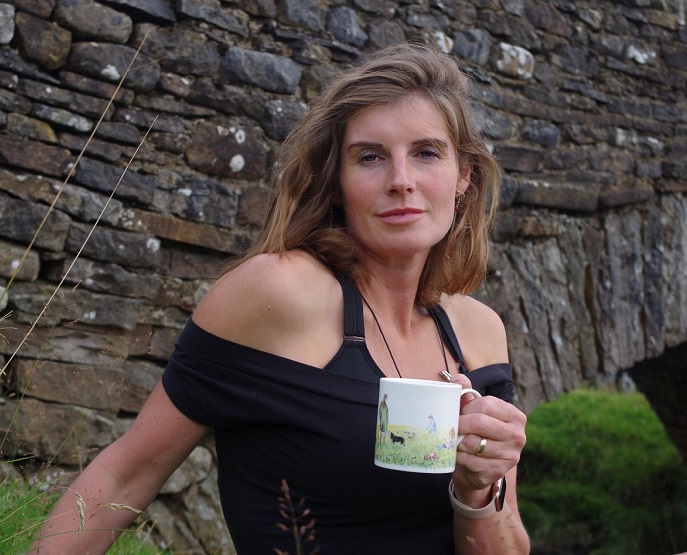 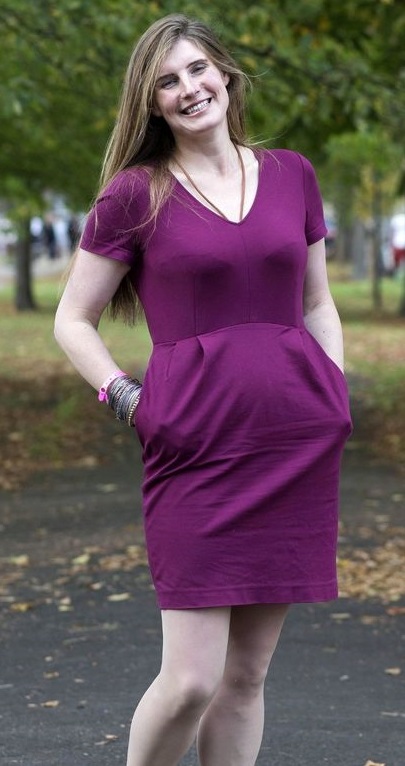 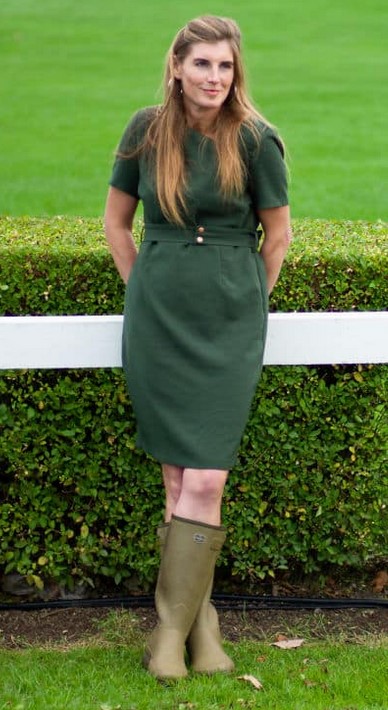 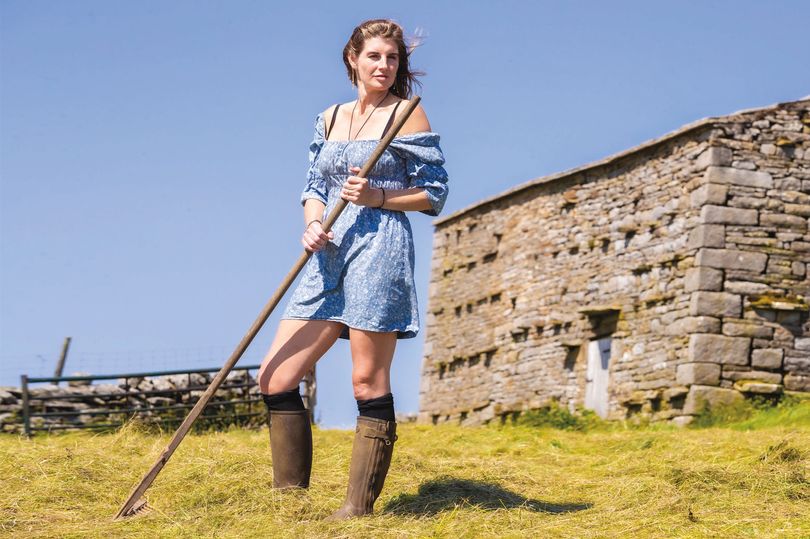 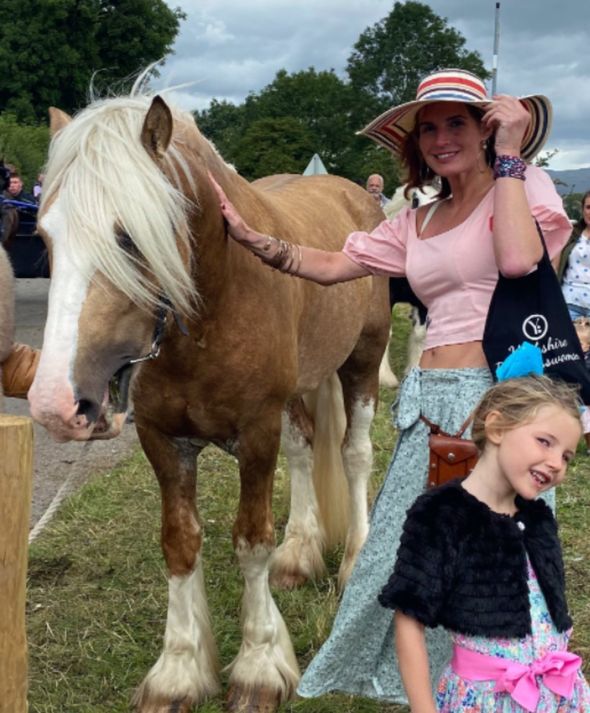 When asked how she still manages to look so good, she apparently replied, “chasing lambs, fakery and underwear” (which automatically endeared her to me, by the way).

She and her husband have split up, incidentally, but she still works the farm with him.