Oh, how pleasant.  First, from the Democratic Soviet of Minnesoduh:

About 15,000 nurses in Minnesota walked off the job Monday to protest understaffing and overwork — marking the largest strike of private-sector nurses in U.S. history.

Slated to last three days, the strike spotlights nationwide nursing shortages exacerbated by the coronavirus pandemic that often result in patients not receiving adequate care. Tensions remain high between nurses and health-care administrators across the country, and there are signs that work stoppages could spread to other states.

Interesting, that.  It’s not like the hospital administrators can just round up random people in the streets and say, “Hey, wanna job?” (although I suspect that Parkland in Dallas has been doing just that for years already).

Round about now, I bet those same hospital administrators kinda regret firing all those people for refusing to be guinea-pigs for an untested vaccine.

Anyway, the next bit of end-of-summer cheer comes from the railroads:

The International Association of Machinists and Aerospace Workers (IAM) said on Wednesday that its members rejected a tentative deal by its leaders intended to avoid a nationwide railroad strike.

BNSF, CSX, Norfolk Southern, and Union Pacific — four of the nation’s largest rail lines — announced embargoes on certain shipments earlier this week as negotiations continued, although 10 of the nation’s 12 largest railroad unions had tentatively endorsed an agreement outlined by the White House. However, IAM — which was originally among the 10 unions — announced its members rejected the deal.

Strikes could begin later this week if union leaders and rail companies fail to make a deal. House Majority Leader Steny Hoyer (D-MD) said on Monday that Congress, which has the authority to block strikes, would intervene “if needed.”

Supply chain bottlenecks driven by labor shortages and worldwide government lockdowns have impacted the American economy over the past two years, leading to inflationary pressures as consumer goods fail to reach shelves. The daily cost of a nationwide rail shutdown could amount to $2 billion, according to a report from the Association of American Railroads, which noted that trucking companies and other alternatives do not presently have the capacity to carry freight previously handled by rail lines.

Hands up all those who think that the current Administration has the ability to prevent either of these — oh, none of you, huh?

We’ve been struggling to make ends meet ever since my wife lost her job last year.  My salary won’t stretch to cover our food, rent and energy bills.  That’s why we’re £2,000 in debt on our credit cards.

So it was the cherry on the cake when we were told our car failed its MOT last week. The mechanic told us his repairs would cost us nearly £500.  To add insult to injury it was obvious he fancied my wife.

Panicking, I asked if we could pay in instalments.  While looking my wife up and down he cheekily suggested if we didn’t have the money he could think of another way we could pay.  He said we could think about it overnight. Walking away, I asked her what she thought.

Her answer shocked me: “You know I’d do anything for us, babe.”

So the next day my wife went to his house while I waited in the car outside — it was the longest 30 minutes of my life.  I consoled myself with the idea that she’d be hating this as much as me, but when she finally emerged she seemed defiant and said: “Now I know I’m contributing just as much as you.”

It broke my heart and I’ve only got myself to blame.  Now she thinks it’s the answer to all our financial problems.  She even suggested I could manage her diary of clients.  I’m worried she even enjoyed having sex with this mechanic.

Well, that’s one way of “taking one for the team”, innit?

I actually feel sorry for the guy, because it seems to me he’s uncaged a tiger — and it’s small wonder, when all the Brit newspapers are full of tarts making X thousand a month for showing off their bodies and doing the dirty on prostitution sites like OnlyFans;  and in truth doing nothing on SugarBabies different from Mrs. Debtfire above.

It’s always gone on, only now it’s out in public.

I just wonder how these people account for the revenue on their tax return… because if they don’t, it’s called “tax evasion”, and the collection agencies (I mean tax offices hem hem) of both the U.K. and the U.S. respectively take quite a dim view of it.

…that among the larger paradigm shifts of recent years, the “go to college after high school” mantra has been largely debunked in favor of going to a trade school:

More than a million students have held off from going to college since the pandemic problems arose, and many of those students are seeking training in the trades instead. Their skills are in high demand, too, as nearly 90 percent of contractors are desperate for competent workers. 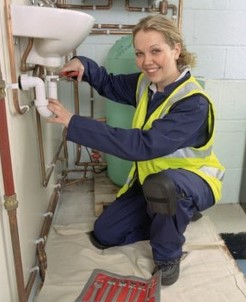 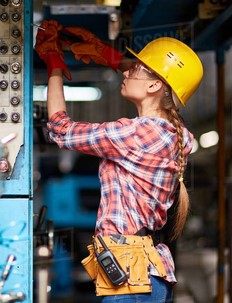 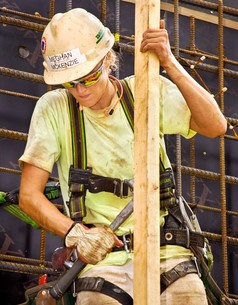 After all, it’s not like this is some new thing, either: 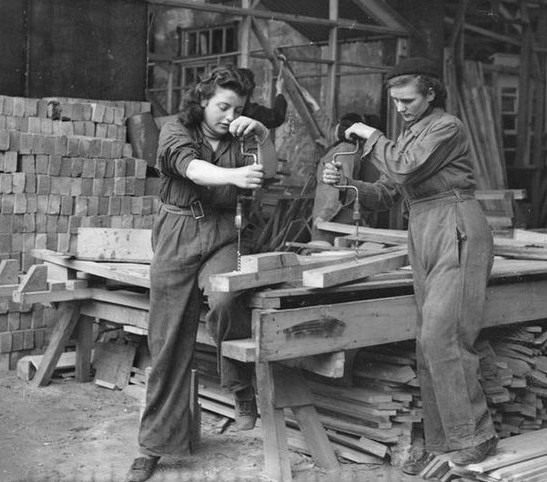 I have often counseled young men to take up a trade before (or, depending on the lad, instead of) going off to college.  This is as much for some kind of income stability, of course, as it is for them to learn the value and reward of hard physical work — which every man should experience.

So when I saw this link about “Durable Trades” at Insty’s, I hurried over to see what it was all about.  And was a little disappointed.

Defining “durable” has not been easy. I wanted to know which types of businesses have been the least affected by external factors throughout history, place, governments, economic cycles, invention, and social upheaval. Which trades have endured for centuries and still exist today? Which trades are the most family-centric? And, of course, which trades do all this and still provide a living? Conversely, which trades are overly dependent on brittle systems and therefore not likely to withstand economic, societal and technological upheaval?

Granted, in a time of economic collapse or a return to Middle Ages-type living, the demand for “Instagram influencers” may not be as important as they are today (quit that cheering).  But at the same time, I have to question some of his trades because while they may have been durable in the past — and to be fair, the author doesn’t attempt to forecast anything — I’m not so sure what the future holds for them.  Here are his top trades in order (and go back to the link to see his methodology):

For some reason, I think that an electrician is a more durable trade than a gardener — it certainly will be, going forward — and likewise, a metalworker (blacksmith, welder, etc.) will have a better go than an innkeeper.  (I know:  there wasn’t much call for electricians back in the sixteenth century, but I’ll bet that metalworkers were in high demand.)  And since we’ve moved away from leeches and trepanning, I’m pretty sure that a doctor would have a more durable trade than a wall covering specialist.

There are basically four kinds of trade, methinks (and there is some overlap, certainly over time):

Primal:  builders (carpenters, bricklayers, stone masons, and ship builders), farmers (crops and livestock) fishermen, weavers / tailors, drovers (carts and wagons, and the trades which built them:  blacksmiths, cartwrights and wainwrights), soldiers, cooks / bakers and yes, midwives.  From the Year Dot until, say, the twelfth century, all these trades could garner for their practitioners a decent and even consistent living.

Mechanical:   engineers, electricians, [add:  plumbers, thankee ] coachbuilders, and the trades which are extensions of, or adjuncts to the earlier ones:  architects, doctors, brewers / distillers, and so on.

Services:  innkeepers, painters, gardeners, waiters, repair technicians (outside of the primal trades), prostitutes, police, teachers and the like.

Intellectual:  lawyers, software developers, accountants, entertainers (actors, musicians) and so on.  (Typically, these do not require any kind of manual labor.)

I take Groves’s point about “family-centric” trades being the most durable (cooking, building, teaching and birthing are the first that come to mind), but the extension of that thought is that as one moves further away from home and family needs, one eventually ends up with advertising account executives and marketing consultants, whose value to society is so close to zero as makes no difference.

Feel free to discuss this topic further in Comments

Note:  I’ve left “professional sportsmen” and careers like “modeling” off the list entirely.  Although these folks can earn a substantial amount, the actual number that do (as a percentage of all people who perform such activities) is tiny — far less than 1% — and the vast majority of professionals of this type earn very little.  Also, the working life of a professional sportsman is little more than a decade, less for a model, so it’s not a durable trade.  (I know, golf.  It’s not a sport, it’s a game, like snooker.)

Some may also raise an eyebrow at my inclusion of prostitution on this list, but it’s not only a durable trade (assuming you can survive it, e.g. Carroty Nell), but one you could theoretically practice for a very long time.  (Here’s a little personal anecdote.  In my three-and-a-half years as an undergraduate here in Texas, I knew personally about half a dozen girls who had been on the game, and another few who were still doing it.  All were amazingly attractive, by the way.)