…is the (bowdlerized) title of this badly-edited video, wherein some mouthy Brit shouts about crap architecture in an annoying whine, but whose script could have been written by me except I would have inserted more swear words.

And there’s a genuinely-terrifying moment at about 3:25 which will make you want to commit murders.

Right after that horror, there’s an annoying advertorial (hey, the guy has to pay the bills somehow), but you can fast-forward a couple-three minutes if you want.

Here’s another example of the kind of thing he’s talking about, and that I hate with a passion. 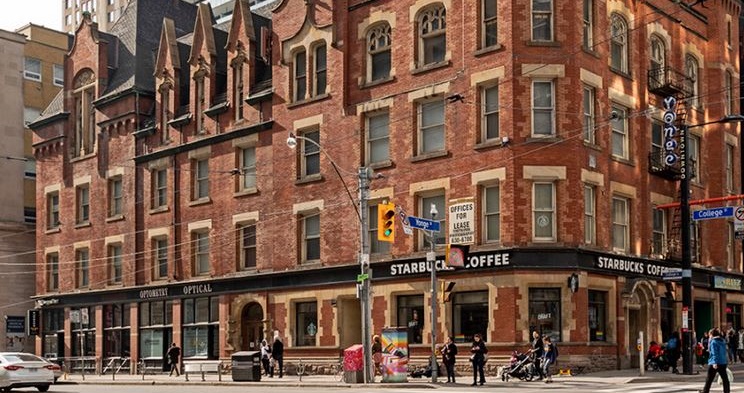 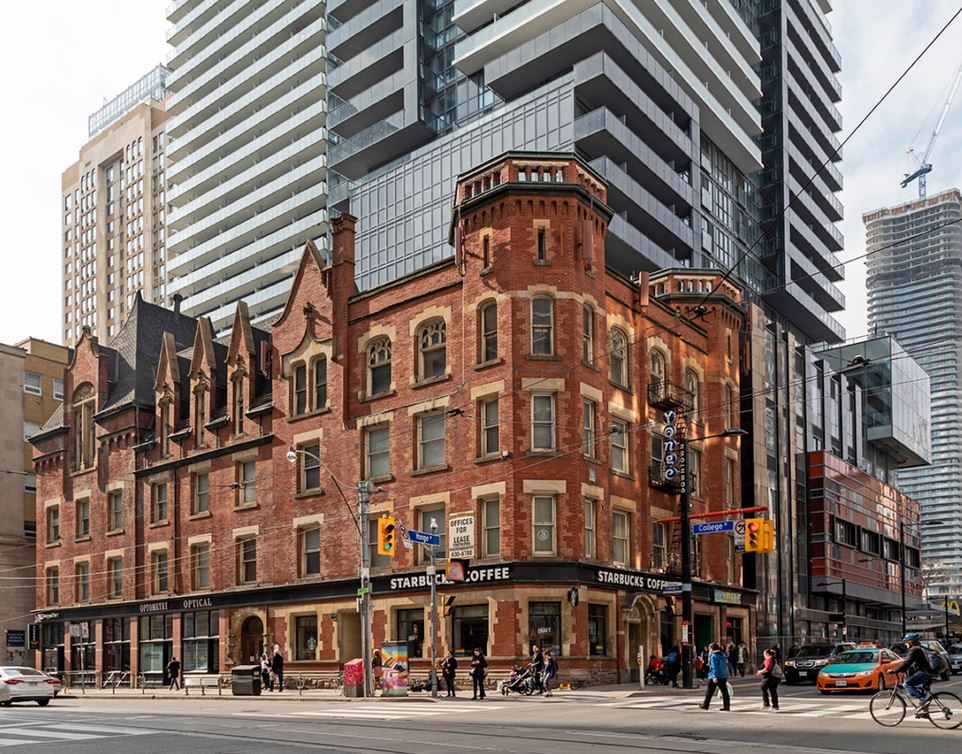 Never an errant hijacked airliner when you need one.

Here we go again, with some egotistical asshole disfiguring the world with his “art”:

Vincent Van Gogh loved the light in Provence so much that he moved to the southern French city of Arles in 1888 for one of the key years of his short life. So how fitting that a new building, which dazzlingly reflects that light, has made Arles a major centre of contemporary art. Called Luma, it is designed by Frank Gehry, famous for his Guggenheim Museum in Bilbao, who took inspiration from Van Gogh’s famous painting The Starry Night.

Given that Bilbao’s Guggenheim looks like a giant burst carbuncle, we all know where this one’s going:

Even worse than this, of course, is that a group of Bilbao’s city “planners” looked at the drawings and model of this disgusting excresence and said (in Spanish):  “Oh wow!  This is just what we need to make our city look more artistic!”  and signed off on the hideous thing.

But returning to our story, here’s Arles, as seen by Van Gogh: 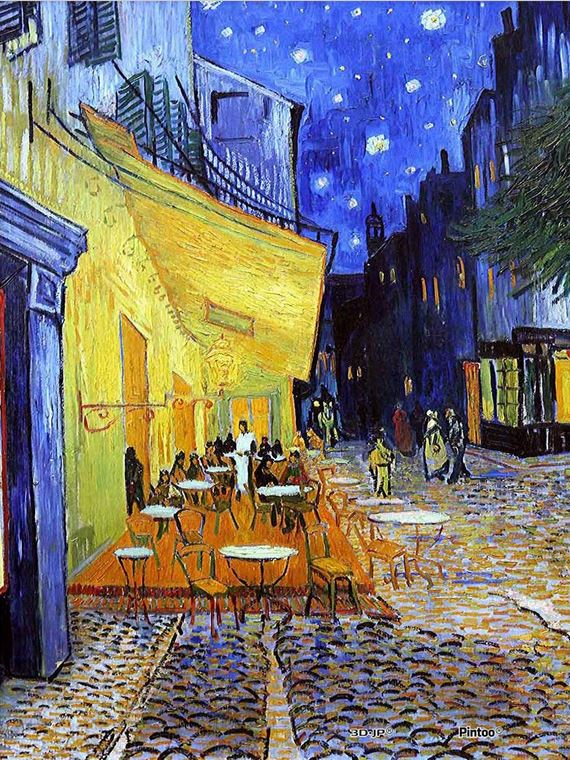 And this maniac’s vision for Arles?

And it’s quite a sight: a ten-storey tower made of 11,000 twisted stainless steel panels, glass and concrete dominating a huge £150 million ‘creative campus’ on the site of a former railway yard. 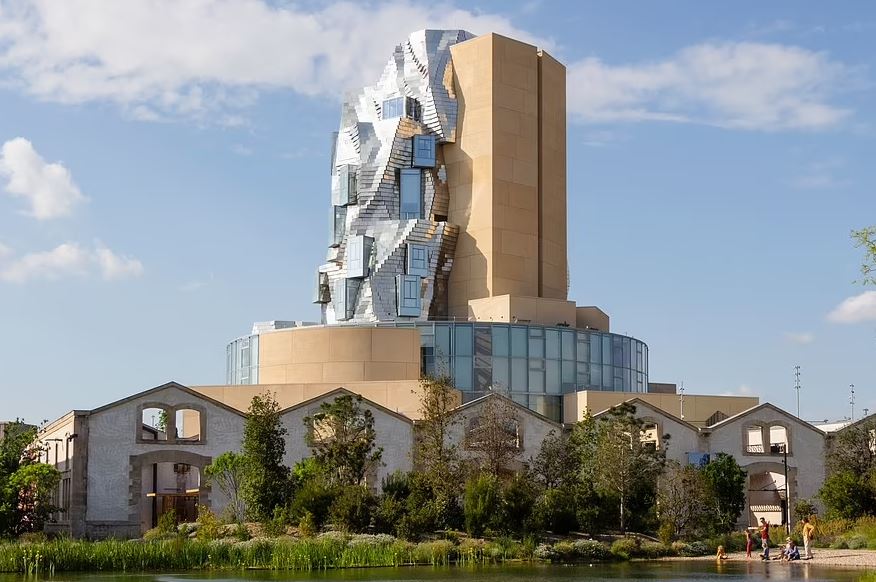 They should have kept the railway yard.  From the genius himself:

Gehry says his Luma design was influenced not only by Van Gogh’s The Starry Night but by Arles’ Unesco-listed Roman heritage as well.

Yeah, nothing says “Roman” like twisted steel and glass.

And if Starry Night  makes you think of things like this, you need a psychiatrist more than Vincent ever did.

In this silly article (don’t bother, you’ll just get bored and it’s the WaPo), some aggrieved Black woman concludes:

“A queen might be dead, but the legacy of white Christian supremacy lives on.”

To which my response would be:

“And what, precisely, would you replace it with?”

If one considers the possible alternatives (Black tribalism, atheistic totalitarianism etc.), I’m not so sure that White Christian Supremacy — as a form of government — is the worst of all the options available.  Certainly, it was White Christians who first abolished slavery (of all people, not just Blacks) through the governments of Sweden, Denmark and Great Britain, to name but three.  It was also White Christians who developed the Enlightenment and the Industrial Revolution, without which very little of today’s civilization would exist.  Heck, White Christian Supremacy even created equations like 2+2=4, according to this moron.

I realize that White Christianity is not without its faults and shortcomings — but once again, when one compares it to the other options, it becomes like Churchill’s description of capitalism:  “The worst form of government, except for all the others.”

Ask me too whether I’d rather (even as an atheist) live in a White sorta-Christian nation like the United States vs. a Black tribal one, a Chinese totalitarian state, a Muslim theocracy or even a soft socialist country like New Zealand or Australia… and it’s not even a close decision.

Mr. Bean has created a stir:

Rowan Atkinson has reportedly finally moved into his ‘space age petrol station’ mansion after a decade-long planning row with neighbours. The Blackadder star, 67, initially bought the 1930s quaint English home – known as Handsmooth House – and its 16 acres of land for £2.6million in 2006.

He shocked locals in the charming seventh century village of Ipsden in Oxfordshire when he knocked it down and installed a modern 8,000 sq. ft. glass and steel mansion designed by top U.S. architect Richard Meier in its place.

I note, by the way, that he has ample space to park his supercar collection:

Small wonder that it took him ten years to get permission to build this dropping of visual excrement.  It should have taken longer.

One of my favorite movie (and life) lines comes from A League of their Own :  “There’s no crying in baseball!”

Here’s something we all know about.

Facts be damned: Rising use of emotional language like ‘feel’ and ‘believe’ has helped displace rational thought in ‘post-truth era’

A new study suggests we are living in the post-truth era where ‘feelings trump facts,’ as language has become less rational and more emotional over the past 40 years.

A team of scientists found words like ‘determine’ and ‘conclusion’ that were popular from 1850 through 1980 have been since been replaced with human experience such as ‘feel’ and ‘believe.’

The team also identified another major shift around 2007 with the birth of social media, when the use of emotion-laden language surged and fact-related words dropped.

Although the drivers behind the shift cannot be determined, the researchers suggest it could be a rapid development in science and technology or tensions that came about from changes in economic polices in the early 1980s.

Coming from a business background where every single proposition or proposal had to be justified with fact, research, real-world experience and (lastly) common sense, the very thought of going through the same process where any suggestion of same might “trigger” some kind of emotional response at best makes me want to reach for the gin bottle. (At worst, it makes my trigger finger itch.)

In fact, an emotional response to criticism would have made my time’s audience suspicious:  Why are they getting upset?  What are they hiding?   Why should we take them seriously when they are such weak people that criticism upsets them?

Nowadays, of course, all the above responses would result in Stern Words from HR (or even, gawd help us, from your own Management, so pussywhipped has the business world become).

No wonder Socialism has become so popular:  because while the eventual goal of Socialism is complete societal control, the way it is introduced is through emotional appeal:  “It’s not fair that…”  or “We need to end [whatever supposed evil]”, without any fact-based foundation but with plenty of anecdotal or emotionally-based evidence.

Small wonder too that the entire Green Movement is based not only on emotion, but a pack of easily-disproved lies (“Climate is I mean I mean changing, and we’re all gonna diiiieeeee if we don’t do something!!!”)

Facts don’t need to be propped up by emotion;  they stand proudly on their own.  In fact, it’s probably true to say that the greater the hysteria generated by about some supposed catastrophe, the more likely it is to be complete bullshit.

From Scottishland comes this drivel:

…to be replaced by?

New guidance published online calls for other words such as “junkie”, “clean” and “substance abuse” to be shunned in favour of “person with problematic drug use”, “person who has stopped using drugs” and “substance use”, respectively.

Nothing like a change in terminology to address the “problem” of drug deaths.

What amuses me about this bureaucratic bowdlerism is that the Scots are renowned for being among the plainest-speaking people on the planet — beating out even Australians — with their often-withering commentary about people and life in general.  (Listen to any Billy Connolly rant, for example, to get a taste.)

Imagine Billy describing a junkie using the above terms…