A San Francisco reparations committee proposed a plan to city officials last month that would pay longtime black residents of the Northern California metropolitan city $5 million each while granting total debt forgiveness for facing decades of “systematic repression.”
The San Francisco African American Reparations Advisory Committee submitted the report to the Board of Supervisors just before the New Year, which addresses public policies created to “subjugate” black residents in the Bay Area city and includes a list of financial compensation, such as the lump-sum reparations payment of $5 million to each eligible individual.
“Centuries of harm and destruction of Black lives, Black bodies, and Black communities should be met with centuries of repair,” Eric McDonnell, committee chair, told The San Francisco Chronicle. “If you look at San Francisco, it’s very much a tale of two cities.”

Unfortunately, unlike in the Dickens novel, there will be no guillotines.

As for who qualifies for this oh-so generous handout:  well, pretty much everyone.

Such residents who qualify for the payment must meet at least two criteria from a list of requirements, which include applicants to be at least 18 years old at the time the city enacts the committee’s proposal, have identified as black or African American on public documents for at least ten years, and prove they were born in the city between 1940 and 1996.
Other requirements from the report include residents that have lived in San Francisco for at least 13 years or personally been incarcerated — or the direct descendant of someone imprisoned — during the War on Drugs, which U.S. Pres. Richard Nixon declared in 1971.

And how are they going to fund this virtue-signaling generosity?

Never an errant 12.5 Richter-scale earthquake when you need one, is there?

Just when I thought I’d seen it all, here comes this little piece of research:

“The vast majority of students (87%) say they have felt at least one of their college classes was too challenging and should have been made easier by the professor,” the survey found.

The survey organization found that about one-third of students who think they work hard fail to put in more than five hours a week into schoolwork.

Back when I were a student, I would spend about six hours per day studying, excluding lecture time, and a lot more if there was a test, exam or paper coming up.

Granted, I was studying History and French — not hard courses, just ones requiring some extra-curricula study — so I found the work ridiculously easy.  (Had I been doing Organic Chem… oy.)

But the very thought of asking a professor to make the course easier?  The way I always looked at it was that if the course was hard, that just meant I had to work harder — it was like a competition between me, the professor and the subject matter — and there was no way I was ever going to let those two bastards beat me.

But nowadays, where there seems to be an “app” for everything (meaning that someone else has done the work for you), it’s small wonder that today’s snowflakes think that “hard” means actually having to think, and learn.

After all:  who needs a brain when you’ve got batteries?

…actually, Bob Marley’s granddaughter, who was getting yelled at because she wore a t-shirt with “White Lives Matter” printed on it, which of course upset the Usual Suspects.  They climbed onto Twatter and sent off many broadsides calling her the usual names. 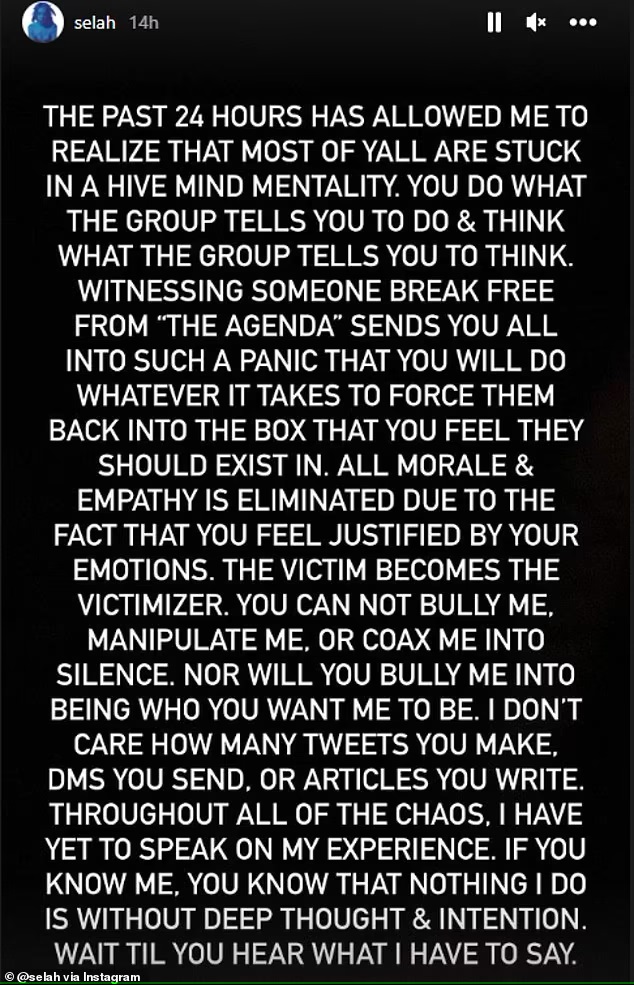 Good for you, sweetheart.  Everyone should respond in the same way to the Snowflake / Wokist / BLM / Permanently-Aggrieved when they start the Cancellation Derby.

Several of you sent me this lovely little bit of governmental stupidity:

More than 140 people experiencing homelessness in Denver will each be provided up to $1,000 in cash a month for up to one year as part of a basic income program designed to help “lift individuals out of homelessness,” the city announced last week.

The $2 million contract with the Denver Basic Income Project was approved by the City Council and will provide direct cash assistance to more than 140 women, transgender and gender non-conforming individuals, and families in shelters.

Civic altruism and wokism, all subsidized by taxpayer dollars.  And I hate to break it to these Colorado morons, but “up to” a grand is going to lift precisely nobody out of poverty.  It will, however, encourage more people in similar circumstances to come to Denver…

Couldn’t happen to a nicer bunch of socialists.

Our enemies abroad, particularly China, Iran, North Korea, and Russia, are watching all this woke, comic madness with absolute glee.

Woke means that Americans have less money, labor, and time to hone their military readiness. They will produce less competitive energy, but more pseudo-science, non-meritocratic advancement, and unsound investment—all the reasons why America will no longer dominate the world.

As with all VDH’s musings, you must read them all.

One of Thomas Hardy’s most popular novels now comes with a trigger warning after students were told it contains ‘upsetting scenes’ about the ‘cruelty of nature’ and ‘rural life’.
‘Far from the Madding Crowd’, which depicts the brutal reality of Victorian rural life, has been slapped with a content warning by the University of Warwick.

Erm, I hate to break it to you, but pretty much Hardy’s entire opus  was dedicated to exposing the above cruelty of nature and rural life.  His main target, however, was the stifling effect of Victorian Britain’s rigid class structure on the human spirit, made all the worse by rural life — there was no escape for the “low-born”, and they were condemned to a hopeless and brutal existence (e.g. The Woodlanders).

And Madding and Woodlanders are far from the worst;  wait till these snowflakes get to The Mayor of Casterbridge, where they’ll see the horrifying consequences of a single immoral action.

I think I’ll go and re-read the above three, just for fun.