Just the chorus, but it’s not a bad one.

“There is no end to the wokification of hobbies. Cooking, knitting, Magic the Gathering, comic books, RPGs; movies and sports — the Nazi infiltrators take over each and every hobby and group to make sure you are never free of constant pro-Nazi propaganda messaging.”

Curiously, our shooting hobby seems to be more or less immune to this bullshit.

Although I expect that any day now, the NRA will issue a statement that they’ll be adding board members from the ranks of the Brady Foundation and Violence Policy Institute in the interests of “fairness” and because “all points of view are important”.

Finally, a Woke Corporation looks at the nonsense it’s been doing, and cancels it.  Here’s an example:

3. No more committees. For nearly all of our 21 year existence, we were proudly committee-free. No big working groups making big decisions, or putting forward formalized, groupthink recommendations. No bureaucracy. But recently, a few sprung up. No longer. We’re turning things back over to the person (or people) who were distinctly hired to make those decisions.

“Management by Committee” is another of those Marxist-collectivist mantras which have two sources: from old Karl himself, as taught in schools;  and from women, for whom “participative management” (i.e. by committee) has long been touted as a Good Thing when, in fact, it’s nothing of the kind.  Camels emerging from committees (from a brief to create horses) is so old a joke that it’s actually become a truism.  Of course, it makes people feel better when they’ve had input (the disgusting modern term “stakeholders” should have a stake driven right through its fucking ethos);  but then again, “feeling better” seldom has any place in a corporate workplace except when Alka-Seltzer is freely dispensed from the vending machines.

So yes, Basecamp has done well by trimming back the weeds [sic], and best of all:

That’s called leadership.  And it’s damn time some of it came back into corporate life, at the expense of Wokism and collectivism.

With news so dire, you’re going to wanna enroll in the Rifle, Hipflask & Church Steeple Club©.

…these ads are created by city trendies who have no teenage girls.

…and when you read the criteria for membership, you’ll be thankful that you don’t qualify.

…it will stop when you stop worrying and start ignoring.

…oh man, would I love to introduce this snowflake to some real Gestapo agents, or a couple apartheid-era South African cops of my acquaintance.

…the word you are looking for is “betrayed”, not “outed”.  Punishable by:

…and if I called for a volunteer to push this asshole out of the chopper, I’d be killed in the stampede.

…you have to ask yourself who would be surprised by this news item.

…from the Department of the Blindingly Obvious.

…and the very next day after that happens, someone’s going to shoot you in the face.  Enjoy the revolution.

…and she looks pretty much as you suspect she would.  Ordinarily I would tell her boyfriend to find another woman, but from the looks of him, she’s probably as good as he’ll ever get. — Dr. Kim

And now, to cheer you all up after all the bad news: 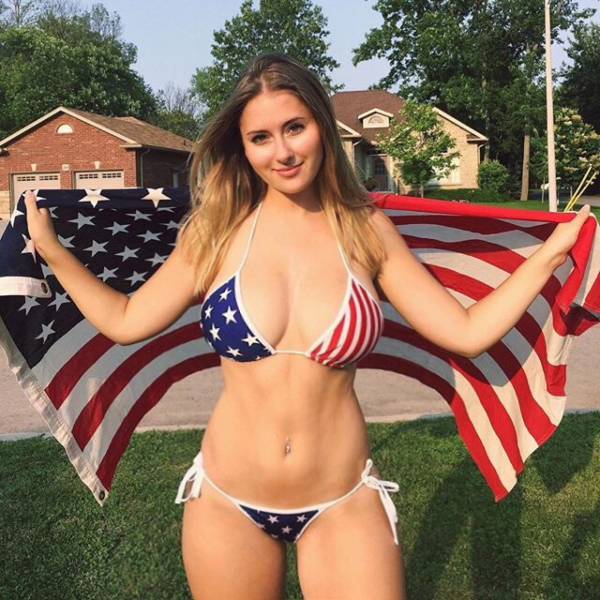 One for my Readers Over There: 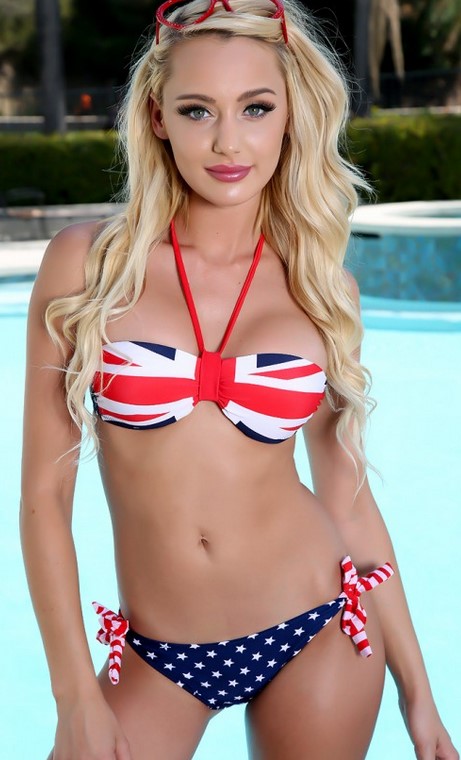 Let’s hear it for the Ozzies: 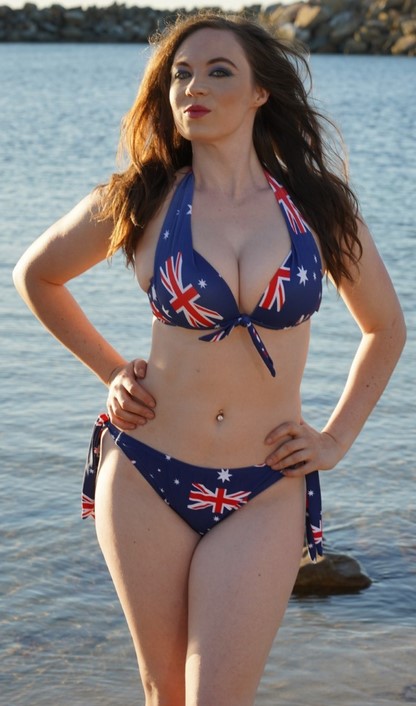 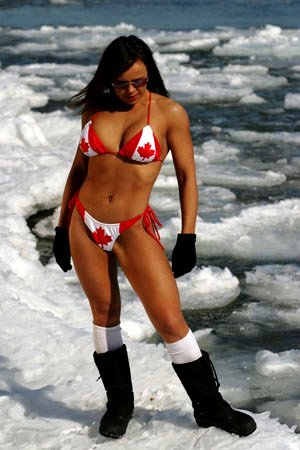 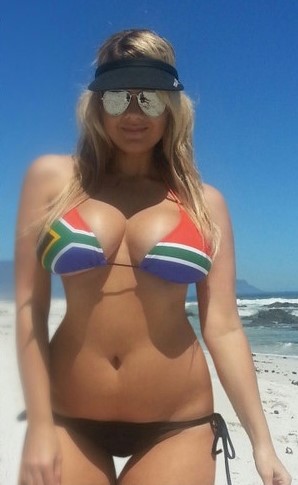 Requests from other nations’ Readers will be taken under consideration. 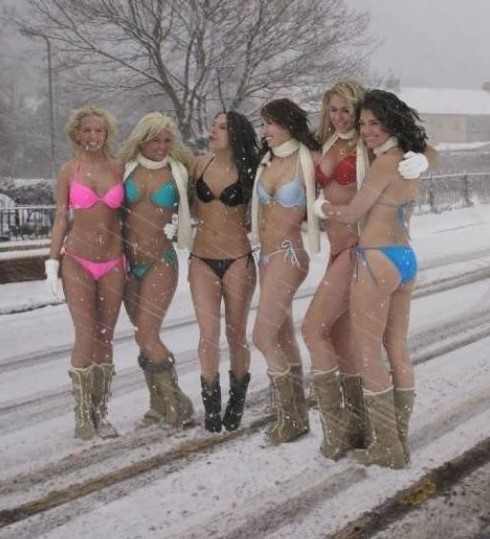 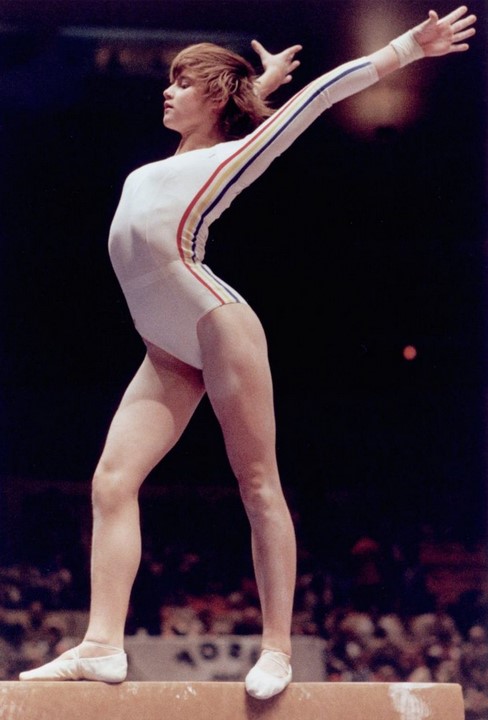 Yup, that’s Nadia Comeneci. who achieved a perfect 10.0 in gymnastics at the 1976 Olympics.  Of course, as a callow pre-adolescent girl with no figure to speak of, she wasn’t a perfect 10 — that improvement would come later. 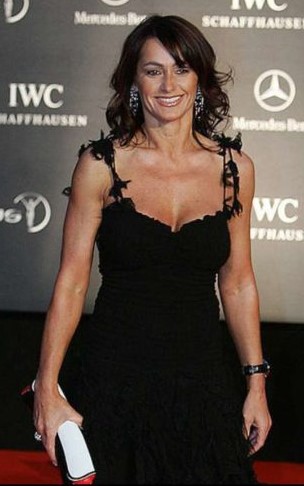 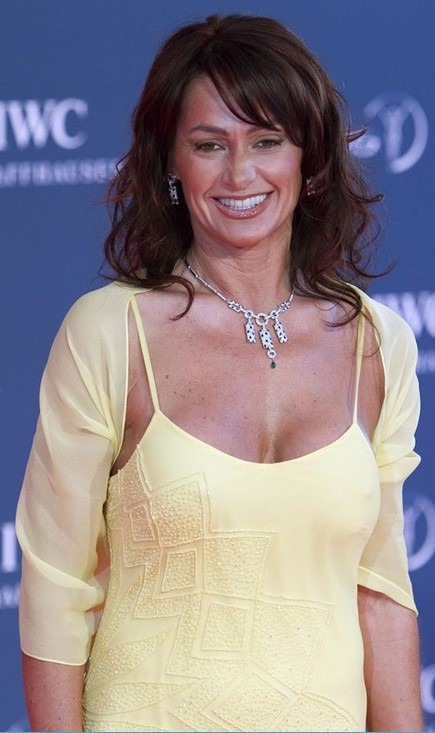 So why are you mentioning her at all, Kim?

Because later this year, she will be turning 60.  Here’s a more recent pic: 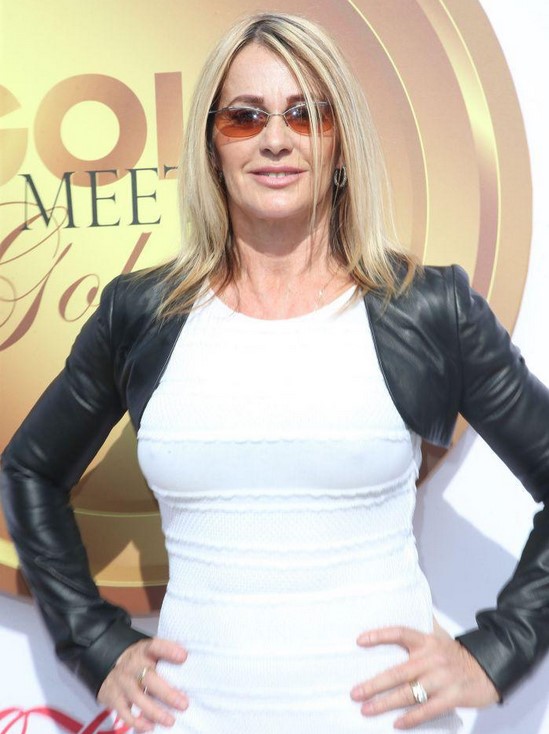 You all have my permission to feel really old.  (And I know, she’s probably gone blonde to disguise the grey.  Bad choice, in my opinion, but I still would.)