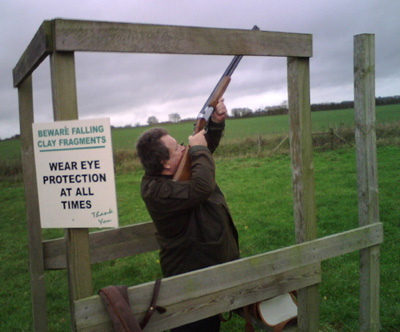 I am very conservative (fiscal and social, but occasionally forgiving in the latter case), even-tempered and cultured. I am a gentleman, writer, musician, raconteur and bon vivant who loves the finer things in life, whether wine, women or song, and masculine companionship; also guns, cars and the other things that men will get into fistfights over.

If there is a phrase to describe me, it’s “hopelessly old-fashioned” — a 1911 man trying to get by in a 21st-century world. My upbringing was strict (boys-only private parochial boarding school which was quite Victorian in its education and rules of conduct). I don’t fear change, but I distrust it profoundly because I am also a student of history.

I am a gentleman towards women, unless they act very badly. Then I treat them the same way I would treat any other asshole. I love women passionately, but five decades of dealing with them has injected my passion with a healthy dose of cynicism. I will love, respect and treat a woman like a goddess without reservation — until her bullshit gets too much, whereupon I walk away without a second glance, often without warning. I laugh at militant feminism, because I am very aware of its adherents’ inherent weakness.

I am the most loyal friend anyone can hope for. Unfortunately, I have extremely high standards for friendship so only about a dozen men and a few women have ever earned my loyalty.

I am not a fearful man, generally because I can take care of myself, whether by word or deed. Also, I carry a gun and am very proficient in its use. And by the way: there’s no such thing as “zombies”.

I am an atheist, but not one of those asshole atheists who wants to remove “In God We Trust” from the national seal, or any of that jive. In this shitty world, whatever gives someone spiritual solace and comfort is fine by me, even if I don’t buy into it myself. This sentiment does not apply to Islam, because “Do as I do or I’ll kill you!” does not impress me.

I am not a violent man, but I have had to inflict violence on others at various times in my life, either because they wanted to kill me or because they were acting like assholes. I did not do this regretfully, but coldly and dispassionately. They had it coming.

I hate government in almost all its manifestations, but I am absolutely not a libertarian because I acknowledge the primacy of human nature. I loathe socialism, communism, communitarianism, progressivism or whatever cute name those assholes come up with to disguise their disgusting statist philosophy. Generally speaking, I try to keep out of other people’s business and ask only that everyone else stays the hell out of mine.

Despite this public blog, I am an intensely private person;  only about two people in the whole world have ever known everything about me, and one of them is now dead.

And that’s all I care to share about myself with a bunch of strangers. And by the way, that’s not me in the header. The picture is called “The Setting Sun”, was taken by Max Bolotov and is used with his kind permission.

Welcome to my back porch. Please show good manners while you’re here.

You can reach me here: kim – at – kimdutoit.com because other than this blog, I have no “social presence” on the Internet.