As Longtime Readers know full well, I have fairly set opinions when it comes to firearms:  .45 ACP good, 9mmP bad;  Browning High Power good, Glock Mod [anything] bad;  mil-surp bolt-action rifles good, poodleshooter rifles bad;  and so on.  Sometimes an exception to all this may come up, to be sure, but not that often that I have to change my opinions.

One of my prejudices is in the area of shotguns — and it’s purely a personal one — where I firmly believe that shotgun barrels should be side by side (like a man and his dog), and not over and under (like a man and his mistress).  It’s a very old-fashioned viewpoint — like so many of my others — but I have to tell you that in this case, I may be steering newcomers to the field in a direction that may not be the better.

However, this is based on my own preference and shooting habits.  Truth is that unless I’m Over There, blazing away at clays with Mr. Free Market, I hardly if ever shoot shotguns.  Once again, this is just a preference, or even a habit.  Not having grown up with shotguns (as many have), shotgunning is more of an occasional indulgence than a regular outing.  This is not true of any other firearm type, where I can be found at DFW Gun Range most weeks, burning out the barrels of my Springfield 1911, AK-47 and any number of .22 rifles or pistols.

And this is where I may have led some astray, because pithy throwaway comments like the shotgun barrel-orientation one above are fine as far as they go — but they’re not appropriate.  How so?

The plain fact of the matter is that if you shoot shotguns a lot — never mind people like Kim Rhode, I’m talking people like Mr. Free Market, who orders shotgun ammo by the pallet every year  for his birdshooting escapades — that amount of shooting is going to destroy your side-by-side shotgun’s action, as any competent gunsmith will tell you.  The firing of an off-center barrel puts a great deal of torque onto the action, and even guns made with the most modern steels and alloys are going to deteriorate more quickly than their over-and-under cousins.

The proof of the above statement can be seen, quite simply, in Olympic- and championship skeet and clay competitions, where everybody uses an over-and-under gun for the simple reason that they expend tens of thousands of rounds in practice;  and that amount of shooting would reduce any side-by-side shotgun to tangled metal in short order.

So if you’re a keen nay even rabid shotgunner, I’m saying, you may be better off with an O/U gun than the old SxS bangstick.  Even more telling, if you’re going to shoot off that many rounds each year, you need to spend maybe a bit more than you expect on your shotgun — right now, that might be $1,500 and preferably more for a second-hand model, and a great deal more to be on the safe side.  Rule of thumb:  shoot more rounds, spend more on the gun.

All that, so I can show you pics of beautiful O/U shotguns.

Now when it comes to brands, you pays yer money and you takes yer choice.  As the title of this post suggests, I’m way out of my comfort zone talking about this part of The Gun Thing, so let me just post a couple of unsolicited testimonials.

The aforementioned Mr. Free Market shoots the Beretta 686 Silver Pigeon exclusively.  He wore out one pair of 686s after a few years.  After his second set, he had to quit shooting 12ga because he was sick of having shoulder repair surgery every three or four years, and simply replaced his guns with the same model in 20ga.  Here’s what we’re talking about:

Another guy who shoots the hell out of his shotguns is former POTUS George W. Bush, who publicly announced his preference for the Weatherby Athena:

Collectors price:  just under $2,000 (although this particular piece is an older one — the more recent vintages can be quite a lot more expensive).

Noted Brit shotgunner Dave Carrie refers Browning O/Us (I think Miroku, or else the Citori models).  Here’s one of the latter:

And speaking of Dave Carrie, here’s a side-by-side shoot.  (Good luck with the accents… and I should point out that shoots like those of the Dave Carrie type are as yet unchecked on Ye Olde Bucquette Lyst.  That’s just in case Mr. FM happens by this part of the front porch…)

As with all things pertaining to shotgunnery, you can get guns priced out to the stratosphere, e.g. the usual suspects such as this mob, these guys and of course the Germans.  Here’s a Perazzi SCO Galeazzi: 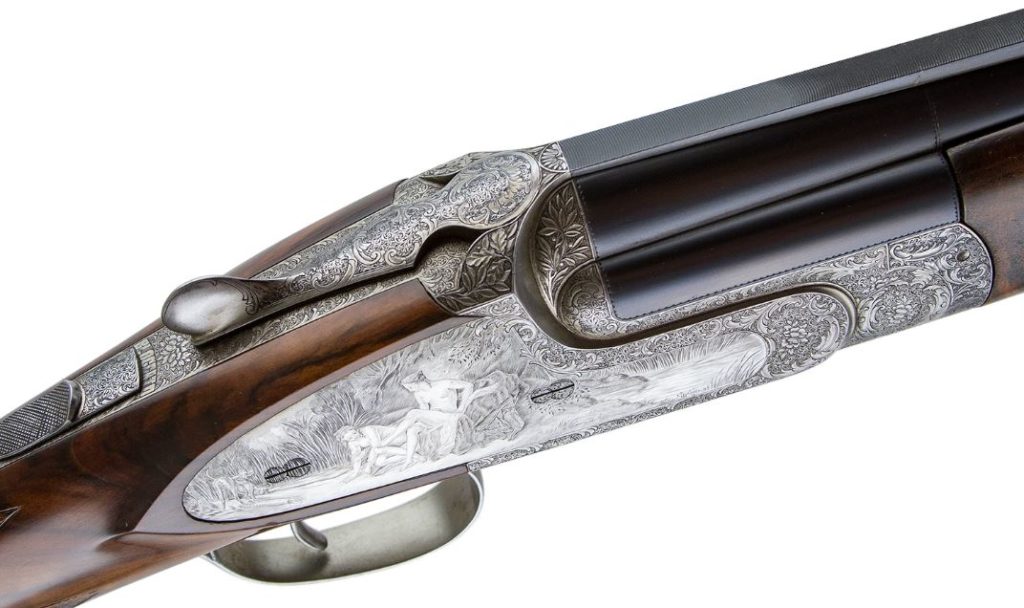 All comments on this topic gratefully received.

From CW comes this take: 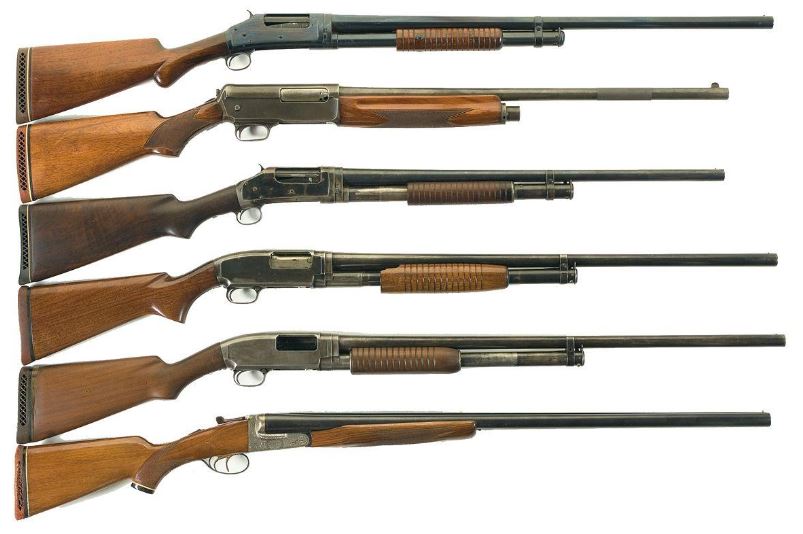 These are the guns which sold as a lot for a total of $1,100 at a recent auction.

Now granted, they all look rather well-used (rode hard and put away wet, as the saying goes), and I suspect most will require some serious gunsmithing to get up to snuff.   Nevertheless, I for one would welcome any one  of them into Ye Olde Gunne Sayffe (especially the 1897 pump at the top), let alone all six.

Advance notice: tomorrow’s GGP post will contain MOAR shotguns.  You have been warmed.

And to celebrate the century of tasteless caption-worthy pics, here’s something cl-assy: 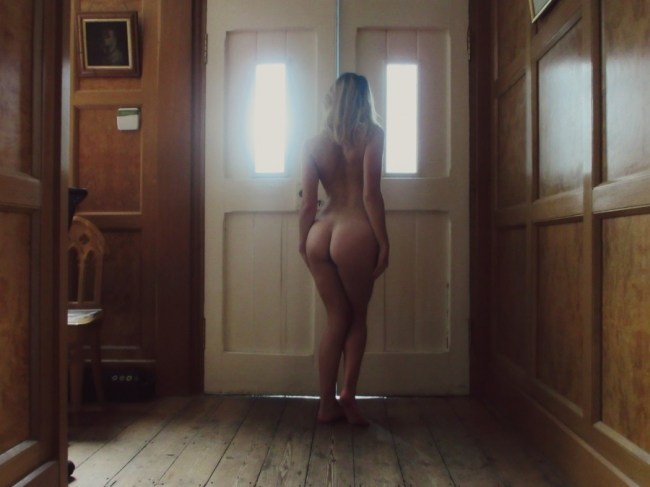 To all my Readers, may your turkey be tasty and your company convivial on this wonderful day.  (I’d also caution y’all not to drink too much, but then I’d be a hypocrite.) 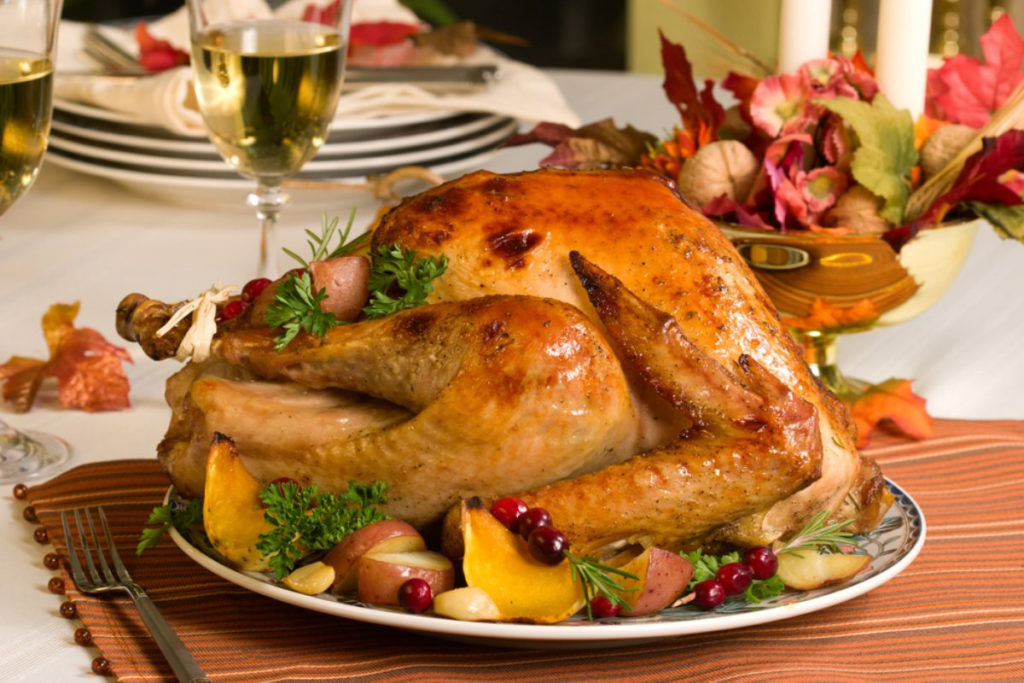 Now get outta here and back to yer loved ones.

A Wisconsin man was founding living in an undetected underground bunk in the Milwaukee woods for years with a dog and a stockpile of weapons and ammunition.
Deputies discovered hermit Geoffrey Graff’s odd, hidden abode on Wednesday after responding to a call of shots fired.
After entering the 8-foot-by-8-foot bunker – which was also 20-feet-long – the deputies found an arsenal of weapons including two shotguns, a rifle, a handgun, three knives, ammo and a bow with arrows fashioned from “snowplow stakes,” Milwaukee County Sheriff Earnell Lucas said at a news conference Friday.
Lucas said Graff’s bunker also had a grill, propane tanks, a generator, various power tools, boxes of food and canned goods.

I haven’t checked recently, but I think I could lay my hands on all that stuff (apart from the bow) within a few paces from my living room chair, a couple more are at arm’s length, and let’s not even talk about the contents of my nightstand.

I am curious, however, as to how one fashions arrows from snowplough stakes… I mean, how does one affix the flights to the shaft?  Are the stakes made of wood, or metal?

I think we need to know all that, but of course media.  They won’t even tell us the caliber of the firearms, which tells you all you need to know about journalistic standards.