The story of the film so far:  you’re the 65-year-old pastor of a Christian congregation, and one day you decide to admit to everyone that a couple of decades back, you were a very bad boy and had an extramarital affair.  All the congregation rises, and you get a standing ovation for your honesty, humility and courage, etc. etc. amen.

The woman with whom he had conducted the affair ascended the stage, saying the pastor had slept with her when he was 38 and she was 16.

Whoa.  It takes a lot to make my jaw drop nowadays, but this one did.

RFI:  is there a statute of limitations on statutory rape? 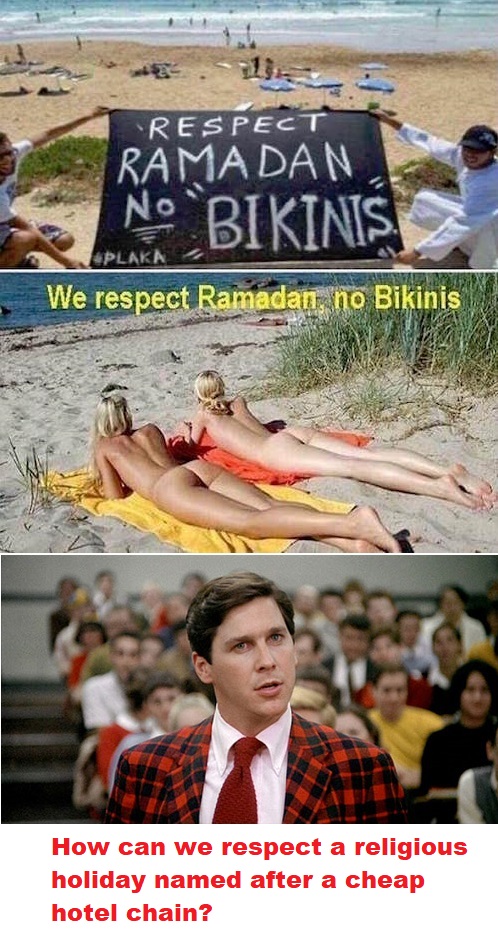 Texas comedian Ron White summed up the state of Texas’s attitude towards someone who comes to Texas and commits murder — “You kill someone in Texas, we kill you right back.”

Soooo… let’s just review the track record of Muslims when it comes to setting up shop in another country and killing people:  Somalia, Nigeria, Chad, Congo… and that’s just a few in north Africa, because history shows quite clearly that as soon as Muslims grow to more than 10% of the population, the killing starts.  Let’s not even talk about what their track record has been in countries where they are the majority:  Egypt, Libya, Iran, etc.

Well, fuck ’em, say I.  We didn’t start this jihad  shit:  they did.  So if this killing non-Muslims in their host countries, expelling non-Muslims from their own countries and in general acting like fucking Nazis in 1940s eastern Europe is their modus operandi  then we need to react in the same way as General George Patton would have done, let alone the way Aung San Suu Kyi (Buddhist) and Viktor Orban (Christian) are doing.

And if the liberals / Left / whatever these pricks are calling themselves these days think it’s so wrong, perhaps a one-year sabbatical in, oh, Saudi Arabia or Iran may help their thinking.