I thought this nonsense was more the provenance of the Japanese and Koreans:

Even when they switch to battery power, Ferrari supercars would continue to make a booming sound if a patent filed by the Italian firm is used in its electric vehicles of the future.
The Maranello-based car maker’s plans have been exposed by design drawings filed with the US Patent and Trademark Office, which were first spotted by CarBuzz.
They suggest the iconic brand wants to take the authentic sounds created by the powerful electric motors driving its plug-in models, then enhance them and pump the noise out via external speakers.

JHC, can anything be more pathetic?

As Loyal Readers know, when it comes to auto racing I’m a devotee of Formula 1, with only the occasional branch line into Le Mans and WEC.

Therefore I have been unaware of the kind of driver in the “lesser” racing formats, and have therefore missed a couple of good ones. 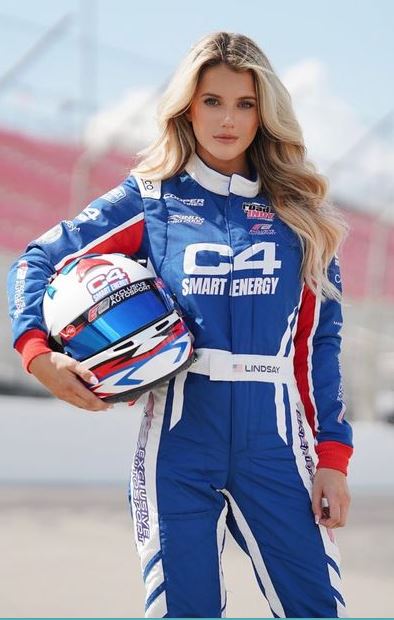 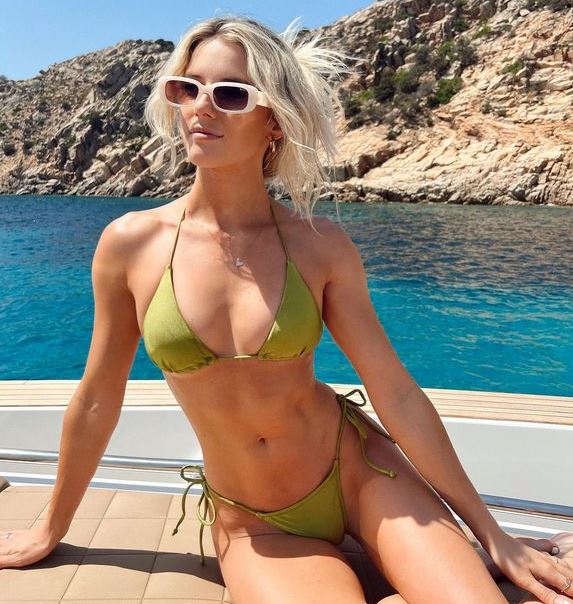 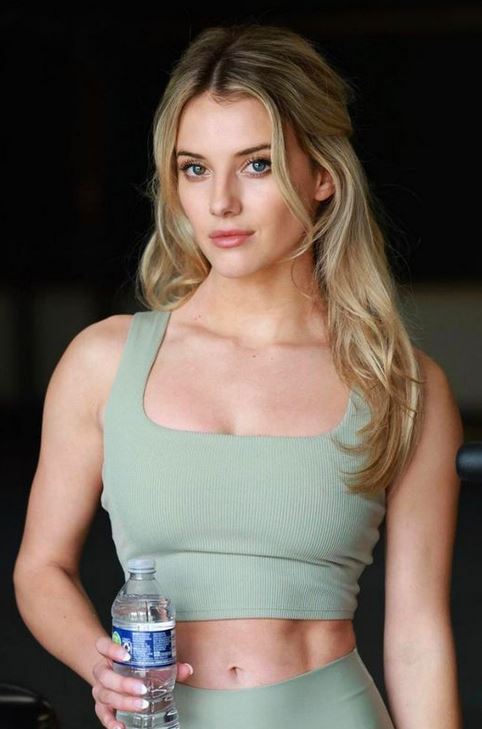 Then we have Toni Breidinger: 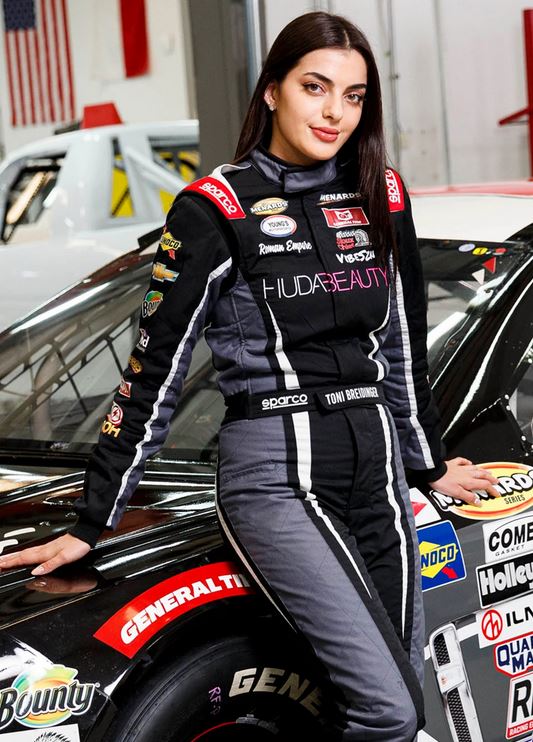 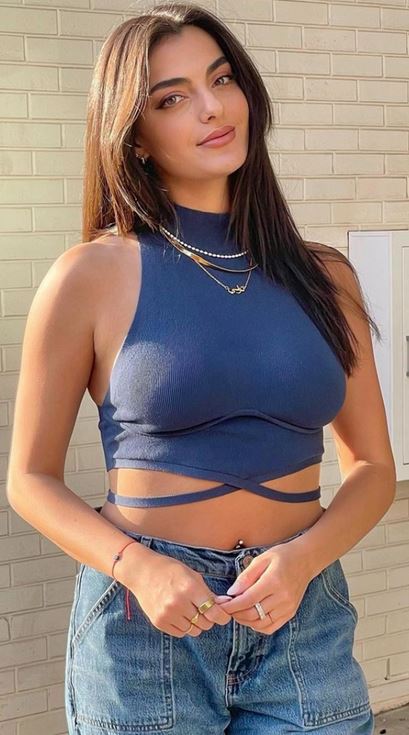 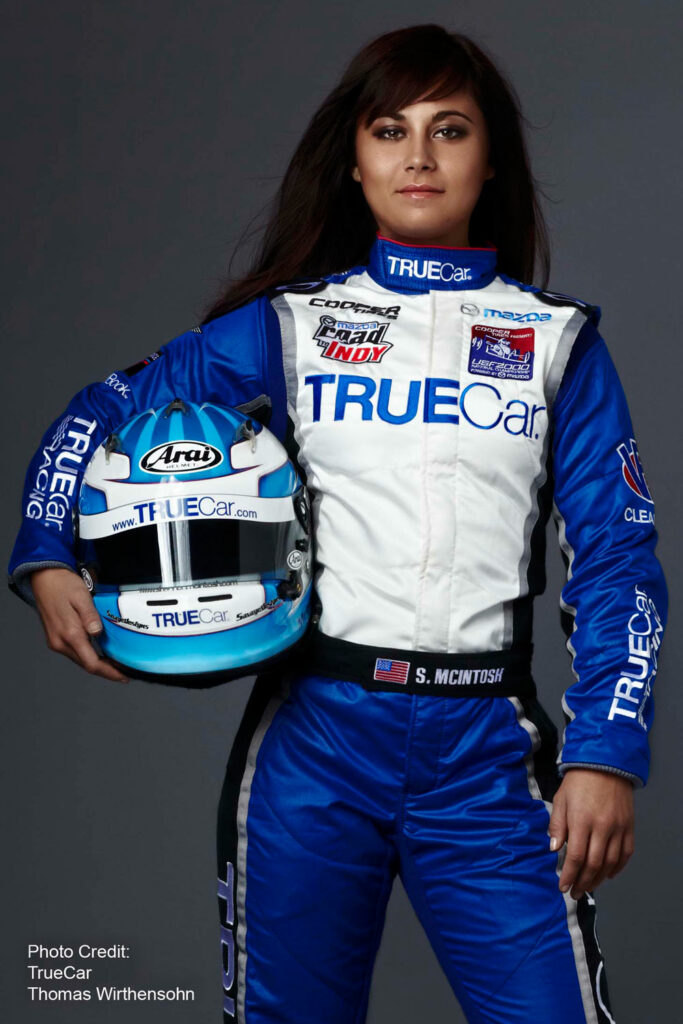 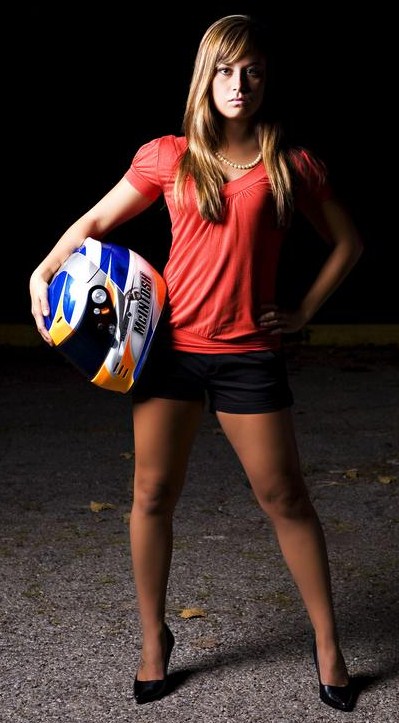 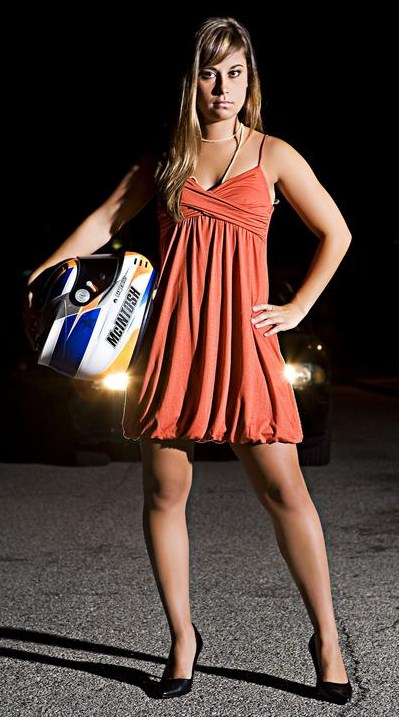 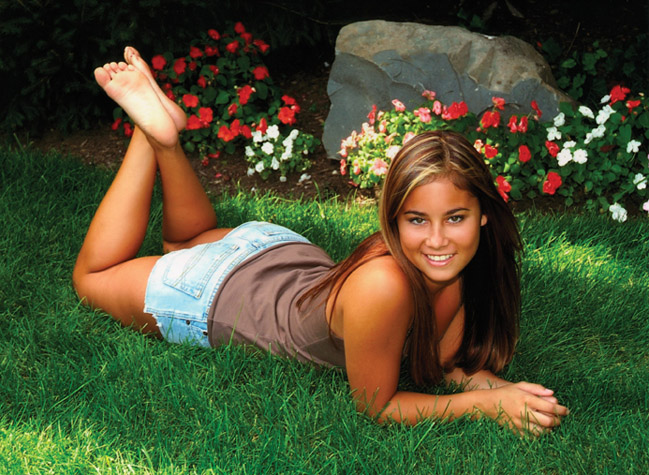 I need to stop being so closed-minded about this racing thing, and broaden my horizons a little, so to speak. 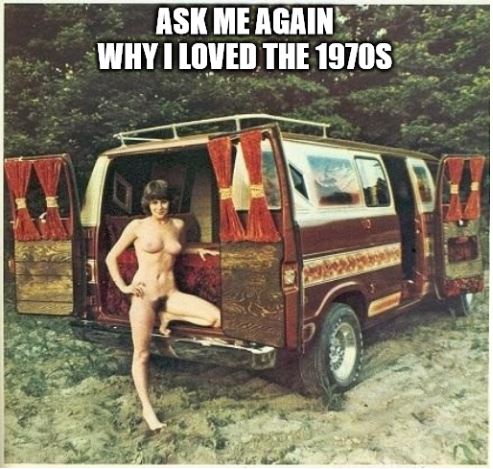 I absolutely ruled in the late 1970s… the first few years, not so much because I was still figuring out which end was up and what all these things were to be used for.  If you know what I mean.  But by 1975… hubba hubba.

My old VW panel van wasn’t pimped up like the above, but it worked just fine all the same.  (I had a bumper sticker on the back which read “Go ahead and laugh — your daughter may be inside”.)  It looked like this, but was more of a bamboo color: 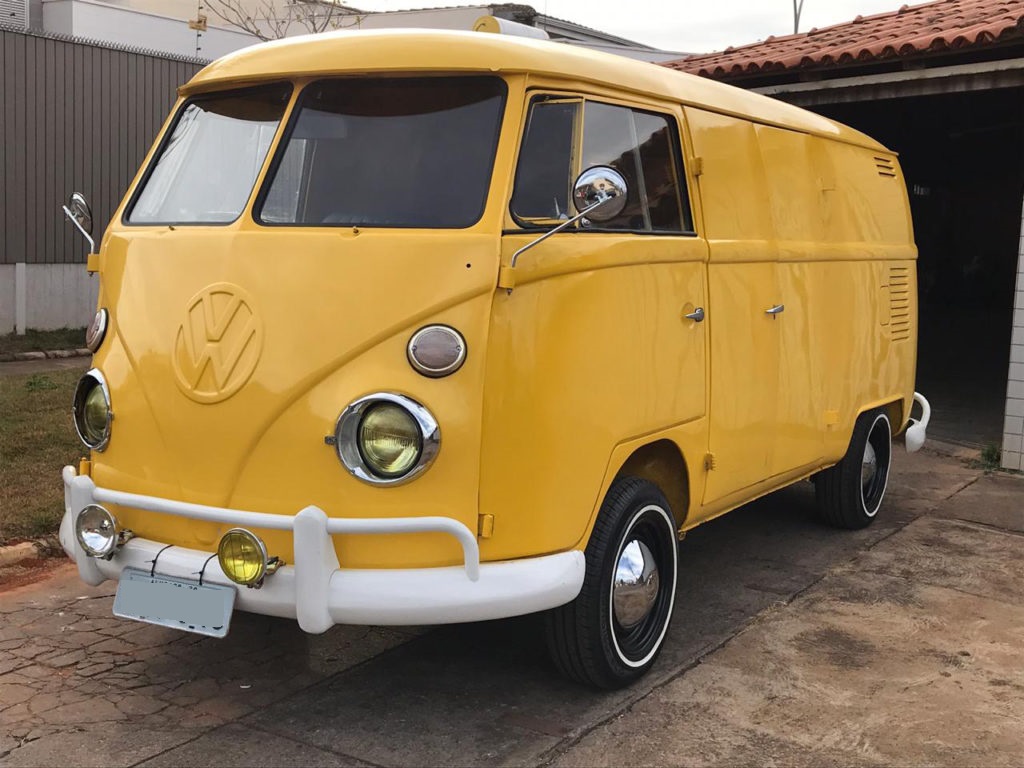 And then there was the music… even the bad ones are better than the crap we hear today.

I carried a Colt Combat Commander, my .22 pistol was a Beretta Model 75, my .22 rifle was a Winchester 63, and my hunting rifle was the old Israeli Mauser in 7.62mm NATO: 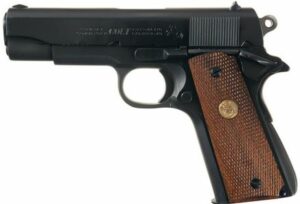 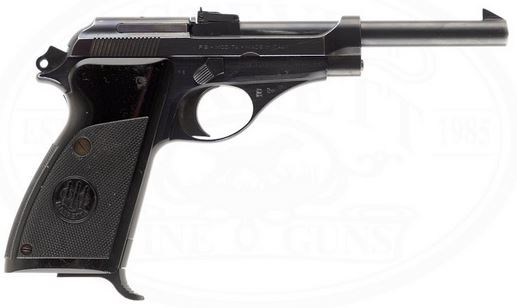 Stephen Moore has the truth of it:

The American auto companies, which are so often bailed out by U.S. taxpayers, have made a pronouncement that they intend, in the next few years, to stop making and assembling gas-engine cars. You know, the kind of cars that Henry Ford started rolling off the assembly line 100 years ago at the Ford Motor Company in Detroit.

Henceforth, virtually all American-made cars will be electric vehicles. Perhaps the corporate brass in Michigan’s auto executive offices thinks this makes them good global citizens. They are all in on the fight against global warming. They may be making a political bet that the federal government and more states are going to go the way of California and eventually mandate that every car produced must be battery-operated. But there is also a good deal of virtue-signaling going on here by the folks at Ford and General Motors.

It’s a free country, and if they want to start rolling millions of EVs off the assembly lines, so be it.

But it’s one thing to make cars that appeal to members of the Sierra Club and quite another to produce automobiles that the typical buyer wants. And guess what? So far, most people have turned a decisive thumbs-down on EVs. (Incidentally, I’m personally agnostic on electric vehicles. I’ve driven Teslas, and they are wonderful smooth-driving vehicles. But they have problems, too, such as getting stranded with no juice in the middle of nowhere.)

So far, only about 6% of new cars sold are electric vehicles. And polls show that only about half of Americans prefer an EV over a traditional car. Much larger majorities oppose the government telling us what kind of car we can buy.

No kidding.  And his conclusion is right on:

You would think that U.S. automakers would understand a basic red, white and blue reality, which is that Americans have a special and long-standing love affair with their cars. They aren’t going to trade in their Mustangs, Camaros, Cadillacs and trucks for an EV. For many of us, this would be akin to taking away our firstborn.
…
Sorry, this is 2023, not 1923, when Henry Ford said you could have a Model T in any color you wanted, as long as it was black.

Yeah, fuck Detroit and their “good global citizens” bullshit.  They need to start being good American citizens first, because without American car buyers, they’d be smaller than Dacia.  The last time GM, for example, played footsie with the Euros, the result was the Opel Blitz, which comprised almost all Hitler’s trucks as he pillaged Europe and Russia.

This latest foolishness is on a par — except that it could doom their whole company.

Hey… they’re a private company, sort of, so they can make any decisions they want. But:

Incidentally, as this “woke” green energy fad fades into the sunset, as it almost assuredly will, and the American auto companies see their sales crash, they’d better not come begging for yet another taxpayer bailout.

Yup.  Not one red fucking cent.

Looks like I’ll have to drive my Tiguan — or a second-hand Toyota equivalent — for the rest of my life.  That’s not the worst fate that could befall me.

You know how you will sometimes run across a woman who you know will be bad for you, will empty your wallet, will cause you to do bad things (and not just to her), will cause you to get into trouble, but at the end of the day, you just can’t help yourself? 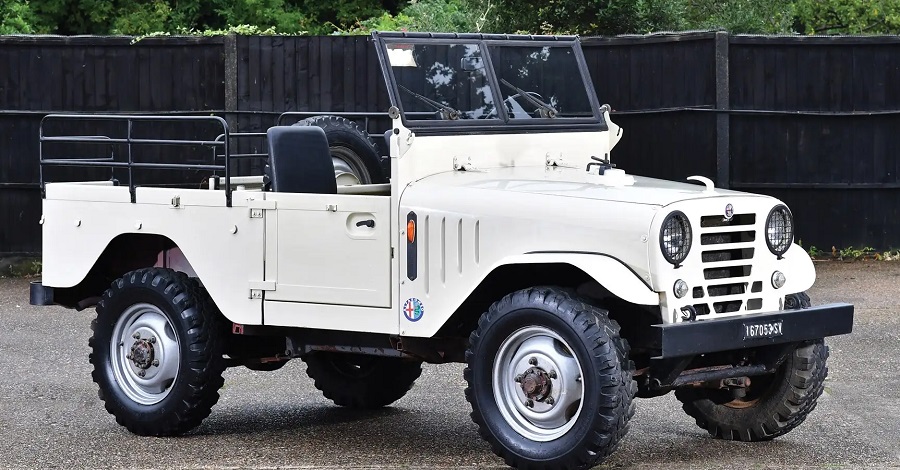 Didn’t know Alfa made a jeep-type utility back in the early 1950s?  Nor did I.  But let’s get back to the standards set in first paragraph of this post, because this little thing even warns you by its nickname that it’s going to be trouble:

Because it’s an Alfa. 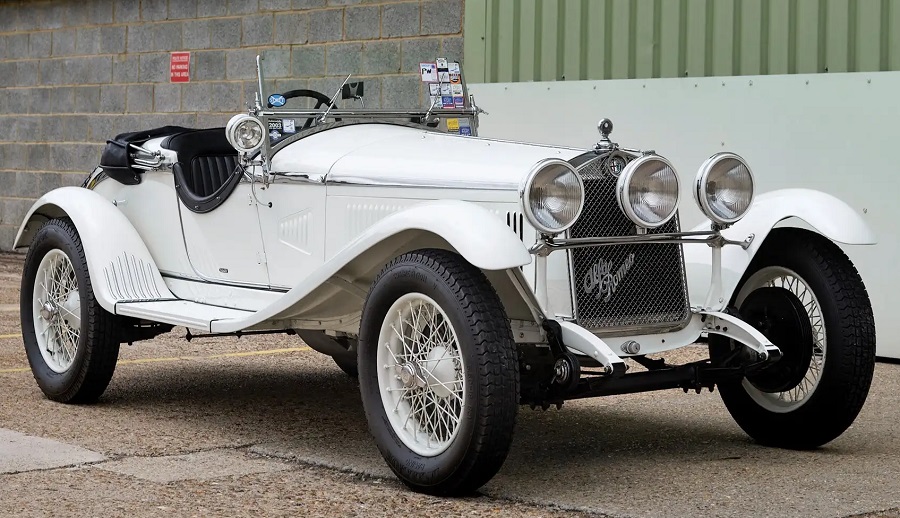 I want this one even more than the Matta… wait, no I don’t / yes I do aaaaaarrrrrrghhh I want both, because they color-match.

I have as much resistance to Alfas as I have to the type of girl in the opening paragraph.

…in these here modern times: 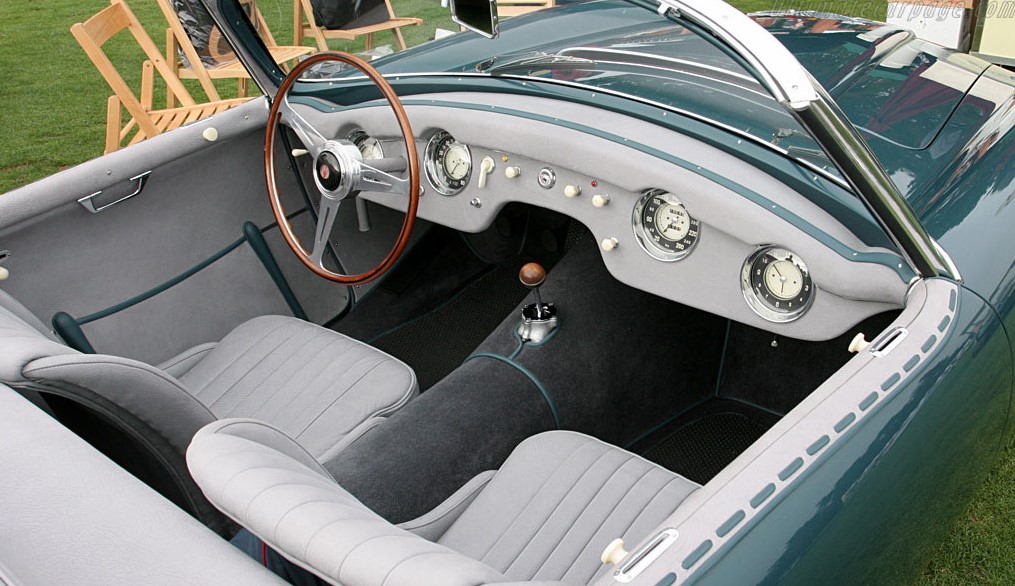 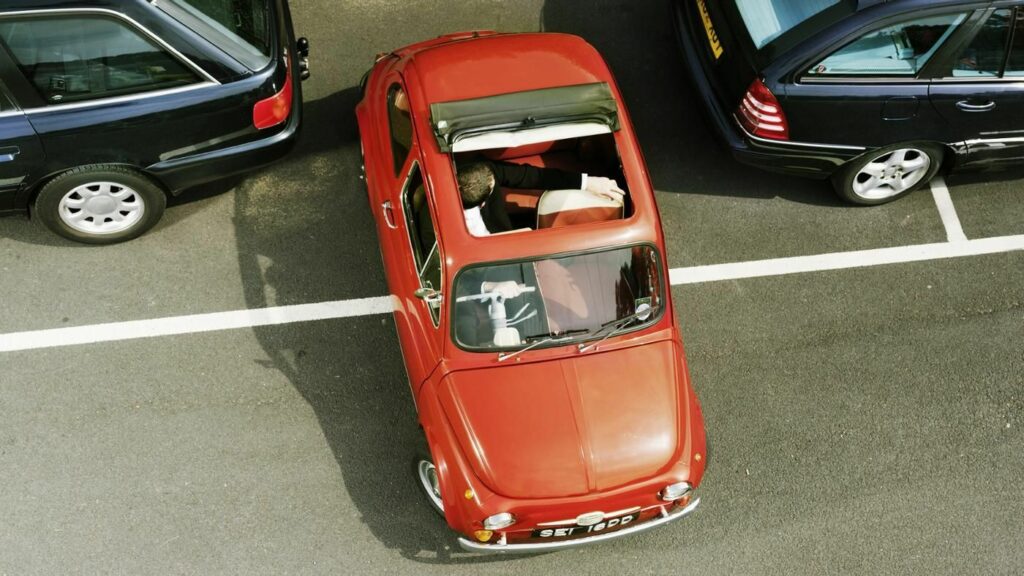 Feel free to add your ideas of other unnecessary driving skills, in Comments.