John Nolte does an interesting service for all of us in examining which movies should have won Best Picture awards during the 1960s.

I only took issue with a couple (and I agree with his scorn for the Academy’s inexplicable yen for big-budget musicals like Sound of Music, West Side Story and [the weakest] Oliver! ).

1961:  The Misfits  (over West Side Story ).  At the end of this movie, my emotions felt like they’d been pulled through a roll of barbed wire.  Gable and Monroe, both unbelievably good.

1962:  Lawrence of Arabia  (which did win, and deservedly so).  The only other possible contenders could have been Cape Fear  and What Ever Happened To Baby Jane?

1964:  Becket  (over My Fair Lady ).  Once again, not even close.  The only other movie which could ever be considered that year was Zorba The Greek.

1965:  Doctor Zhivago (over The Sound Of Music ).  Or maybe The Spy Who Came In From The Cold, if we’re going to consider Cold War noir  movies as Oscar material.

1966:  A Man For All Seasons.  Which won, and considering it’s one of the greatest movies ever made — bar none — there’s no argument from either me or Nolte.

1967:  Nolte makes this a tie between In The Heat Of The Night  (which won) and Bonnie and Clyde.  I would fuzz the issue up by arguing for Cool Hand Luke  and Belle Du Jour  (even though it’s furrin;  good is good, and it’s magnificent).

1968:  This was the Year Of Oliver!  — and while Nolte recommends Rosemary’s Baby  in its place, I would choose The Lion In Winter  (even though it’s really just a filmed play like Zefferelli’s Romeo and Juliet — also from 1968).  It was actually a terrible year for movies, and the only other way to go is for the quirky (e.g. Lindsay Anderson’s if… or Once Upon A Time In The West ).  That’s five alternatives to Oliver!, and each of the five is better that that syrupy slop.

1969:  Midnight Cowboy  won, and deservedly so.  My only possible alternatives would be Anne of the Thousand Days  or The Wild Bunch, but in truth, they’re far behind.

Lots of fun.  Feel free to nominate your favorites, in Comments.

Afterthought:  Nolte has done the same for the following decades, but they’re less interesting — both in terms of the movies themselves and how time changed the criteria for Oscar-winning films.  (Braveheart?  Titanic?  Seriously? )

Here’s a quote from some young actor who is currently appearing in a TV show about homosexuals (which I’ll never watch):

“It is awkward, but the thing was, on the show we had people called intimacy coordinators and their jobs, they’re amazing, they’re jobs are to help with the sex scenes and everyone doing the sex scenes to feel safe and fine and not awkward.”

Here’s a thought:  if your actors are requiring what is essentially psychological counseling just to get through a sex scene, perhaps you might just want to dial back the sexuality a tad?

Look, I love me a decent sex scene:  Body Heat, Impulse, Zefferelli’s Romeo & Juliet, Don’t Look Now,  Unfaithful and the original The Girl With The Dragon Tattoo (not the rape scene, though) — all those and more have been fun as hell to watch, and even now are still quite titillating.

Modern mainstream movies about sex are like that.  I defy anyone to be anything but depressed after watching Gaspar Noé’s Love, Lars von Trier’s Nymphomaniac , 9 Songs or Anatomie de l’enfer (to name the most extreme examples).  In some of the modern French movies (e.g. Anatomie), I start to feel depressed during the first sex scene, which must be some kind of record.

I’m not suggesting we go back to the Hays Code era, where the husband and wife had to sleep in separate beds, and extra- or non-marital sex had to result in the death of one of the participants (which is downright sick, sicker than the taboo sex).  But seriously:  let’s just leave a little to the imagination, shall we?

Here’s a thought:  if a sex scene means that the actors have written into their contracts that the acts must be performed by a body double,  then dial it back and ditch the sexual stand-ins.  And any sex scene which lasts longer than one (1) minute should be edited until it doesn’t.

Let’s keep it sexy, but also keep it subtle, and short.  Sex doesn’t have to be spelled out — we all know what it’s about.  Here’s an example, from Hitchcock’s North By Northwest :

Anyone remember what this scene cut to?   Yup:  here it is.  Thirty-five seconds.

The Swiss made cars?  Who knew?

And I would have any of them, but most especially the 650 F1, in a heartbeat.

Loyal Readers may remember that a couple-three months ago I talked about fine shotguns, and my takeaway was that even if the Lottery Gods were to smile upon my choice of numbers, I’d be unlikely to buy a matched pair of Purdeys.

So what makes one of Purdey’s bespoke guns so exclusive, and yes, so expensive?

This evening, gather about ye a quart or so of your favorite beverage (Scotch, gin, coffee etc.) and spend the following hour and a half walking through the Purdey process — all of it — to see everything that goes into making one of these: 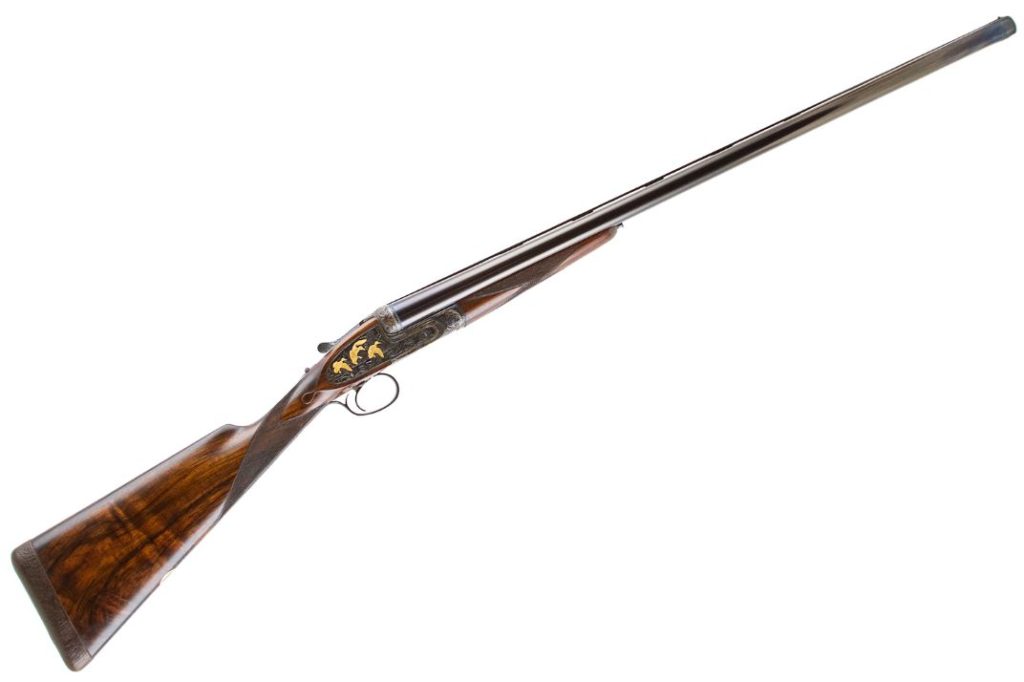 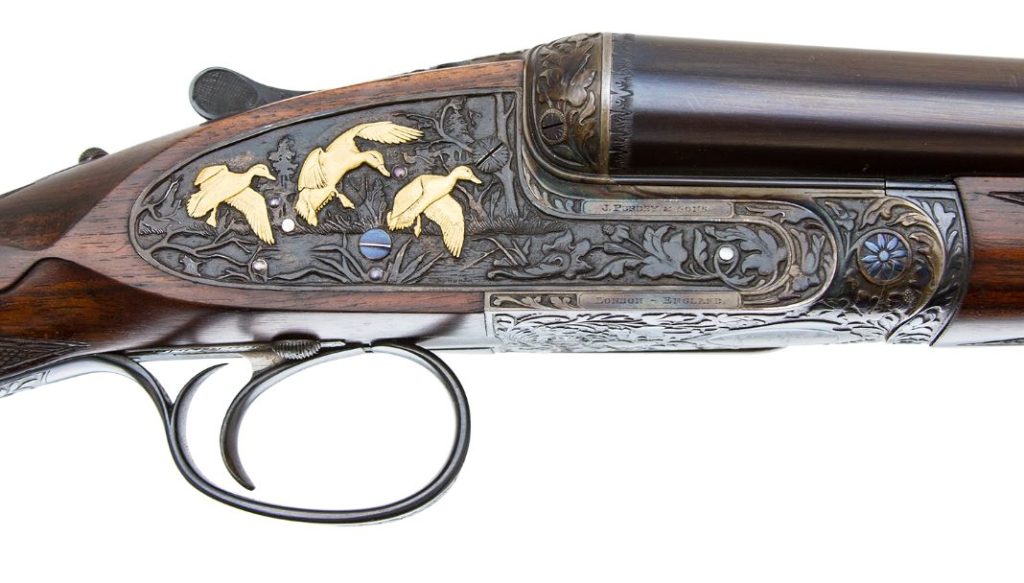 All that said:  even with all the money in the world (so to speak), I don’t know if I’d ever buy myself a Purdey (let alone a matched pair) — but I would seriously  consider buying one, or a pair, for the Son&Heir under those circumstances.  (He’s a better shot than I am, and  he’d have longer to enjoy shooting it than I would.  Plus, it’s a good investment.)

And one final warning:  do not go and browse around Steve Barnett’s website;  it is a Very Bad Place, and will cause you to think Unworthy Thoughts.

I seldom watch movies these days — “these days” being the last quarter-century — that for me to compile a list of “Best Movies Of Recent Times” would be a hopeless proposition.

However, Breitbart’s John Nolte is a movie buff, and as I generally agree with his opinions about those few movies I have  seen, it’s worth pointing to his “Best 53 Movies” lists:

I don’t agree with his choice for #1 — fine movie though it was — but it’s a good list nevertheless.

The only glaring omission I could see (inexplicably, it didn’t even make Nolte’s list of finalists) was 2009’s wonderful Taking Chance, in which Kevin Bacon (finally) gave a really good performance.

Have at it — and if (like me) you haven’t seen many of Nolte’s 53 movies, it should give you a decent reference list to look up on the various streaming channels.