RFI #1:  Someone said they had a spare M1 Carbine extractor floating around.  Please email me so we can arrange delivery, payment etc.   I managed to get hold of a G.I. Armorer’s Manual for the gun, so I can probably install it myself.

RFI #2:  I need to get a shotgun for much later in the year, but I’ll have to part with one of my old WWII-era bolties to pay for it.  The shotgun will probably be the CZ Bobwhite SxS G2 (20ga) which runs about $700, what with with all the paperwork and shipping involved:

As for the bolties… hell, this will be like parting with a child.  If anyone’s at all interested in one, let me know by email and I’ll reply with pics of the guns you can choose from (because I can’t make up my mind).  Obviously, Texas Readers will get first kick because of the hassle-free transaction / no shipping cost / plus free ammo.  Obviously too, I will entertain offers from anywhere in the lower 48, but without the ammo, which would require separate shipping ergo cost.

“My wife is 46 and I’m 48. We weren’t getting on and she was distracted, always on her phone, messaging someone. But when I managed to peek at her phone, all messages had been deleted — a tell-tale sign if ever there was one.

“I asked her if everything was OK between us, and she swore it was. She even made a special effort that weekend — cooking my favourite dinner and coming on to me for sex.
Still not convinced, I decided to hire a PI to follow her when she went to work. Within a week, he’d taken pictures of her meeting a man at a hotel — and checking into the same room.

“She had been blatantly lying to my face. Furious, I confronted her and said our marriage was over.

“In 24 hours I found a flat, moved out all my stuff and contacted a solicitor about divorce.

“But now, I’m starting to feel that I shouldn’t have gone.

“I’m the innocent, blameless party here, sitting alone in an ugly flat, with cheap furniture and a suitcase of my clothes. She’s the cheat who destroyed our marriage.

“Yet she gets to be in our beautiful, warm home with all the things we bought together over the years. Plus, I’m still paying half the mortgage on the house and will be until the divorce is sorted. It seems terribly unfair.

“And I know I’m far from the only man this has happened to. Why is it always the man who moves out?”

Your mistake was a rookie one.  You never give up the house.

What you should have done is what scorned women often do in the same situation:  while she was at work, emptied the house of all her stuff (including the ugly shit she’d acquired at antique stores etc. and which you hate) and either tossed it on the front lawn or (if you’re a nice guy) had it all stored it in one of those storage places — locked with a stout padlock to which you had the key.  Next step:  called a locksmith and had all the house’s locks changed.

Then when Cheating Lying Bitch came home and discovered that she’d been locked out, you could confront her with the evidence that she’d been unfaithful, the consequence of which was that you’d assumed ownership of the house.  And only then given her the key to the storage space, with instructions to call your attorney for details.

Let her be the one sitting alone in an ugly flat, with cheap furniture and a suitcase of her clothes.

And you’d have to be prepared to sell the house to give her half the proceeds (because she’s been contributing to paying off the note).

Do you want me to repeat that one more time?

“I’m 24 years old, and I’ve been riding horses since around age 4, when I started taking lessons. When I was 10 I started helping out this girl at the stable with her horse Lady.

“When I was 12, she told me she had to sell due to time/interest and asked if me and my parents wanted to buy Lady. Luckily for me, my parents were able to buy her and she’s been mine ever since. She’s my best friend and I love her a lot.”

“When I started dating my 26-year-old boyfriend, I made sure to be upfront and honest about how much time I spend at the stables, as I was worried he’d think it was ‘too much’.

“He originally told me that he didn’t have a problem with my spending so much time there because it was important to me — but he started to change his tune as our relationship went on.

“When single I could spend three to four hours a day in the stable but as we started dating I cut this down to about three hours every other day,” she added.

“This is roughly how long it takes for me to do all the cleaning/preparing food/riding. Most of my friends are at the stable which obviously means this is also social for me.

“After about six months my boyfriend told me I spent too much time at the stable and I should prioritise my relationship more and somehow his family got involved, saying it was strange to prioritise the way I did.  I wasn’t comfortable with this but I am a bit of a pushover so I agreed.

“To try to appease him, I cut down on my riding hours even more as I was worried about my boyfriend blowing up at me for taking too long:  he’ll be annoyed and pissed off for days and give me the silent treatment.

“I know my horse isn’t really suffering from not being ridden as often as before but I still feel very guilty that I’m always rushing around her.

“Still annoyed by how much time I was spending at the stables, my boyfriend turned to me one night and asked me to put down my horse because ‘she’s old anyway’.  He told me it was time to sell Lady. I laughed at him and asked if he was serious. He was.

“He said that any reasonable person would sell or put down their horse in favour of their boyfriend and the only reason I wouldn’t is because I only hang out with other insane horse people.

Let’s be absolutely clear about what’s going to happen in your near future.

Your beloved Lady is going to die at some point, and there’s no getting around it.

Dump the asshole now.  Do not pass GO, do not collect £200.  Break up with him in the most brutal way you can — let him catch you in bed bonking another bloke, is my suggestion — but ditch him nevertheless, and then ghost him and his foul family forever.  (I’m tempted to have one of my Brit friends call on him, but the murder rate in the U.K. is high enough already.)

I absolutely guarantee that your life will be better after wiping this piece of pig shit off your shoe.

There are much more worthy men out there for you, and even better, there are men who love horses as much as you do.  Find one of them, because he’ll be a better choice than Mr. Euthanasia.

My usual warning about tonight:  don’t go out, because the roads will be filled with cars driven by amateur drunkards.  Stay at home and drink, maybe with a couple of neighbors: 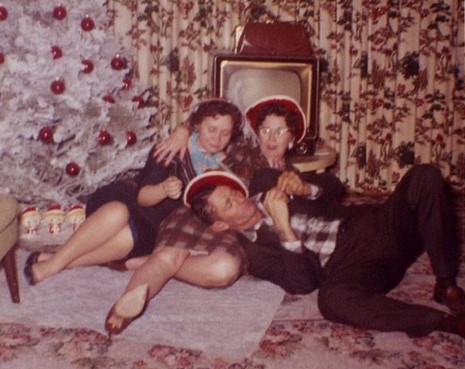 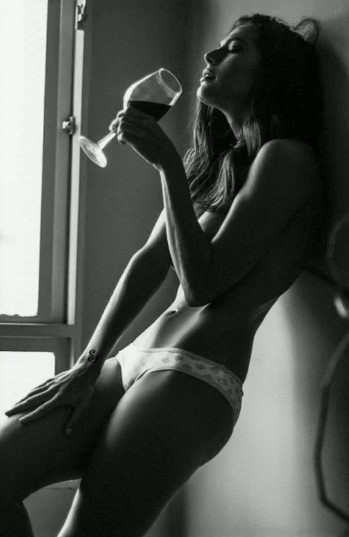 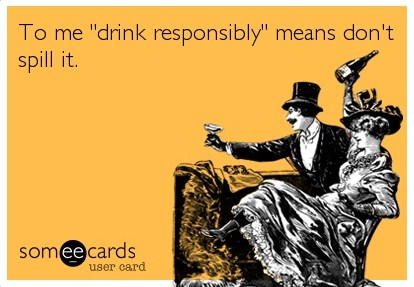 “My wife, 64, is a kind woman but never enjoyed sex. To her, it was an unpleasant task, necessary for procreating. Once our children — now 34 and 32 — had been born, our sex life disappeared to nothing.

“I love my wife, and we get along as friends, so I accepted this as my lot in life. But I missed intimacy and feeling loved, the warmth of a woman’s body against mine.

“Then I met a much younger woman (31) at a work conference. At first, I couldn’t believe a beautiful young woman would be interested in an old man like me (I’m 64), and we began a passionate affair.

“The love-making is so incredible that I’m desperate to leave home and marry my lover — but I’m old enough to be her father. Despite being 30 years my junior, she has taught me so much about sex — positions I’d never imagined trying, using sex toys and talking dirty.  These are things my wife wouldn’t have dreamed of doing and I can’t get enough of it.

“We have been sleeping together for almost a year. After three decades without a sex life, I am finally feeling fulfilled.

“I thought she was scamming me or using me for money. But she said she found my intellect a huge turn-on.

“I am sure my wife suspects that I am having an affair but I don’t think she cares.

“Would it be wrong of me to leave her and seek some happiness with my lover?”

Yes, it would, and here’s why.

From what I can see, what’s holding you and Miss Hotty Totty together is lust and (in her case) being with someone more mature than the snowflakes of her own age group.  This is not altogether a Bad Thing, of course (many relationships are based on far flimsier a foundation), but there are some realities you need to face.

In a couple-three years’ time, your dick is going to stop working.  Not your fault, it’s just a sad consequence of male physiology.  You can pop the Blessed Woody Pill all you want, but after a while it too will no longer be able to coax any interest from your drooping phallus, and you’ll be left with Custer’s Last Stand, so to speak.

In ten years’ time, you’ll be 74 — and if you’re like most other men, decrepitude will have set in, your brain will start to slow and you’ll be spending most of your time shouting at seagulls.

At this point in time, Miss Hotty Totty will be 40.  Here’s a sample picture of a 40-year-old woman:

That’s actress Ruth Wilson.  Do you think a woman like that will be wanting to push you around in a wheelchair for the next five or so years?  And that’s not even the worst part;  this is:

Ruth Wilson ‘thinks about having a baby every day’.

Yup.  Unless Miss Hotty Totty has already popped a sprog or two (you didn’t say, but I’m guessing not), her little breeding clock is going to start clanging in her ears (and therefore yours too) like the bells of St. Mary’s.  Do you really want to be a daddy again at age 67?

Do all those things, and when it all ends, as it will, at least it won’t end catastrophically.  Unless your wife stabs you to death.

As you all will recall, I canceled my PayPal and Venmo accounts because reasons, but of course that means that I can’t get any electronic payments from supportive Readers through that medium anymore.

I know it’s a PITA to write checks, but until I set up an alternative, please send donations via that medium at the Sooper-Seekrit mailing address (6009 W. Parker Rd, Ste 149-141, Plano TX 75093) until I set up another electronic payment method.  In the interim, rather than sending monthly donations by check (as many of you do), please consider using Patreon instead in the meantime.

Which brings me to the RFI:  if not PayPal/Venmo, then who?