In my innocence, I always imagined that evolution was a Good Thing, in that v.2.0 would always be an improved version of v.1.9.9, and so on.  (Of course, that belief has been massively degraded by having to deal with software companies, but that’s for another time.)

I understand, therefore, that evolution is not necessarily an improvement, but by and large it has proven to be so — a 2021 Corvette is a much better car than its 1961 ancestor, at least mechanically speaking.  As for its shape?  I’ll let you decide:

Regardless of the shape change (ugh), I think we can agree that the 2021 model performs much better than the 1961 model, mechanically speaking, because let’s be honest, engine technology, materials and things like suspension- and brake technology are better now than they were sixty years ago.  And even the modern shape is no doubt far more efficient in terms of air management than the older one, so at least there’s that.

Now let’s talk about guns.  Here we have a situation where the technology has hardly changed at all, materials have improved somewhat, but (say) a .22 pistol’s operation and efficiency have stayed pretty much the same.

So sixty-odd years ago we had .22 pistols that looked like the High Standard and Beretta: 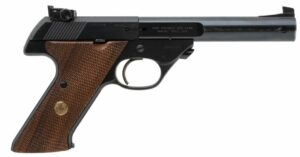 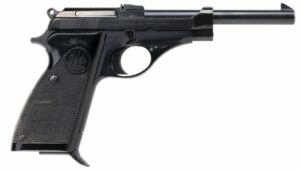 …which, I think we can all agree, did an excellent job of putting the boolet into its intended destination.  Modern pistols, of course, do just as good a job of that — pistols like the FN and SIG: 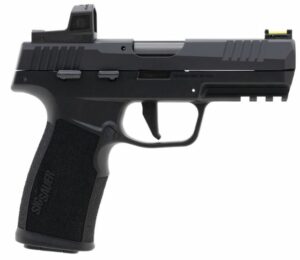 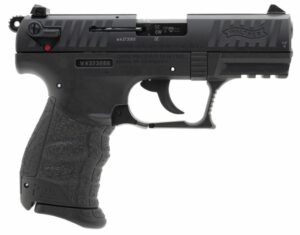 …but for all their improved technology and materials, they somehow end up looking like a dog’s ass.

To return to the cars for a moment, it’s as though the Corvette:

I know, I can hear y’all now:  “The old fart’s lost it again, jabbering about the Good Ole Days.”

But I’d still rather own a Beretta 101 than any of the current crop of .22 hand-bricks. 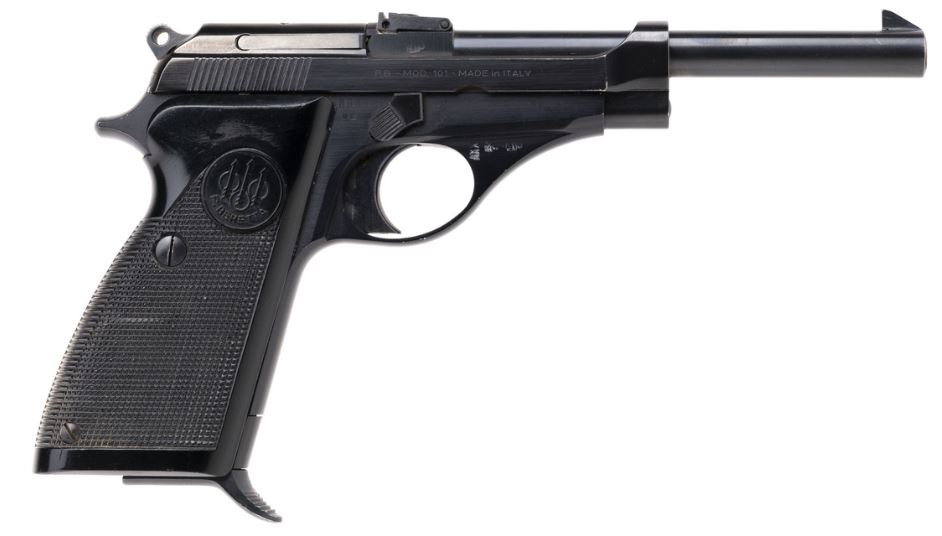 And to wrap this whole train of thought up, I want somebody to explain how ideals of female beauty like this:

…have somehow evolved into this: 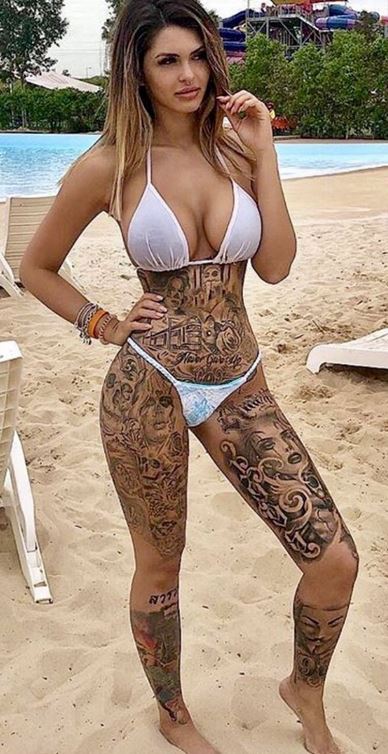 Same form, same basic functions between the two models… but ugh.  No thank you.

When I saw this:

…my Olde Phartte Eyes initially read it as “breaking of the wind”.

My eye appointment is next week…

You know you might just be getting old when: you see a mother-daughter pic, and you get the hots for the mother. 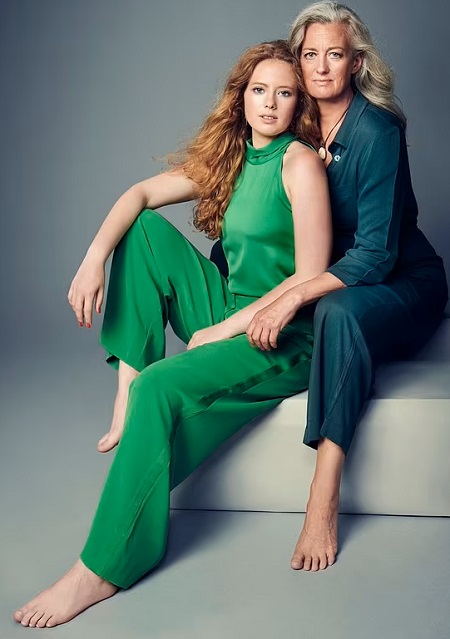 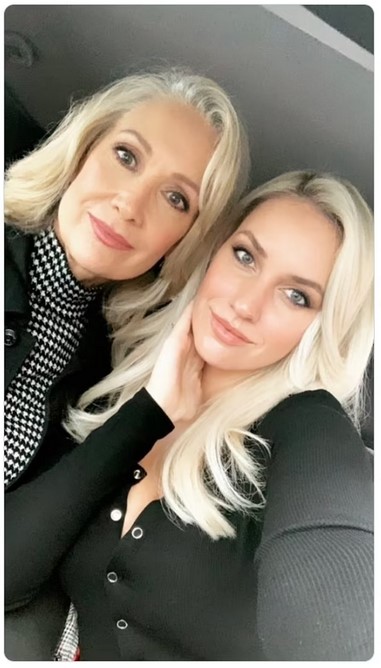 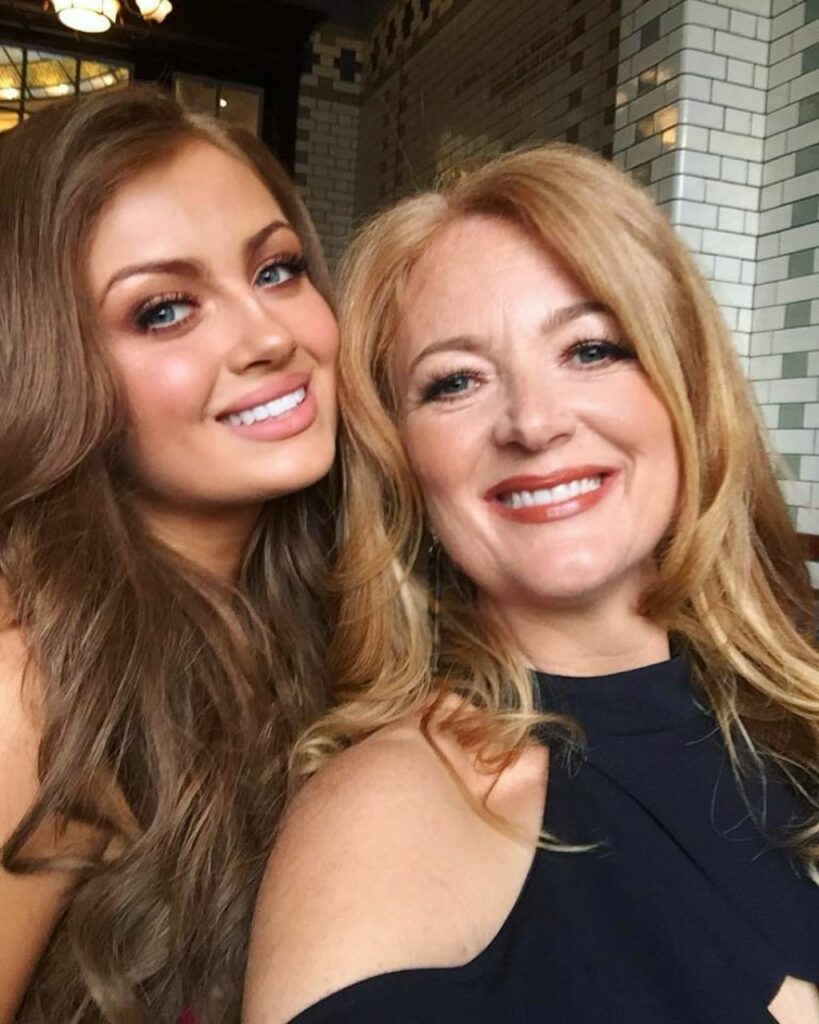 Sent to me by Longtime Buddy Mervyn:

This is how it manifests . I decide to water my garden. As I turn on the hose in the driveway, I look over at my car and decide it needs washing. As I start toward the garage, I notice mail on the front verandah table that I brought up from the mail box earlier, just after the mailman had made the delivery.

How to replace a jean button – that looks like a jean button. But, then I think, since I’m going to be near the mailbox when I take out the garbage anyway (and the mailman picks up the mail at noon) I may as well pay the bills first. So, I take my check book off the table, and see that there is only 1 check left. My spare check book is in my desk in the study, so I go inside the house to my desk where I find the can of Coke I’d been drinking earlier this morning.

I know I was going to look for my check book, but first I need to push the Coke can aside so that I don’t accidentally knock it over. The Coke is warm, so I decide to put it in the refrigerator to make it cold again. As I head toward the kitchen with the Coke, a vase of flowers on the dining room table catches my eye — they need water.

I put the Coke on the dining room table and discover my reading glasses that I’ve been searching for all morning. I decide I better put them back on my desk, but first I’m going to put more water in the flowers. I set the glasses back down on the table, go to the kitchen sink to get a jug and fill it with water and suddenly spot the TV remote on the window sill. Someone left it there.

I realize that tonight when we go to watch TV, I’ll be looking for the remote, but I won’t remember that it’s on the window sill, so I decide to put it back in the living room where it belongs, but first I’ll water the flowers. I pour some water in the jug, but spill some on the floor. So, I set the remote back on the kitchen bench, get some towels and wipe up the spill. Then, I head down the hall trying to remember what I was planning to do.

At the end of the day:

– the car isn’t washed
– the checks aren’t written for the bills to be paid
– there is a warm can of Coke sitting on the dining room table
– the flowers don’t have enough water,
– there is still only 1 check in my check book,
– I can’t find the remote,
– I can’t find my glasses,
– the garbage hasn’t been taken out
– and I don’t remember what I did with the car keys.

Then, when I try to figure out why nothing got done today, I’m really baffled because I know I was busy all day, and I’m really tired now. I realise this is a serious problem, and I’ll try to get some help for it.

As I replied to Mervyn, that’s actually quite a productive day… for me.

As an Ole Phartte of some renown, imagine my gleeful chuckles when reading about this man’s requirements for employment at his business:

A Welsh dessert shop boss has shared the most brutal job advert you’ve ever seen on Facebook, but has been universally praised for his no-nonsense attitude.

And if you don’t give at least one approving “attaboy” when you read the ad, we can’t be friends.

Here’s a similar no-nonsense attitude, but in precisely the opposite direction.

As one would imagine, I would be in real danger here — although I’ve found that the more I drink, paradoxically, the less I swear.  (Regular Drinking Buddies Mr. Free Market, The Englishman and Doc Russia might contradict this, though.)

Whatever:  I would happily guard my tongue at the Fox & Goose to be free from screaming children and fucking (oops) cell phones.  The only thing that might cause me to give the place a miss is that I’m not that fond of Samuel Smith beer — but then again, life is full of compromises. innit?

Found these two pics in a newspaper somewhere: 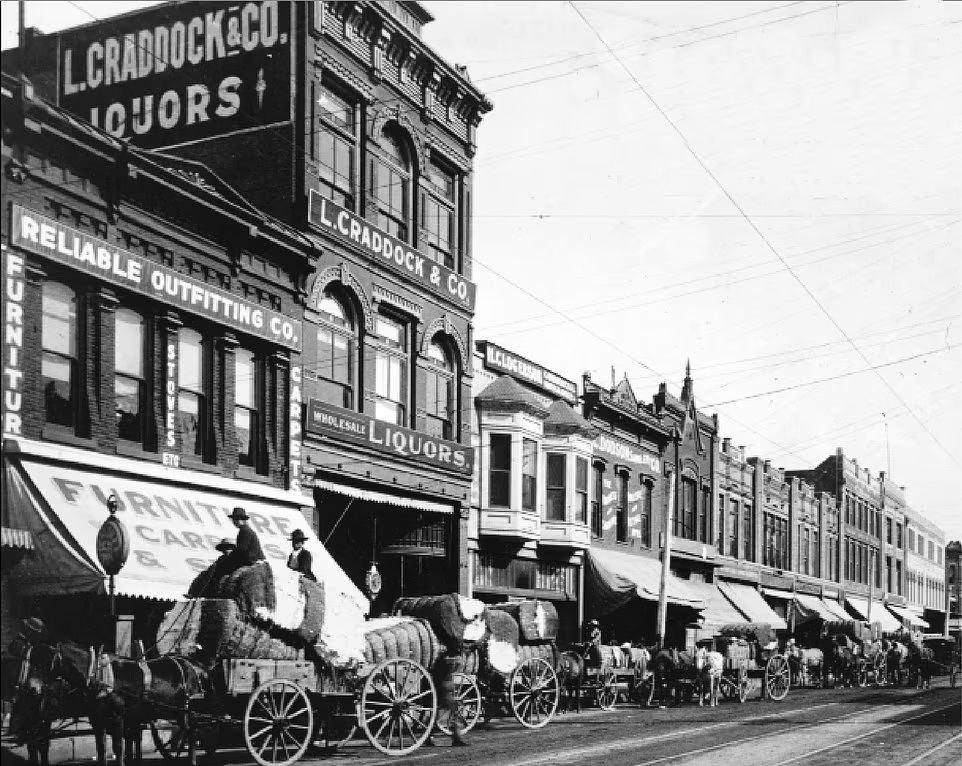 The same block in Dallas, today: 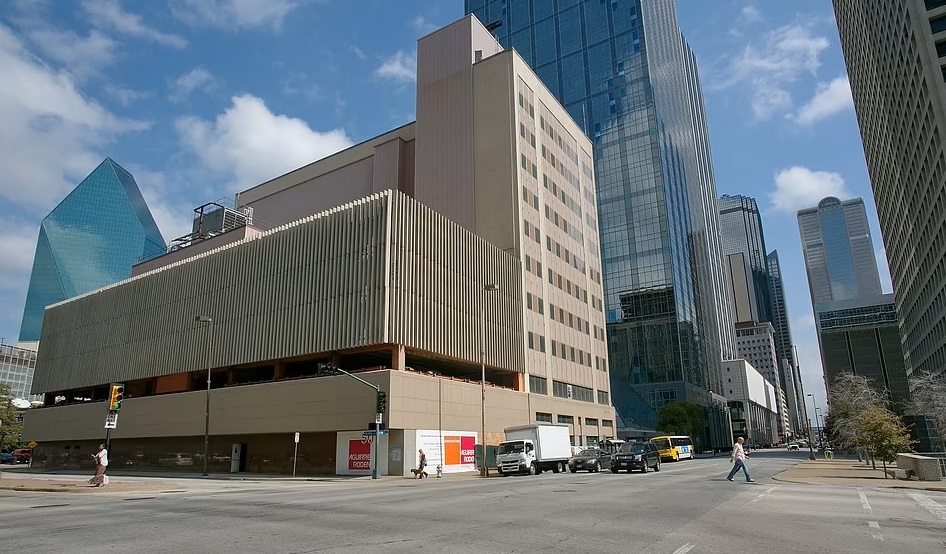 With all the faults and problems associated with living in the 19th century, I still prefer the look of that time to the soulless concrete ghastliness of today.

But you all knew I would feel that way.