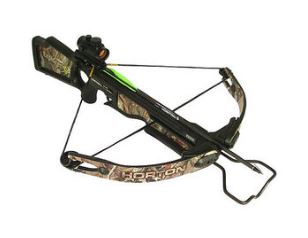 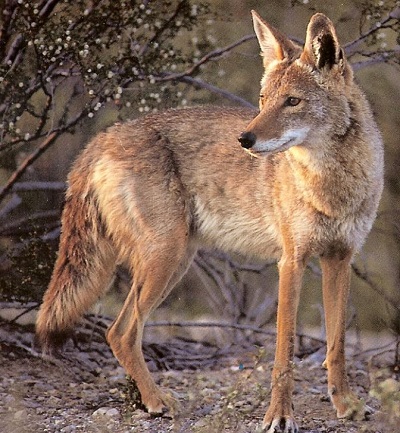 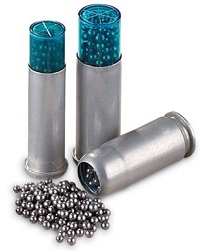 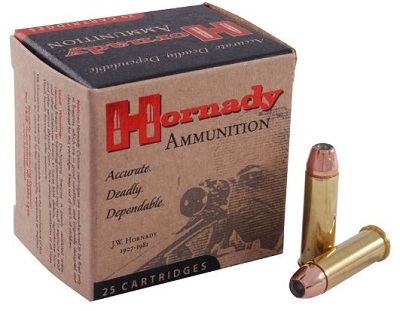 The area known as the Angus Glens is a hard, unforgiving place. Here, just south of the Cairngorm National Park, the climate is brutal in November, and it shows in the faces of the locals: pinched, weathered and stern. The wind is icy, and it always blows hard — gusty, intense and with speeds of 25mph all the way up to gale strength. The daytime highs hover around 34°F (wind chill: 25°F), plunge to 28°F at night, and the cold is bone-chilling; damp and icy, clothes do not dry out even inside, needing assistance from radiators or a blazing fire in the hearth, and boots hardly ever dry out even then. In Scottish terms, it’s late autumn.

It gets worse as you climb up into the hills. The temperature drops to well below freezing and the wind chill, on any day, falls to about 18°F. There is always moisture in the air: mist and fog on the warmer days, icy rain most of the time, and if a cold front comes through, driving sleet and snow.

That’s in the air. On the ground, conditions are even more brutal. Mostly, the hills are covered with heather which is soft and springy underfoot — it’s like walking on foam rubber — but it is horribly uneven, and without strong support from your boots, you will not cover more than a dozen yards without turning your ankle, or worse. Falls are frequent, because the heather hides dips in the ground, grass tussocks and tiny spring-fed streams of icy water trickling down into the Isla River. You can fall forwards, backwards and sideways depending on where you place your feet, and the only good thing about the heather is that it can cushion your fall — unless, of course, you happen to land on one of the many rocks which dot the landscape, sometimes peeking out from the heather, but mostly concealed under the foliage. Where possible, you try to avoid the lichen-covered rocks because they are as slippery as hell. There is no level ground. You are either walking uphill, which places unbearable strain on your thighs’ quadricep muscles and calves, downhill which plays hell with your knees, or sideways which can strain your ankles to the breaking point, even in good boots.

It is a place where, as Mr. Free Market succinctly observes, things can go wrong very, very quickly and very, very badly.

I scrambled in these hills and fell three times during the first few hundred yards, with no ill effects other than injured pride. Doc Russia, who was with me, only stumbled a couple of times (“because it’s not my first rodeo up here, Kim”) while our guide, Head Stalker Dougal (of whom more later) strolled about like he was on a garden lawn, texting his girfriend. I went uphill about half a mile, downhill about the same, and sideways about two miles. Then we arrived at the place where we would have a clear shot at a deer, only to find that the herd had moved off and were now at least a thousand yards away, invisible over the brow of a hill. So we set off in pursuit, back up the hill and sideways just under the brow for about a mile. On a few occasions, the pain in my knees was so bad I had to call for a couple minutes’ rest. Then Doc would help me back onto my feet and we’d set off again. We were going back down the hill, guided by Mr. Free Market’s radio commentary from his position in the valley, where he could see the herd.

Then, disaster. I fell sideways, only this time the tread in the heel of my boot caught in the heather and I twisted as I fell, tearing the lateral collateral ligament in my left knee.

It was just two hours in on Day 1, and my week’s hunt was over.

Doc helped me down the hill — we were unreachable except by helicopter, and no helicopter was going to fly in those conditions — so there was nothing for it but to suck it up and go down the hill about half a mile, across the stream at the bottom, and up the hill on the other side to the waiting Land Rover. I held onto Doc’s arm for dear life (Dougal’s pitiless comment: “Ye look like a fookin’ auld married couple”) and somehow I made it.

The hunt went on without me. Doc got one deer, Mr. FM another, and then the mist turned into dense fog as the temperature dropped to well below freezing. Even the tireless Dougal had to admit defeat, so we went back down to the processing station so that he and Mr. FM could take the quad bike and tractor back up the hill to fetch the two dead deer.

The next day would prove much more rewarding, for two of us at least. Mr. FM stalked deer on a neighboring estate and got one, and I went up the hill with Doc again, this time purely as an observer. Doc dropped five deer before lunchtime, whereupon the weather turned again and we had to abandon the hunt for the day.

And now a brief aside while I discuss the equipment we used, because it’s important.

I discovered that under the typical conditions on the hill, my 6.5x55mm ammunition would have been if not inadequate, not optimal. (Mr. FM has used the cartridge for years as his deer-slayer, and disagrees with my take, by the way.) The wind would have blown the 140-grain bullet all over the place, so even with the Swede’s velocity, its slender bullet and excellent sectional density, a 100- to 150-yard shot would be okay; but after a tiring scramble with racing heart and labored breathing,  a 300-yard shot (about the average shooting distance up on the hill) would have been iffy at best, disastrous at worst. So while the 6.5mm Swede is a decent cartridge for deer, on the hill it would require almost a perfect shot to make a one-shot kill — and I’m not at all that sure of my skill with a rifle, under those conditions.

The cartridge to use in the Angus Glens is, unquestionably, the .300 Winchester Magnum (as used by my companions).

With any of the three cartridges, the .300 Win Mag bullet cuts through the wind with almost no effect, and the thump of the bullet’s impact sounds like a bass drum slap, even at 300+ yards. With the proper placement in the heart and lungs, it’s a one-shot kill with maybe a few staggering steps. With a less-than-perfect shot, the animal may make but a hundred or so yards before expiring, or at least dropping so it can be dispatched. Because Doc, CC and Mr. FM are all excellent shots, the vast majority (16 out of 19 deer in total) were taken with one shot. The RWS Evolution and Federal Trophy .300 WinMag 165gr-rounds are very good; the Hornady SST 180gr is magnificent.

Had I had the chance to take a shot with my ammunition under the same conditions, I seriously doubt that the outcome would have been the same. In fact, I’m positive that I would have screwed things up; and as much as I love the 6.5x55mm Swede, it’s not the cartridge for the Angus Glens — not for me, anyway.

More to the point, however, is this: the Glens have been a very humbling experience for me. The terrain and climate are one thing — those, I can deal with — and while injury is always possible, that’s an uncontrollable circumstance. (Combat Controller, of whom more later, once nearly broke his ankle on Day 1 of one of his earlier hunts here simply by stepping into one of those concealed streamlets I mentioned earlier.)

But climate and terrain aside, to take a shot at an animal under the conditions on the hill requires skill with a rifle that I no longer have. To be brutally honest (and the Glens will force that out of you), I need more practice and to have a great deal more familiarity with my rifle and its performance than I had for this trip. In that regard, my injury at the beginning of this week may have been a blessing in disguise — because chasing a wounded deer for miles in these conditions might have killed me quicker than I could have killed a deer.

The next time I visit the Angus Glens as Mr. Free Market’s guest, I’m pretty sure I’ll be bringing a .300 Win Mag rifle, with the Hornady SST 180gr feed. I will also be a better-prepared rifleman. This, I promise. Yes, I’ll be a year or two older; but I’ll also be about ten years wiser. The Glens do that to you, too.

To be continued, in more detail and with pictures… but in the meantime, here’s one of Doc (right) and Dougal fetching two of the deer carcasses Doc popped at 200 yards uphill. 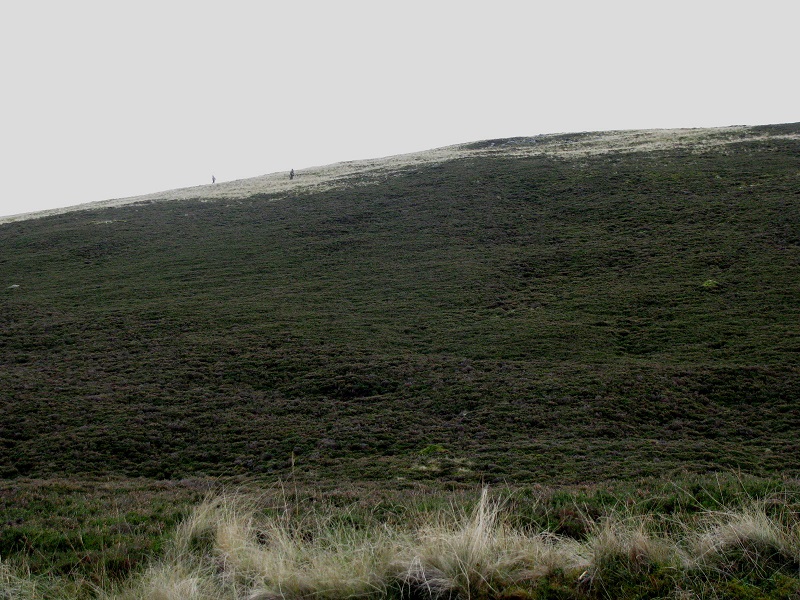