This article by Janet Street-Porter triggered me, and I’ve decided that I’ve had enough of people attempting to foist their pathetic belief systems and accompanying lifestyle choices on to me.  Let me count these irritants off.

Religion:
Fucking Christians and their oh-so virtuous need for evangelizing — like everyone needs to accept Jesus Christ as their Lord and Savior — give me the cramps.  There are the  Mormon’s polite “elders” ringing my doorbell to hand me a pamphlet so that they can attempt to debate me — with all the acquired wisdom of their adolescent experience to back them up — about some fucking bullshit dreamed up by some asshole who was thrown out of somewhere — justifiably, in my opinion — in the fond belief that I’m suddenly going to See The Light and become a member of their foul little sect… fuck off and leave me alone.  Then there are the other Christians who try to convince me that I will find God’s Peace by doing whatever and being “born again” — do you realize how insane you sound, you pious fools?  Do you not realize that spiritual peace is an intensely personal matter, and your attempt to intrude on what is the most intimate of individual thoughts is about the most arrogant action anyone can perform?  Don’t even get me started on the missionaries, who quite frankly all need to suffer the same fate as that tool who tried to bring Jesus Christ to the inhabitants of North Sentinel Island, and got turned into archery practice.  The problem with Christianity today is that it needs more martyrs — probably a few million of the most evangelical ones, starting with that Marxist asshole in the Vatican and ending up by blowing through the leaders of the “mega-churches” like Sherman through Georgia.  Good grief, am I the only one who is repelled by the insufferable smugness of the martyr complex?
But if the Christians need a few million martyrs, the Muslims need about a hundred million of them — preferably by some global mass suicide (not by bombing, just the razors-in-a-bathtub kind) — with said suicide being confined to the most extremist of them.  Christians try to convert non-believers with nauseating syrupy promises, but at least they don’t try to kill you when you tell them to fuck off (well, not anymore, anyway).  Muslims, on the other hand, never having left the 9th century in their outlook and behavior, are quite prepared to kill non-believers and apostates, because in their arrogance, they believe that unless you’re a Muslim, you don’t deserve to live.  As attitude goes, they’re an order of magnitude worse than modern-day Christians.  And if Muslims don’t want to commit mass suicide, then what we need is some very old-fashioned Christians — let’s call ’em, oh, Crusaders — who can set about killing Muslims for being the evil assholes that they are.  In the immortal words of Henry Kissinger talking about Sunnis slaughtering Shiites and vice versa:  “It’s a pity that one side has to win.”  So mote it be with today’s Crusaders and Saracens.

Animal-worshipers:
By now, everyone should know who I’m talking about here.  Whether it’s the PETA types who throw cans of paint over people wearing furs, or the insufferable militant vegans who think it’s quite okay to invade restaurants and start haranguing diners about the eeeevils of meat-eating, my suggestion is that they should all eat about a pound of Romaine lettuce from that poxy farm in California.  Let me tell you:  if some shit-for-brains threw paint all over my wife’s $10,000 mink coat, I’d catch the fucker and make him or her drink the rest of the paint in the bucket.  As for the vegan protesters, they’d get a (pre-chewed) mouthful of meat spat all over them, followed by a fist-clubbing such as experienced by baby seals, just so that they can become as one with the cutesy wickle animals they glorify, and  feeeel their pain with them.  “It’s not food, it’s violence!”  they scream.  Hmph.  Let me introduce you to the concept of real violence, you self-centered little shits.

Marxists:
By now, everyone knows that Marxism / Socialism / Communism has been proven to be an abject failure — probably the worst failure of all socio-economic systems ever devised by Man — in every place it’s been tried.  But then there’s the (again) insufferable arrogance of these bastards, who truly think that they know what’s best for you, and you can’t make your own decisions because you’re inferior to them, the Enlightened Ones.  And FFS, how can anyone espouse a philosophy in which the outcomes — no matter how awful — are irrelevant as long as the intentions are “noble”?  It’s almost the classic example of narcissism.  And just like the Muslim assholes (see above), Marxist assholes are perfectly willing to harm you if you don’t fall into line with their twisted little belief system.  I’d suggest a course of mass suicide for Marxists as well, except that their arrogance would tend to make them try and kill us non-believers first (again, just like Muslims), so we’d probably be better off waging war on them (like Crusaders) and knocking them off by the various means they’ve used on others in the past.  (I was going to add some illustrations at this point, but we’ve all seen the pictures of Babi-Yar and the modern-day Chinese mass executions.)

Whether religious, dietary or political extremists, therefore, my message to all of you is quite simple:  leave me the hell alone.  And if you foolishly believe that you can “convert” me to your side or prevent me living my life on my own terms by some means of terror, coercion, bullying or shaming, allow me to say quite simply:  “Wind, meet whirlwind.” 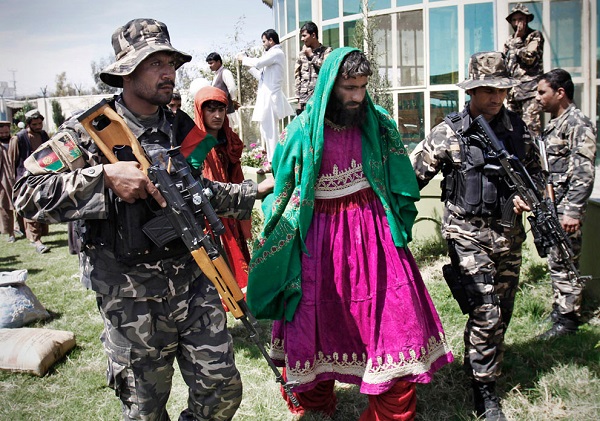 Your suggestions in Comments, once you’ve stopped laughing.

(Note to my Lady Readers:  I accept no responsibility if you do any of the following.)

Ranked in ascending order of coldness:

I read this story with both amazement and sympathy:

Kira Laconetti, 19, a self-taught musician, began experiencing difficulty when singing or listening to music, having two-minute ‘glitches’ and stuttering her words.
An MRI scan on the performer from Lynden, Washington, revealed a marble-sized mass in the right temporal lobe of her brain. The benign tumour was confirmed to be triggering a rare disorder called musicogenic epilepsy.
The condition, which is estimated to affect one in ten million people, according to Epilepsy Society, triggers seizures caused by certain types of music or frequencies of pitch for which the person’s brain has a low tolerance for. It is unclear what specific notes or music prompted Miss Laconetti’s seizures.

I should disclose at this point that I too suffer from musicogenic epilepsy.  In my case, it’s brought on not by any individual notes but by certain types of music, notably rap music, bebop jazz and the voice of Taylor Swift.

And I don’t suffer seizures either, just spasms of Tourette’s Syndrome.

Fortunately, I don’t need surgery because the remedy is simple:  a little Harry Nilsson, Peter Skellern or even something by the Beatles, and I’m right as rain.

Feel free to share the types of music which trigger your episodes of musicogenic epilepsy, in Comments. 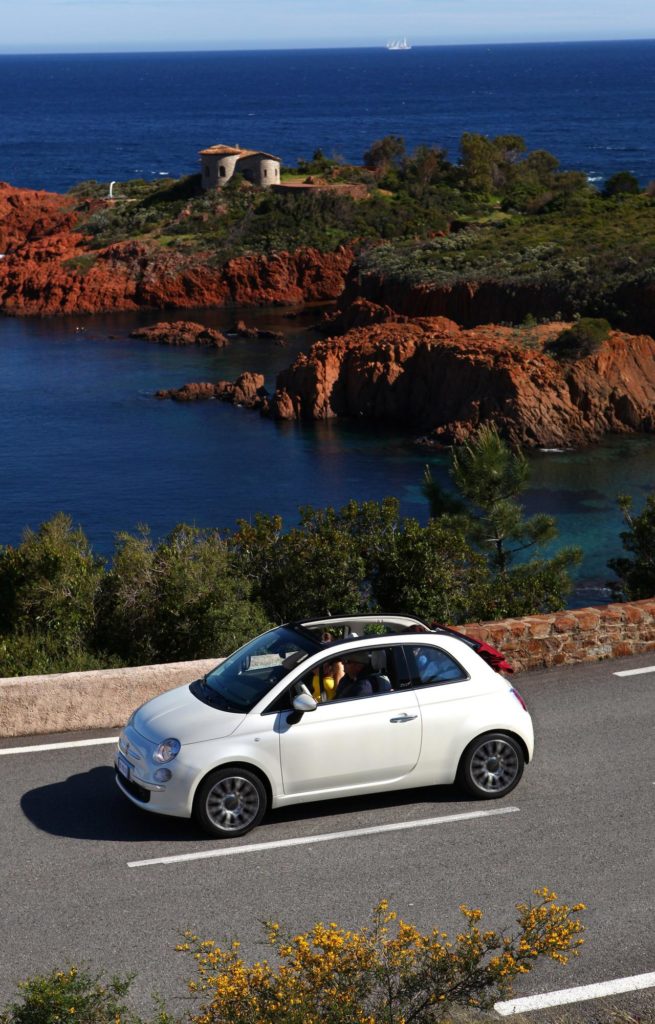 “OMG, look how beautiful that sea is, and the islands are so romantic, and look! there’s a cruise ship out there, I wonder what the view’s like from the ship?” 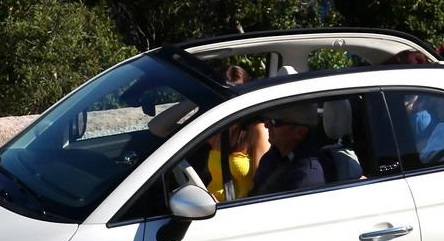 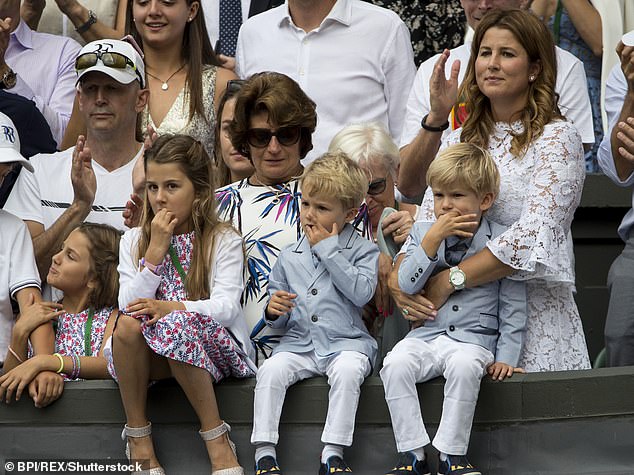