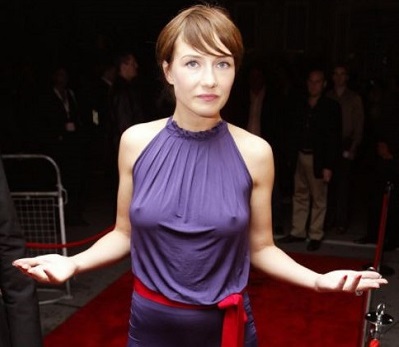 Oh, God; I just realized that by calling George R.R. Martin a shit storyteller and saying that GoT sucks as an epic tale that I’m probably going to attract these tools’ homicidal attentions towards myself. (I can only hope that they’ll bring a GoT-appropriate sword or dagger to the gunfight that will ensue.)

I’ve put on weight in the month or so that I’ve been Over Here, mostly because I’ve been enjoying the foods of my childhood (South Africa, a onetime British colony, had a partial-Brit cuisine). Yup: we’re talking sausage rolls, steak ‘n kidney pies, porridge, fish ‘n chips, Full English breakfasts and of course, the occasional chocolate bar (Fry’s Turkish Delight) not readily available in Murka. 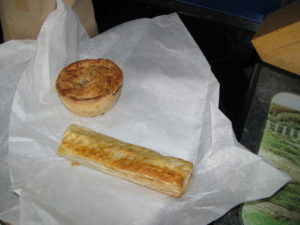 Then there’s been Wadworth 6x beer, which was not a childhood comfort food, but is definitely my adult one.

And speaking of comfort food, I’ve rediscovered the excellence of Southern Comfort as an evening aperitif. Southern Comfort was my bedside tipple of choice back when I was a professional musician (Cliff Notes: rock musician, in my early twenties, during the 1970s — of course I had a favorite bedside tipple). The best thing about Southern Comfort (Suthies, as we used to call it) is that I don’t need ice — in fact, I prefer it at room temperature which, as any fule kno, is cooler in Britishland than  in Texas.

Of course, I was shocked to discover that during my long layoff from Suthies that the manufacturer had gone and changed the label from its elegant antebellum design to something more “modern” that is, well, terrible. 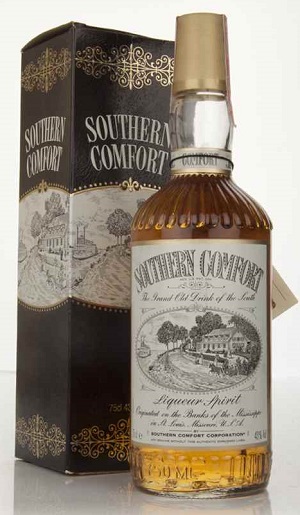 In fact, when searching for Southern Comfort on the liquor store shelves, I missed it completely because I was looking for the bottle on the left when in fact the disgusting new one was right in front of me. Worse yet, the pathetic little new cap means that you can no longer use the long gold cap of old as a shot-glass. If I can somehow find an old bottle in decent condition, I’m going to use it as a decanter.

And of course they’ve added a whole slew of new variants — “ginger”, “lemon” and so on, none of which I have any intention of trying.

I know: Southern Comfort is less of a whiskey than it is a liqueur. I don’t care about the designation, I only care about the taste, which is lovely. Also, it enables me to more or less keep up with the drinking rate of Mr. Free Market and The Englishman, which would cause even accomplished booze hounds like Dylan Thomas or Peter O’Toole to fall over.

And it’s an excellent accompaniment to a late-night bacon buttie — yet another comfort food of my childhood: 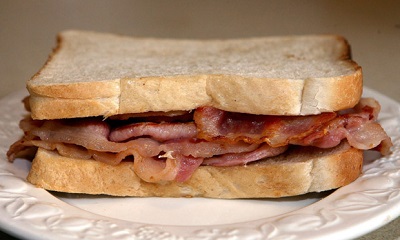 Sarah Hoyt sometimes makes me want to give up blogging, because she so often makes me think, “I should have written that. Why didn’t I?” Her latest, on what constitutes duty, starts off high with a brilliant Heinlein quote, and then soars up into the heavens. Sample:

Fulfill those duties you freely assumed, yes, even unto death, because that’s the price of your honor and your adulthood.  But those obligations imposed on you by force majeure?  Accept the need to do it, if there is no other alternative, but do NOT under any circumstances internalize it as your duty or feel guilty for not fulfilling it.

This is why you should harbor absolutely no feelings of guilt about avoiding taxes as much as you legally can, why you should never volunteer information to the police unless you’re an uninvolved witness and why (in 2020) you should tell the government’s “census”-takers to fuck off with their snooping and intrusive questions. And those are just the first three which came to me as I was reading it. Feel free to add your own suggestions in Comments.

Read Sarah’s whole post, please. It will clear your head and make your whole day brighter, as it did mine.

From the Department of the Blindingly Obvious comes this realization from Simon Heffer of the Daily Telegraph:

“This Tory Party is not a conservative party.”

What gave you your first clue, Simon? The announcement that the government was going to end combustion engines in cars without having the infrastructure planned to accommodate millions of electric cars? That people can decide for themselves what gender they are, and change their documents accordingly, with the Tory government’s approval? And, and, and… [300 examples of (not-very) Conservative Party policies excluded]

Let us never forget that British citizens were disarmed of their handguns by the Conservative Party, not Labour.

The Conservative Party in the U.K. would be, if seated in our Congress, a party of well-left-of-center Democrats. They couldn’t conserve rainwater in a bucket without spilling most of it.