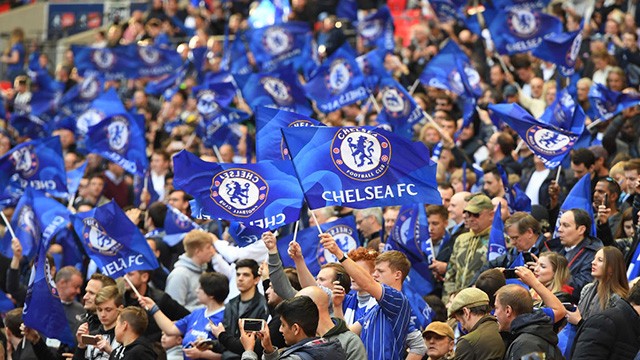 Been in London nearly 24 hours as I write this, and I still haven’t heard any English spoken in the streets — well, apart from some homeless crone who screamed insults at me for not giving her any money; she was British, judging from the invective. Sadly, I had forgotten to bring my riding crop from Free Market Towers, so I just kicked her a couple of times and went on my way.

“When a man is tired of London, he is tired of life.” The words of Samuel Johnson come to mind whenever I visit this place, and now that I’m here, I’ve become a London groupie all over again. Man, I love this place. Yeah, it’s hectic, full of strange people, the traffic is horrible (despite the stupid congestion charge which was supposed to end congestion, but all it did was fill the streets with noxious fumes from mopeds and scooters) and it has a street layout that can reduce strong men to tears.

I’d skipped dinner, having had a pie earlier at one of the stations en route, but then I got really hungry at about ten p.m. Oh boy… would anything still be open? Silly rabbit: within a block or two from my hotel (the Fleabagge Inne, near the station) I had a choice of the usual crap (i.e. Mickey D and BK — not) but also Italian, Indian (duh), Middle Eastern (double duh) and that was just heading east down the street. All those restaurants were not only open, but full, and I was just about to turn around and see what lay in the other direction when… wait a minute: was that a Turkish restaurant? Indeed it was: “Best Mangal” managed by Erhan Poyraz, open till 2 a.m. on Saturdays, and a table for one was available after about a minute’s wait. Oh yes indeed: lamb doner with about four spicy sauces, and cups of Turkish tea (which I love) followed by a little complimentary dessert of baklava and basbousa (because I’d waxed poetic to Erhan about the delicious lamb). Total cost, with tip: £12. I think I’ll go back there tonight, if I can wait that long.

Were it not for the fact that I’m walking everywhere — and sheesh, London is a big city — American would need four seats to carry my bloated ass back to Dallas.

London is the greatest city in the world. I need to hurry up and win the frigging lottery, because Mr. Free Market was telling me of a nice little 2-bedroom flat he knows about that’s just come on the market: “It’s in a decent neighborhood, dear heart: nothing but absentee Arab royalty, Russian oligarchs and Chinese diplomats. You’d have the place to yourself most of the time, and you’re just a skip away from Lord’s. It’s an absolute steal at £1.75 [million].” Unfortunately, the word “greatest” can also be applied to London’s real estate prices

Don’t care. If I had the funds, I’d do it in a heartbeat. Just not where I’m surrounded by the aforementioned wealthy scum. That’s not for me, oh no: I’d get a place where there’s a decent chippy around, and where I’d be surrounded by wealthy British scum, like Mr. FM. His town house is nearby.

Long before most of us were born, there were The Shadows, probably the greatest “guitar band” ever, judging by the number of #1 hits they had. Yeah, they were also known as Cliff Richard’s backing band, way back in the late 1950s and 60s… and the 70s, and 80s, and 90s, and 00s.

I know, I know: the music is simple by today’s guitar “gods” — and yet, ask any of the modern guitarists worthy of the term, and without doubt almost all — Clapton, Brian May, Ritchie Blackmore, Tony Iommi and others — will speak in respectful tones about Hank Marvin, the Shadows’ lead guitarist, probably one of the great pickers of all time. Other musicians will speak equally as respectfully of Bruce Welch’s rhythm guitar work, the bass lines and Brian Bennett’s drums, which together produced one of the tightest sounds ever.

So hie thee hence and watch the “Shads” in action — or rather, don’t watch them because once again by today’s standards the concert is so understated it’s quite soporific — no clouds of smoke, no strobe lighting, no special effects at all: just the Shadows playing their music — rock, country, jazz, ballads — for over two hours, without a single misplaced note. (Ask any modern rock musician if they can play a two-hour concert without a single mistake, and they’ll give you a rueful look.) There’s something to be said for a fifty-year career playing together…

So don’t watch the whole show; do what I do: watch the first few songs, then carry on with your regular Saturday household activities or Internet surfing, and let the Shadows be your background music for a couple hours. Every so often, you may recognize a tune, and think, “So that’s who did it!” and smile. It’ll happen a lot, especially the smiles.

There’s no need to thank me; it’s all part of the service.

…begins this afternoon, wherein your Humble Narrator leaves the warmth and comfort of Hardy Country for the metropolis of Londonistan: 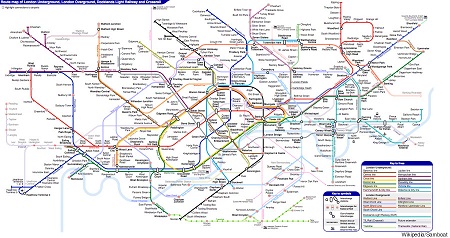 For no reason at all, I’m starting to miss my Springfield 1911…

Anyway, I’ll be spending a couple-three days here and crossing two items off Ye Olde Buckette Lyste (details to follow) before heading north to Scottishland to check off yet a third: the Royal Military Tattoo in Edinburgh.

One of my childhood comfort foods was the venerable (to Brits) steak ‘n kidney pie (my Murkin Readers can pause here for regurgitation purposes). Basically no larger than a fistful, it’s as advertised: pieces of steak and kidney smothered in gravy, all encapsulated in flaky pastry. As a starving boarding school pupil, it saved me from death on many an occasion when purchased from the school “tuck” shop during First Break (recess).

Most takeout places in Britishland serve these things hot, and they are pretty much a staple snack dish, along with chicken pies, pork pies, Cornish pasties (too much veg., not enough meat) and variants such as steak ‘n potato and steak ‘n onion.

However, if you’re looking for something to eat at home, i.e. something that can be bought at a supermarket, then pickings are slim; for reasons which escape me, the supermarket pies are almost all dreadful regardless of store name — Tesco, Sainsbury and even Waitrose have nothing to brag about when it comes to pies.

I thought all was lost until only a few days ago, when I discovered this magnificent item in the fridge at Sainsbury, of all places: 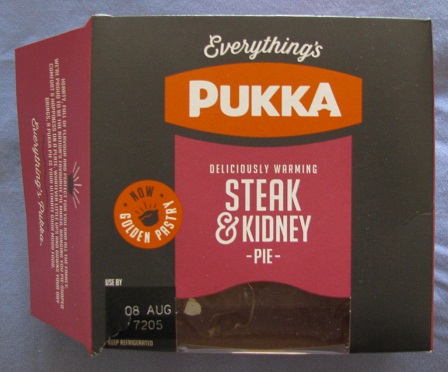 (“Pukka” is a derivative of an Indian word which means “the real thing” — and is it ever.)

Pukka makes other pies, but I don’t know which or how many, because I only had eyes for this type. I bought one, and took it home without any high expectations — but oh joy, was I ever wrong! 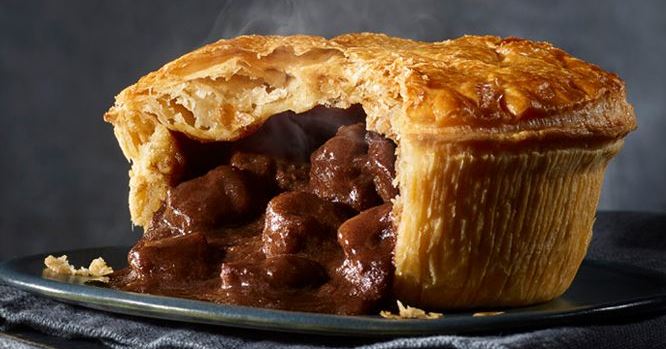 Large pieces of tender meat (no gristle), lovely savory gravy and crispy pastry, warmed in the Aga for only a few minutes: if I’d bought half a dozen I’d have eaten them all in one sitting. The Cook at FM Towers also likes them, and tells me that their other offerings are likewise splendid, so there you have it.

This has been a Public Service Announcement from Kim, and will help anyone traveling to Britishland hereafter. No need to thank me, it’s all part of the service.

Your trip on board the Ocean Princess has ended in disaster and you find yourself alone in a lifeboat with no others in sight. In the boat’s survival kit you find the following, ranked in ascending order of awfulness:

Your suggestions on the topic in Comments, please.