Yup, this is going to end well:

The NYPD’s elite anti-crime units — plainclothes teams that focus on gun arrests and stopping violent crimes that’ve been dogged by accusations of using heavy-handed tactics in brown and black communities — are officially a thing of the past.
The high-risk units — one for each of the city’s 77 police precincts and nine Police Service Areas that cover public housing — will be disbanded and all 600 cops reassigned, the city’s top cop announced Monday.
Police Commissioner Dermot Shea said he personally made the decision to banish the units, which have been responsible for a “disproportionate” number of shootings and misconduct complaints made against the NYPD in their decades-long history.

Ummm the reason that the unit is responsible for a “disproportionate” number of shootings is because they’re actually fighting crime, and not that part of the force writing fucking parking tickets.  It’s like complaining that SEAL teams use a disproportionate number of rounds in combat, when they are actually out killing fuzzies instead of pushing guard duty on Stateside bases.

And the reason these cops are also responsible for a “disproportionate” number misconduct complaints is because a) they often have to make life-or-death decisions in milliseconds and b) because the Dindus they come up against on a daily basis have relatives who think their choirboy sons are innocent lil’ chilluns, and the cops are the bad guys.

I can’t remember how many of my Readers actually live in that shithole, but if there are any… guys, you need to get real and GTFO, before it gets real on you.  Remember this? 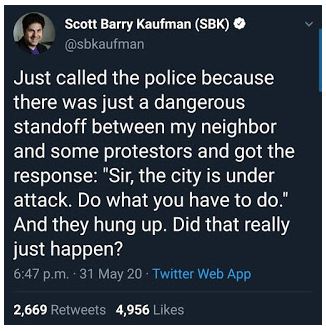 With the disbanding of the anti-crime units, it’s gonna get worse — much worse.