Back in the U.S., I normally play the lottery each week (shuddup, it’s my retirement plan and it’s only a couple bucks “investment” each time), mostly when the payout is respectable.

So this past Tuesday, I bought a Euromillions lottery ticket because the payout is €70 million ($79 million). The tax on that $79 mill works out to about $32 million — except that all over Europe and the U.K., Euromillions lottery winnings are not taxed. This is not the case in the U.S., of course, where the godless fiends of the IRS will swoop down and take Uncle Sam’s 40% (pound of flesh) share at gunpoint.

Which leads to an interesting thought.

$79 million is an awful lot of “fuck you” money — a lot more than the post-tax $47 million. Needless to say, U.S. citizens are forbidden to have overseas bank accounts without disclosing such accounts and their contents to the IR fucking S, so that Uncle Sam, in this case, could collect the aforementioned 32 million pounds of flesh.

But the lottery is paid out Over Here, not in the U.S.

What would stop the winner from saying a simple “fuck you!” to the IRS, give up his U.S. citizenship, refuse to pay them their “goodbye” tax (“fuck you again”) and take up residence somewhere like Monaco, Liechtenstein, or one of the several tax havens scattered around this part of the world? (Believe me: show up at one of those countries’ embassy or consulate with $79 million cash and ask for “asylum”, and they’d get into fistfights to get you to pick their country over the others.)

In other words, at what point does one say that citizenship isn’t worth the price one has to pay for it — especially when all the USGov will do with your money is piss it away on the usual government wastage like Solyndra subsidies or welfare for illegal aliens?

I know I probably sound like some liberal asshole who doesn’t want their tax dollars to go to military spending, but in my case it’s the exact reverse sentiment: if I could pay my “windfall” lottery taxes direct to the Pentagon, specifically earmarked towards a new aircraft carrier, F-35 or couple of M1 Abrams tanks, I’d do it in a moment, without hesitation. But you can’t do that, can you? Tax dollars go into the “General Fund”, and are then siphoned off by the usual suspects into subsidies for objectionable art projects or even worse, to federal funding for Oberlin College, while the Pentagon gets fractions of a penny from the tax dollar, literally.

I’m making something of a joke about this situation because I’d never do it — my citizenship is too precious to me, I’d feel like I’d betrayed my adopted homeland, and I could not face never being able to visit my kids, family and friends back in the U.S. for the rest of my life.

But I have to tell you, I wouldn’t attack someone who made the opposite decision. Which should tell you how far our beloved government has fallen in public esteem — because if I, one of our country’s proudest and most grateful adopted citizens can even be tempted to thinking about this option, how badly have they screwed things up?

So come on, all you loyal Americans out there: what would you do with $79 million sitting in Europe, waiting to be given to you? Stay over there forever, living in luxury, or pay the taxes and live here in 40% less luxury?

And just to put this thing into perspective: assuming you dedicate 10% of your new non-taxed fortune to housing (and that’s not a bad principle), what you could get for your money in the Principality is the top floor of this little thing: 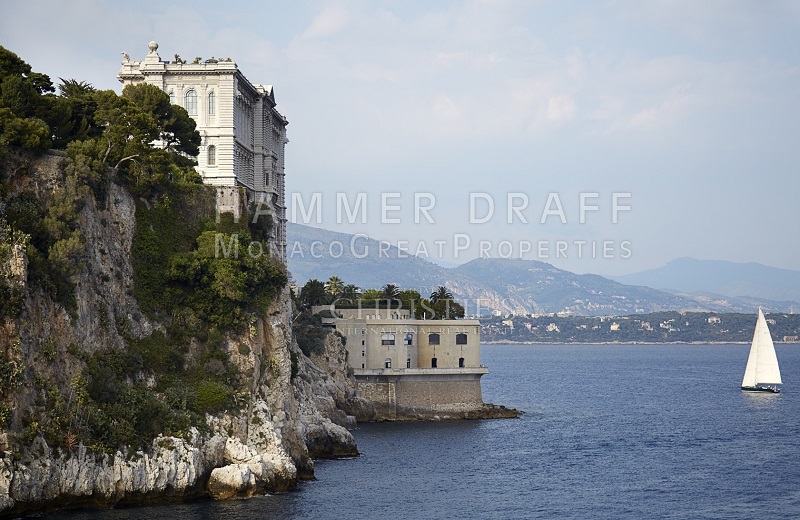