Last night was the cricket match between the local team (for which Mr. FM’s Son&Heir plays) and a team from one of the neighboring villages.

The previous night had seen the rain bucketing down and more was forecast for the evening, so I quite expected the match to be called off. Not so; these lads from Hardy Country are, well, hardy, and the match started promptly at 6:15pm — shortened because the light was terrible (low, ominous black clouds), and they only expected to get a couple of hours’ play in, even without any rain.

I expected to find a dodgy little field with bumps and lumps all over the place; instead was a pitch I’d have happily played on myself, on the outskirts of the town — and in fact, it had won a prize for “Best in County”. Here’s the clubhouse (complete with advertising hoardings, alas, but someone has to pay the bills, I suppose): 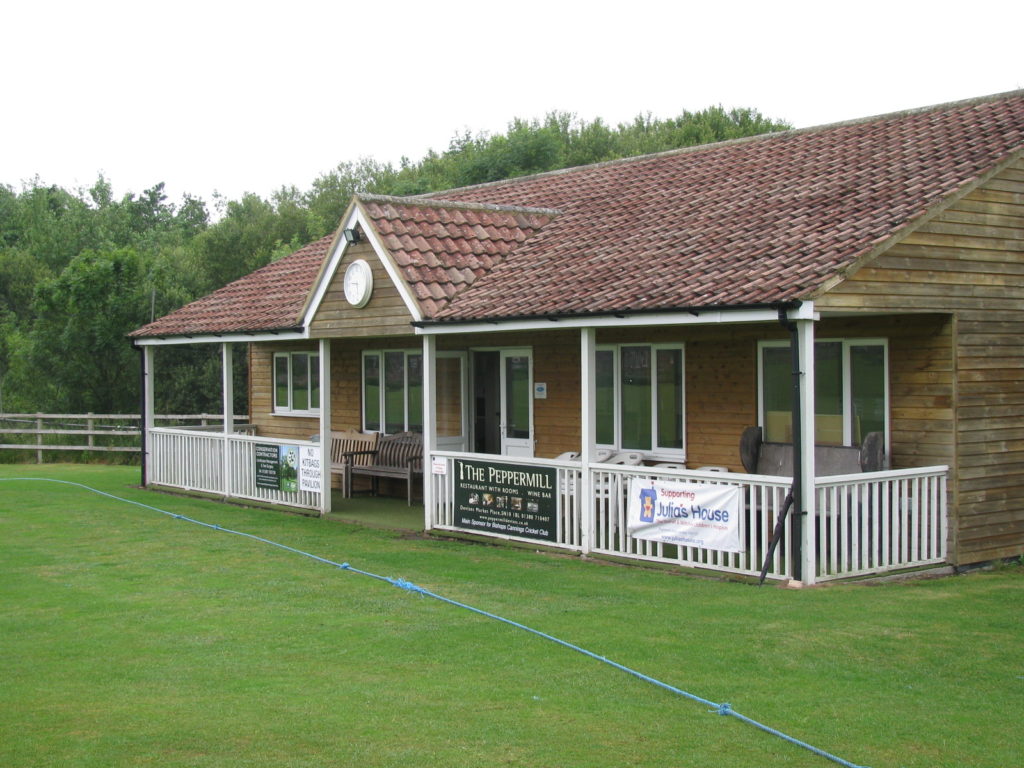 The visitors took the field, clad in traditional white 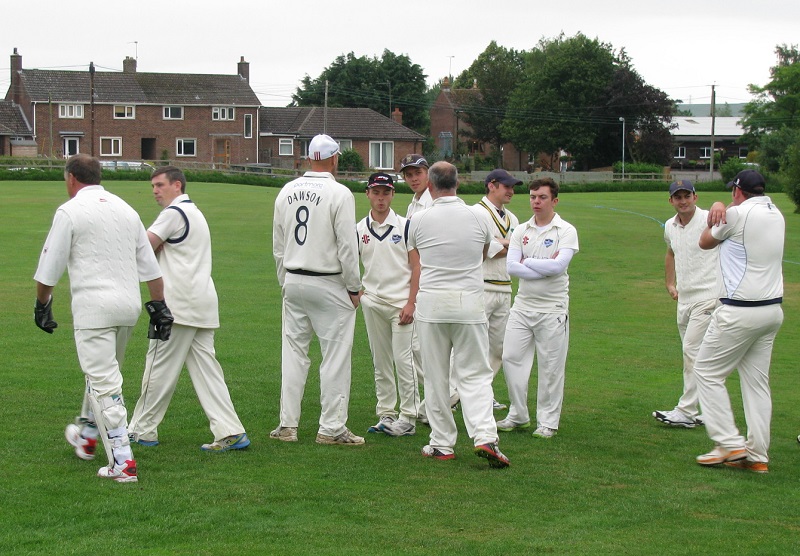 …and the game began:

I’m not going to go into a ball-by-ball account of the game, because it will be largely incomprehensible to the majority of my Loyal Readers and in any event, I need to get that second cup of coffee into me. One incident, however, had me in stitches of laughter.

One of our lads, a strapping fellow named Stan, hit a towering six (home run equivalent) clear over the road and over one of the neighboring houses, as marked:

Someone among the spectators wasn’t watching, and when the cry of “Six! Six!” went up, he asked, “Where did it go?”

“Over the house where the Angry People live!” came the response, and I fell over laughing, because I knew exactly what they were referring to.

You see, the people living in said house were among those tools who move into a place where some activity is going on, and then proceed to complain about said activity (e.g. people who move into a house in an airport’s flight landing path, and then complain about the jet noise). And thus it was with this bunch. They’d bought a house next to a cricket pitch, and then were somehow surprised when cricket balls began raining into their front lawn during a cricket match. (To be honest, it’s a hell of a distance — the pic has foreshortened the distance between pitch and house — so it’s never actually raining cricket balls, but over the years, I guess it does add up.)

The irate home owners had once even called the police to complain. (The rozzers showed up, looked at the pitch and the cricketers, said, “Nice shot,” and left, no doubt after telling the Angry People to stop being dickheads, very politely of course.)

Anyway, our lads won in a nail-biter — the match was decided on the very last ball — and so the inevitable celebration followed at the local pub (both visitors and home team drinking their pints together in utterly convivial fashion). Here was my contribution, one of several: 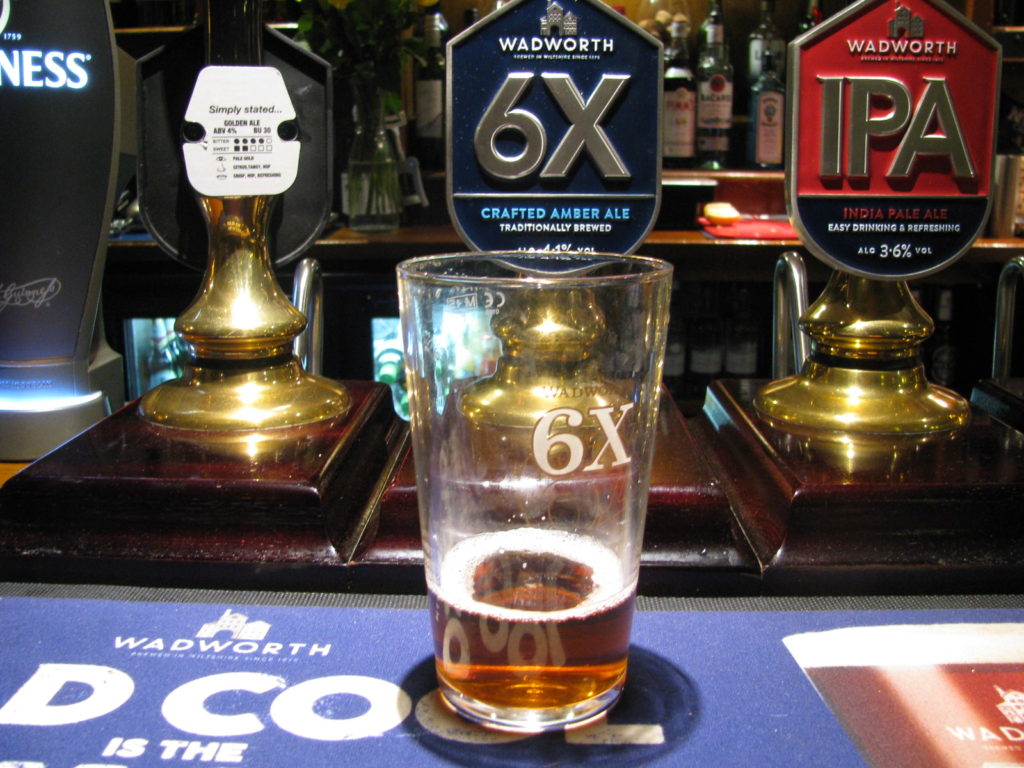 Mr. Free Market himself was unable to attend — some capitalist stuff about making money and grinding the working classes underfoot — but I kept him abreast of the match via text. So I sent him the final score (along with his Son&Heir’s contribution, a doughty 27 not out — i.e. he was still batting when play was called), and then after telling him that our lads had won, I sent an afterthought:

Complete sportsmanship, applause for good play regardless of which team performed them, and only one fielding error in nearly three hours’ cricket.

As the somewhat cryptic title of this post states, I hadn’t watched a live cricket match since 1971 — a Test match between South Africa and Australia — but I’ll be at the next village match on Wednesday evening, and two days later I’ll be at Lord’s to watch South Africa play England.

“Happiness” does not begin to describe how I feel.