I see that the Supremes have fucked up yet again:

The U.S. Supreme Court ruled Tuesday families of the victims of the Sandy Hook Elementary School shooting can proceed with their lawsuit against gunmaker Remington Arms.
The high court decided it won’t take up the case, but said the families can still seek damages from the gun company over the 2012 Newtown, Conn., attack that killed 20 children and six adults. Justices rejected Remington’s argument that firearm manufacturers are shielded from liability in crimes.
The families argue Remington marketed the AR-15-style assault rifle in a fashion that inspired shooter Adam Lanza to plot the attack. Advertisements, they say, promoted the gun as “a highly lethal weapon designed for purposes that are illegal — namely, killing other human beings.”
The lawsuit says Remington should never have sold a weapon that dangerous to the public — and argues Remington used product placement in violent video games.
Remington has argued a 2005 federal law shields gunmakers from liability for crimes committed with their products. Tuesday, the Supreme Court justices rejected that position.

I feel I should say something about this travesty, but what I say could possibly result in an unfriendly visit from a federal alphabet agency — to be met by an extremely unfriendly reception from yours truly — so I’ll just shut up.

So much for that “conservative” Supreme Court the Left has been wailing about.

If I had the money, I would buy a fucking Remington AR-15 right now, even though I’m not a fan of AR-15s (as any fule kno) and apparently the Remington variants are not highly regarded by the AR-15 cognoscenti.

I think I am going to buy another Remington product, however, just so they can get a few bucks into their coffers to defend themselves against this bullshit.  But which one?

There’s the 1911R1 (as a possible replacement for my venerable Springfield): 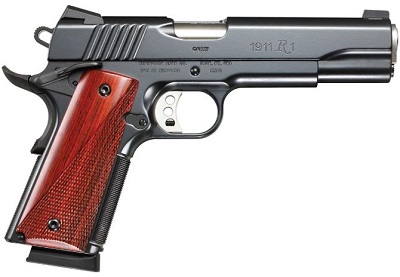 Then the 870 pump, always a crowd-pleaser, and I’ve never owned one before:

And because I still  don’t own a semi-auto .22 rifle (sssshhhh don’t tell the TX state police), there’s the little heavy-barreled 592:

Or I could just go for something a little more ummm deadly (seeing as that’s what’s getting everyone upset), like the Remington Semi-Automatic Carbine in (say) .308 Win:

Sadly, right at this moment I can’t afford any  gun, but I think I can formulate a plan to get one which would satisfy everyone except Michael fucking Bloomberg.