I stumbled across this “Eeeeevil Peoples Alert!!!” at the poxy NYT Magazine (and I’ve linked to it because it is unintentionally hilarious.  Go and read the thing first, then come back;  I’ll wait.

I love the fact that the more people try to suppress thought or communication because doubleplusungood badthink, the more it wriggles away from their clutches and finds a sympathetic ear or eye somewhere.  Thus, the more that Germany attempts to stifle Nazi symbolism, the sooner it is adopted by reactionary dissidents to their fucked-up policies;  the more that U.S. Lefties attempt to suppress or outlaw Confederate regalia and statuary, the more Southern rednecks wear and revere them, as an unqualified fuck you  to the people who hate them.  I’m not saying I necessarily support these reactionaries or their message;  I do sympathize with them, though (because I loathe Lefties more), and I am amused by the efforts of modernists to purge these dreadful things from our consciousness, and their failures therein.  And by the way:  I see nothing wrong with people holding military units like the Selous Scouts in high esteem, because at the time they were among the most kick-ass special forces in the world — made all the more so by the fact that they had no sophisticated materiel (unlike today’s SF), and pretty much performed their missions on guts and bushcraft.

Oh, and as much as I loathe the FN-FAL (because SADF draftee), I find myself curiously drawn to owning one of the cool-looking Selous-pattern camo ones: 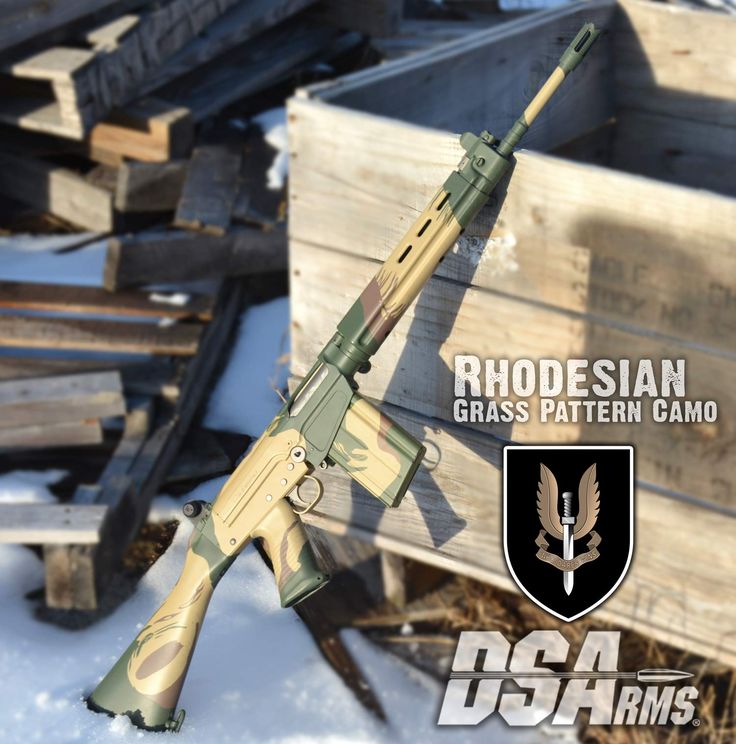 …just because the NYT doesn’t want me to own one, of course.  Q.E.D.

Needless to say, the NYT has DSArms nervous (as seen in the article), but my message to DSArms is:  keep selling the things, and fuck the New York  Poxy Times, because they hate you anyway and would put you out of business in a heartbeat if they could.

Oh, and one final note to correct the NYT:  the White Rhodesian soldiers morbidly referred to Black terrorists as “floppies” because when you shot them dead, they’d go all floppy (hence the title of this post).  And as the terrorists used to hide among the general population, the term was later applied indiscriminately [sic]  to all Blacks.