It looks as though my advice to Let Africa Sink has been comprehensively ignored by ultra-liberal Ex-BritPM Tony Blair (OMG, not him again), who is suggesting that Moar Foreign Aid will fix Africa’s problems. (Predictably, in the manner of socialists everywhere, if their system fails, the answer is to do it again, only harder.) This is recommended despite the history of foreign aid sent to Africa: 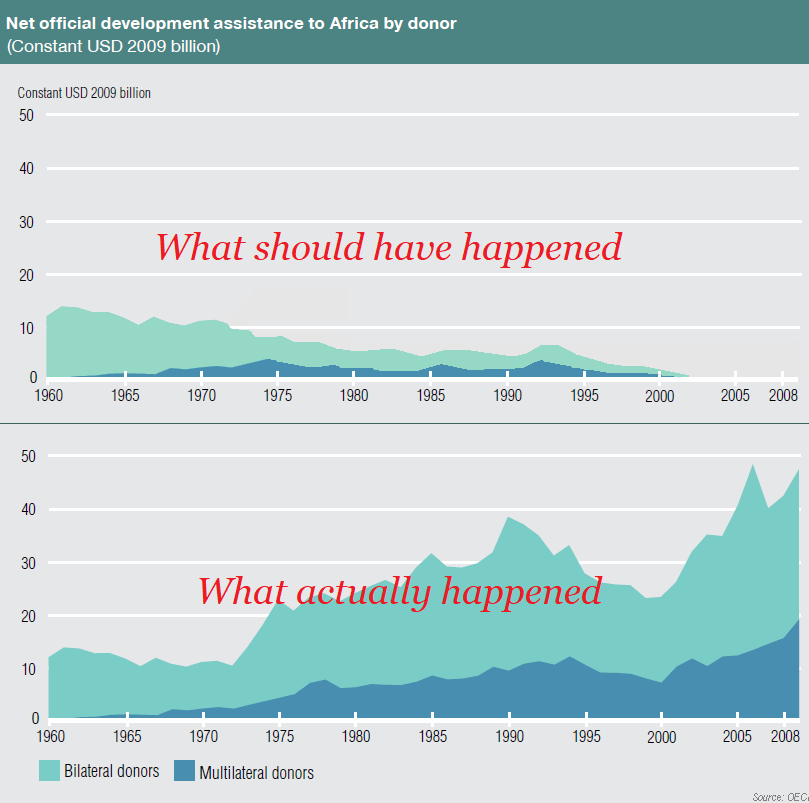 This time, however, the loathsome Blair seems to have acknowledged the failure of the West’s foreign aid policies (tacitly, at least), and has therefore added a new wrinkle: more foreign aid, plus… recolonization. Details of this lunacy can be found here — and fair warning, it is a long, long read. However, it’s worth the hassle, because in explaining Blair’s case for aid plus recolonization, the article contains a massive number of graphs and charts which outline, in extraordinary detail, just how badly and how comprehensively the African continent has managed to fuck things up. Sample (from many such), which shows what actually happens to most foreign aid: 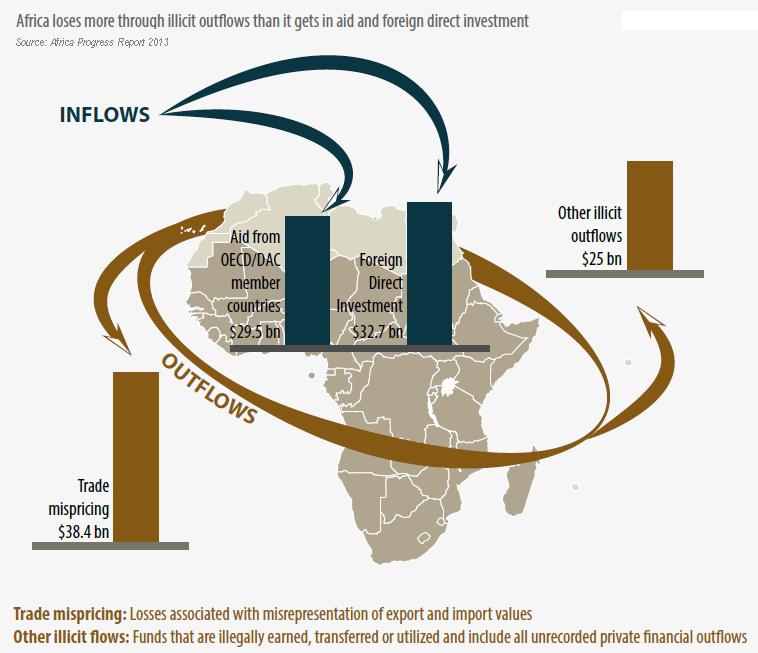 Blair’s answer, which is wonderful, can be summarized as follows:

(The last, by the way, has already been liberal governments’ policy for decades.)

Given liberal / socialist Western governments’ own track records in running government, infrastructure, the economy, education and health, a sensible African would run from both Blair’s suggestions and their existing predicament. (But that assumes that anyone’s sensible over there, which is a stretch.)

The most breathtaking hypothesis put forward in the article comes right at the end.

“What if Africa really is a continent inhabited by those to whom natural selection has bequeathed a different behavioral heritage than the rest of the planet?”

I’d suggest that Blair read Kipling’s trenchant and disillusioned poem, The White Man’s Burden, which says quite plainly that regardless of all the West’s good intentions and efforts, the Third World will nevertheless sink into the pit. But no doubt, Blair was taught that Kipling was an eeeevil imperialist and should therefore be ignored.

So, to sum up our opposing positions:

“The state of Africa is a scar on the conscience of the world [and we have to help them].” — Tony Blair

Feel free to disagree with me. But I have history on my side.

Many, many thanks to Reader Jason R, who got this ball rolling by sending me the link to the Those Who Can See article.