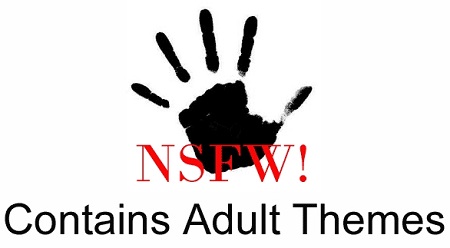 So maybe yer Mom wasn’t so wrong when she told you that if you touched yourself, you’d go blind. Although in this case, it wasn’t wanking, but shagging:

A man had to go to hospital after becoming blind in one eye when he orgasmed too hard during sex, research has revealed.
According to a paper in the British Medical Journal the ‘29-year-old man presented to the emergency eye clinic reporting an obstruction in the central vision of his left eye, which he had noticed on waking that morning’.
Doctors guessed that the man performed a Valsalva maneuveur, in other words the tensing of abdominal muscles, straining and holding your breath, in which air is forced against a closed windpipe and pressure increases in the chest.
This pressure resulted in the popping of blood vessel in the eye of the unfortunate man after an episode of ‘vigorous sexual intercourse’, doctors concluded after speaking to him, the study said.
‘The diagnosis was unclear and the patient was asked to return for follow-up three days later.
‘At this visit, he saw a different clinician who asked direct questions about the patient’s sexual activity.
‘The patient then reported an episode of vigorous sexual intercourse on the evening preceding the onset of symptoms. This directed history led to the diagnosis of postcoital valsalva retinopathy. Valsalva retinopathy is managed conservatively and is a self-resolving condition with an excellent prognosis.’

In other words, relax and enjoy your problem. But that wasn’t the only interesting thing about this episode.

Haematologists have also found Valsalva manoeuvre can also produce memory loss.
The intense pressure in the brain’s blood vessels resulted in temporary lack of blood flow to the central part of the brain, which in turn, resulted in amnesia, a 1998 study found.
The Valsalva manoeuvre is thought to cause global amnesia in one person in 10,000 and in one reported case, the manoeuvre lead to a ruptured blood vessel in a patient’s neck.

This may be why you can’t remember her name the next morning, but good luck telling her it’s Valsalva; she’ll probably retort that you didn’t use any lube. You bastard.

Women seem to have no sense of humor about this kind of thing.

Afterthought:  When did “orgasm” become a verb? Or did I just miss the memo (again)?