…Harry Enfield, that is (video via Mr. Free Market), and not the ginger twat married to that Hollywood strumpet.

Not too sure of the “beard growth”, but if he means masculinization, he’s perfectly correct. 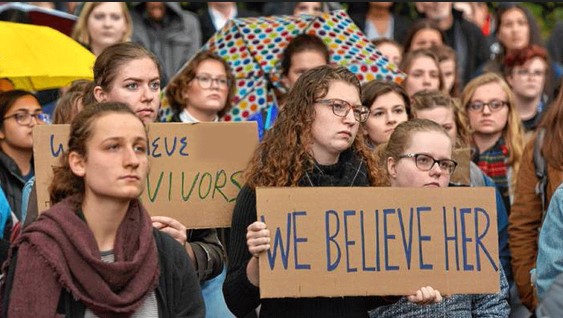 I find these women only marginally more attractive than the ones that Harry depicts.

And if you want to see how Our Betters regard us Deplorables, his take on the working classes is priceless.  For us, it’s comedy;  for them, it’s social commentary.

Now we have yet another way to make criminal acts still worse than the acts themselves:

So it’s not just bad that you kill a woman;  calling her a “filthy bitch” as you stab her to death makes the crime that much more reprehensible.  But it gets better.

Police forces will be asked to record and identify any crimes of violence, including stalking and sexual offences, where the victim believed it to have been motivated by ‘hostility based on their sex’, a Home Office minister said.

Ummmm I thought that stalking, for instance, has always been solely motivated by hostility based on sex — unless he’s following her around to see who she’s bonking now that they’re no longer a couple, maybe?

Okay, let’s see if I’ve got the order of badness right.

Killing a Black person is bad;  killing him while calling him a filthy nigger is terrible, the worst, unforgivable.  (I think we can all agree that thanks to the Burn/Loot/Murder pressure group, that action is pretty much at the top of the Evil Hate List.)

Next, I would imagine that calling someone a fucking Paki / towelhead / Meskin / [insert brown-skinned ethnic group here]  as you shoot them in the face might be next in the pecking order.  (Not included:  Chinks, Japs, Flips, dot-head Indians and other East Asian types, who somehow seem to be excluded from this shitfest — probably because they’re not whining as loudly, and good for them.)

Now we come to wimmyns, as noted earlier.  (Killing one of the “protected” species of women — e.g.  a  Black woman — while denigrating her race would elevate the evil standard straight up to Group 1, of course.)  Anything at all that hints at some kind of animus towards a female victim (by a man — women are of course completely blameless in this little game, bless them) is now going to feel The Full Force Of The Law.  (Not quite sure where genital mutilation or honor killings fall in this order — my guess is they’re not included because delivering ad hoc  clitoridectomies seems to be the sole preserve of Black men — a protected species — and honor killings are okay because We Don’t Want To Offend Muslims Lest They Hate Us Even More. )

Jews — once the most protected species because Auschwitz — seem to have fallen down the table.  Killing a rabbi while calling him a filthy Jewboy probably has some cachet, even, among certain Muslim asshole groups e.g.  Al-Qaeda and/or Nation Of Islam.  But a Black man murdering a “Jew bastard” in Hymietown (thank you, Rev. Jesse Jackson) would probably be punished with a light slap on the wrist nowadays, because Jews are asking for it because they have too much money and control the Bilderbergers or some such.  And Jews don’t murder too many people of any group other than Jews, unless they’re Supremely Evil Mossad agents who kill Pore Ayrabs without rhyme or reason (I’m told).

Way at the bottom of the Evil Hate Scale are MPPs — Male Persons of Pallor — because everyone knows that we are the root cause of all the world’s problems e.g. through systemic racism and ingrained misogyny, therefore it’s open season on us and we can be murdered, raped, stalked or beaten up pretty much at will, by any of the above, without too much in the way of consequence.  Insults delivered during the murdering etc. are probably not necessary because, annoyingly, nobody has yet come up with a pejorative nickname that actually causes offense to MPPs — “cracker”, “honky”, “chauvinist pig” and the like are fairly innocuous, and are actually quite cute, really.  Just being a White man per se  is sufficient motive for blameless murder.

Frankly all the above reminds me of something… wait, what is it?

Oh yeah, now I remember.  It’s just like Apartheid South Africa, only with the groups inverted. 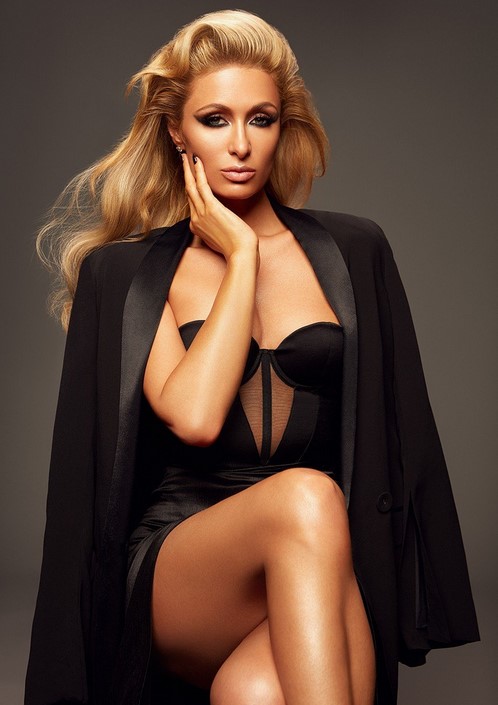 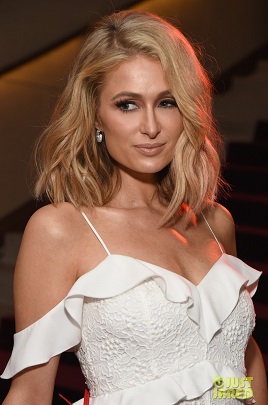 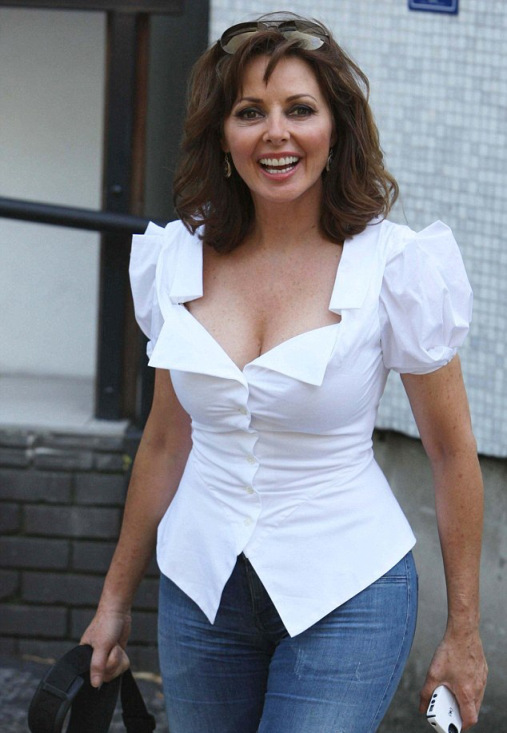 From now on (if I remember), I’m going to put a little dot at the end of all my posts which can serve as an “identifier” — I mean, if the LGBTOSTFU can do the rainbow thing, then why can’t I, and people of my persuasion, have their own identifier?  Here it is:

And what does that little bee-like color scheme indicate? 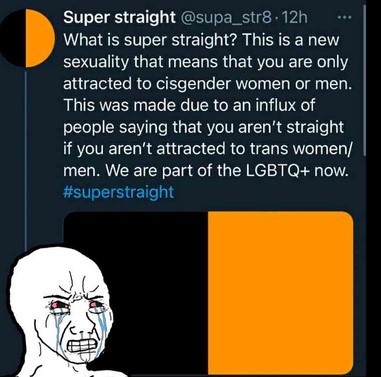 Obviously, it depends on your sex as to which one — women or men — that you’re attracted to.  I, for example, and hopelessly attracted to this kind of (massively heterosexual) woman: 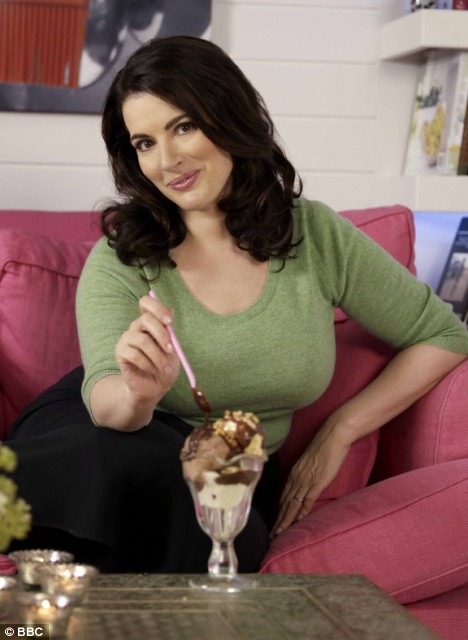 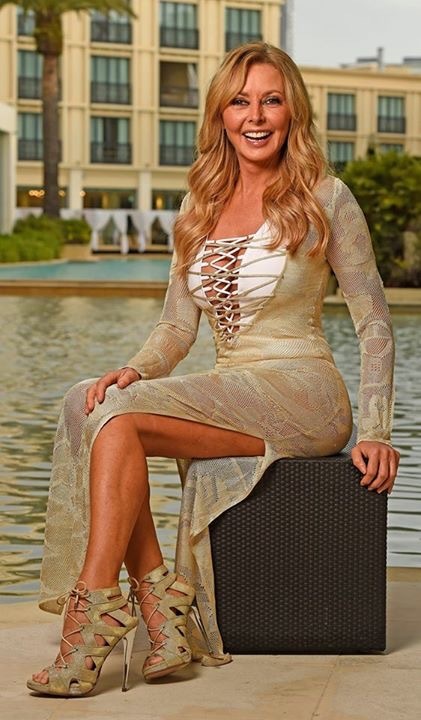 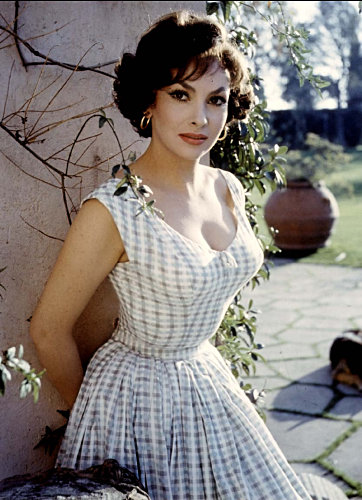 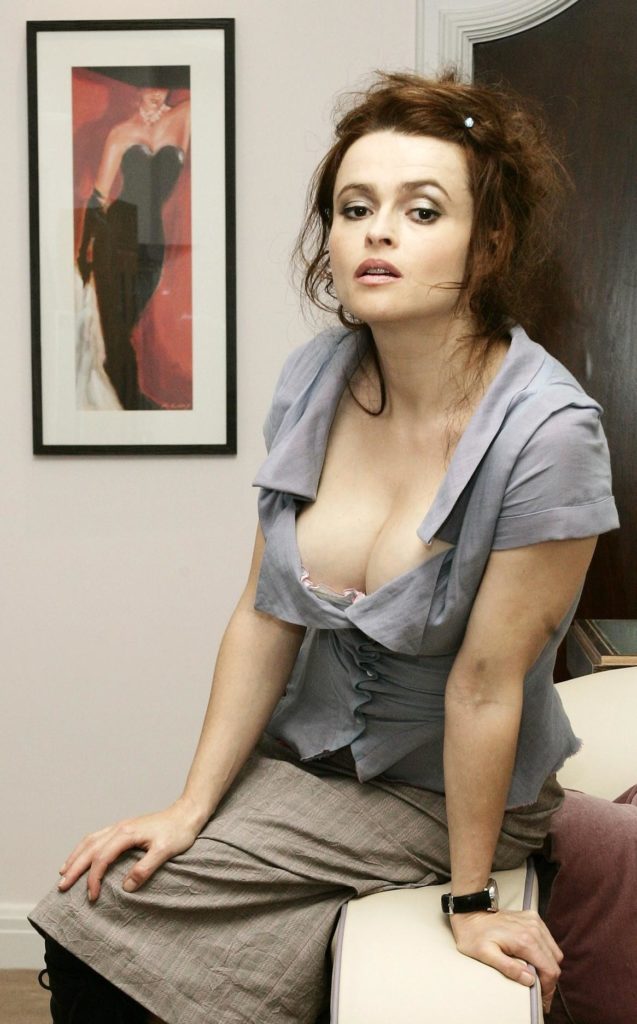 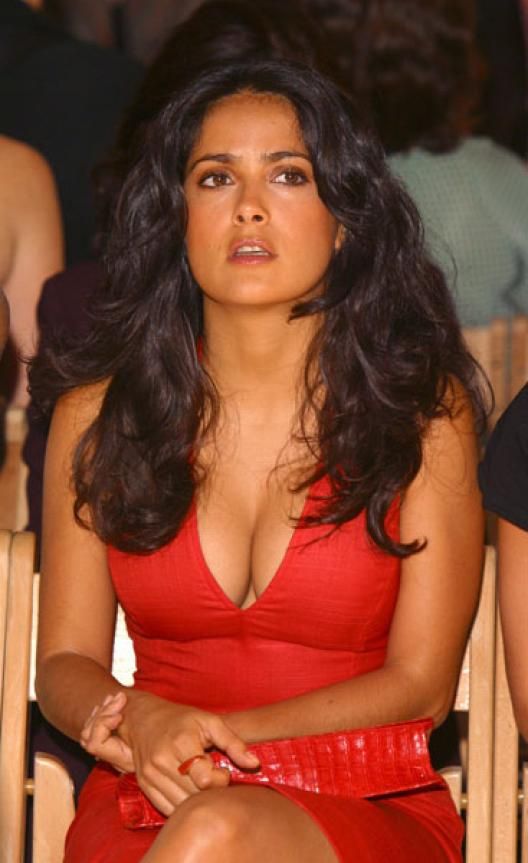 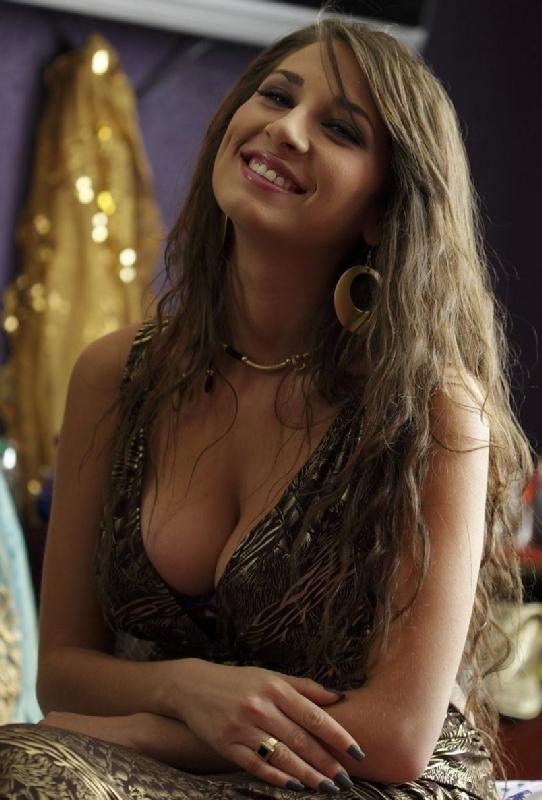 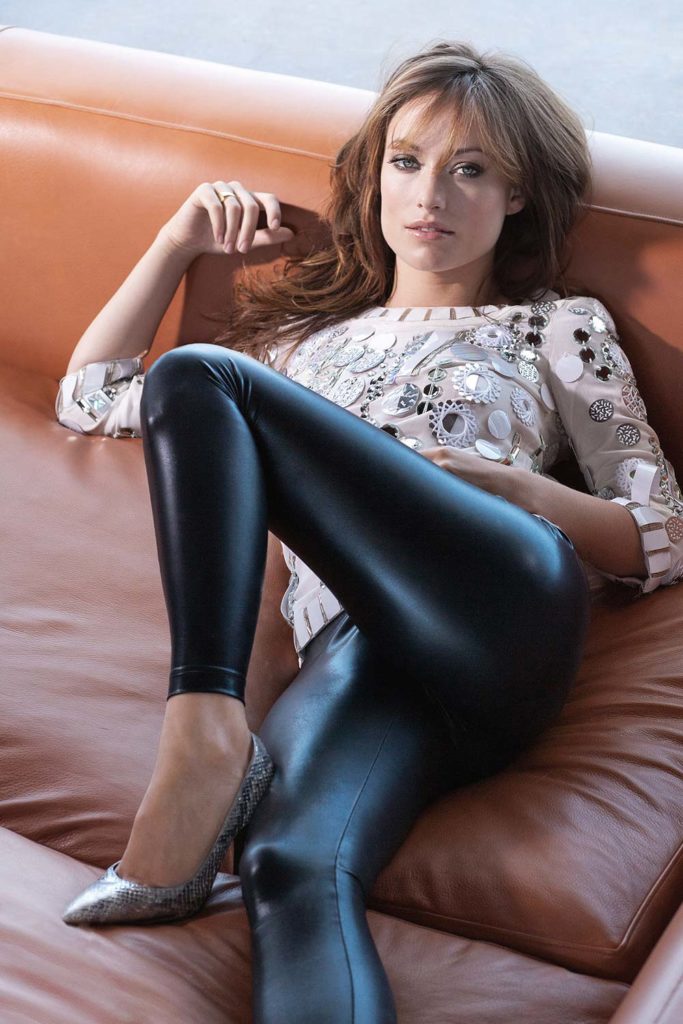 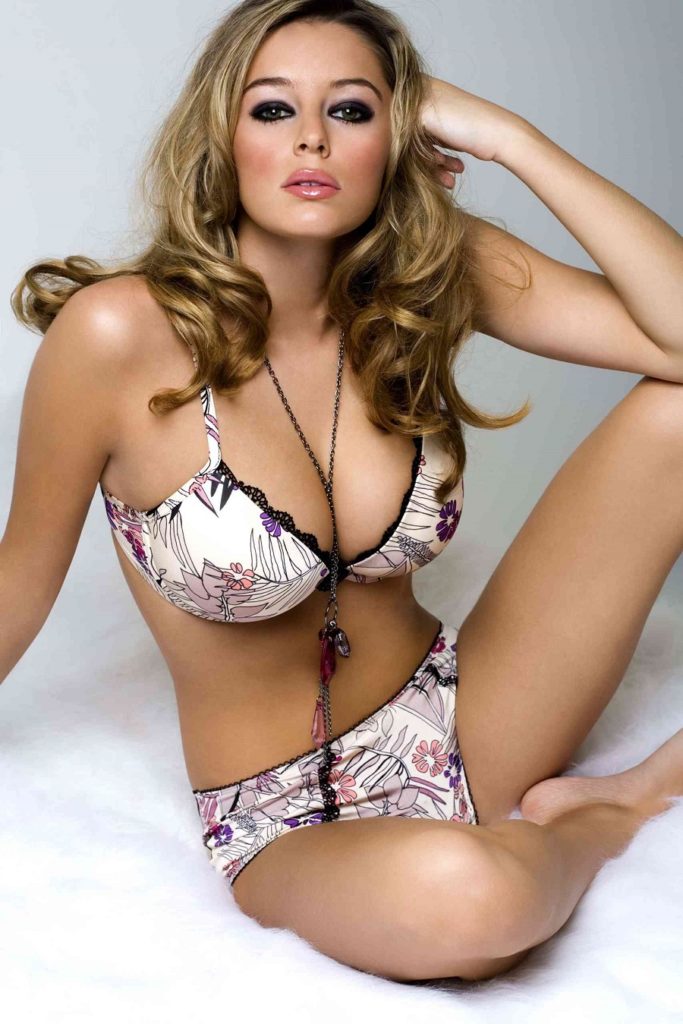 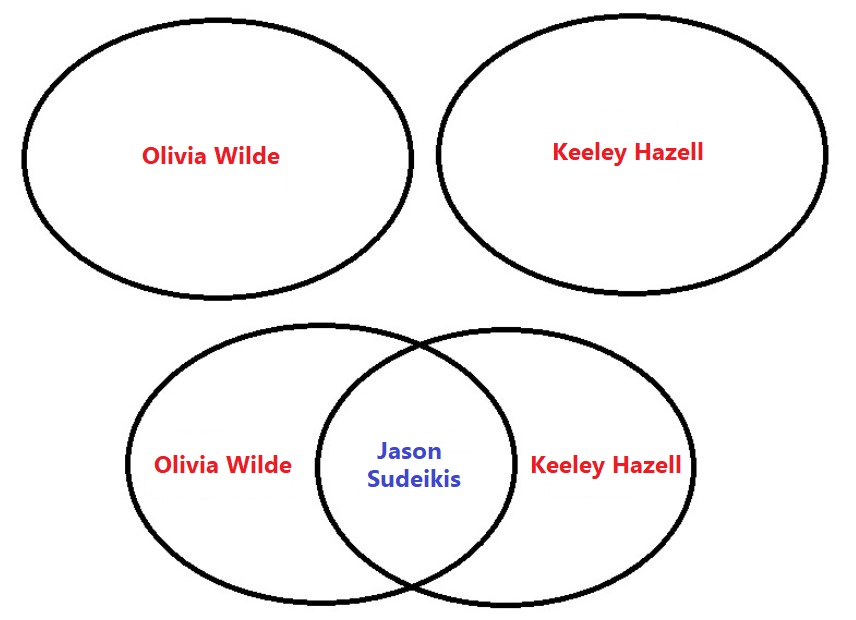 Courtesy of Britain’s ever-reliable Sun  newspaper, I see the following little activity has made the news:

A MILLIONAIRE businessman who attended Prince Harry’s wedding to Meghan Markle has been charged with sex offences.

Did he prowl the streets at night, grabbing women and violently raping them in alleyways?

The dad-of-four was allegedly inappropriately physical with employees — often young women working as PAs or receptionists.

Oh, that.  Well, let’s leave it to the courts to see if any of this eeevil “#MeToo” stuff actually happened, because I’m more interested in the fact that interest in this case was sparked by his attendance at Ginge and Whinge’s wedding.

Now as little time as I have for the Sussexes, I don’t think they can be held responsible for what their wedding “guests” get up to — and I emphasize the word because I have no doubt that neither the bride nor the groom actually invited Mr. Badfinger to the wedding;  rather, he was invited by their respective social secretaries / courtiers because he was a successful businessman.  In other words, the New Californians had nothing to do with his behavior afterwards.

I can sympathize with them, actually, because I know for a fact that after one of my weddings (shuddup), at least four (and maybe more) of my invited guests engaged in a little group sex at someone’s house after the reception.   And I personally invited all of them, but I certainly cannot be held responsible for their post-festivity fun ‘n games, can I?

I blame the “open bar” for all of it, myself.  I don’t know whether the accused (above) can use the same defense.