Following on from last night’s post, I happened on this little photo essay: 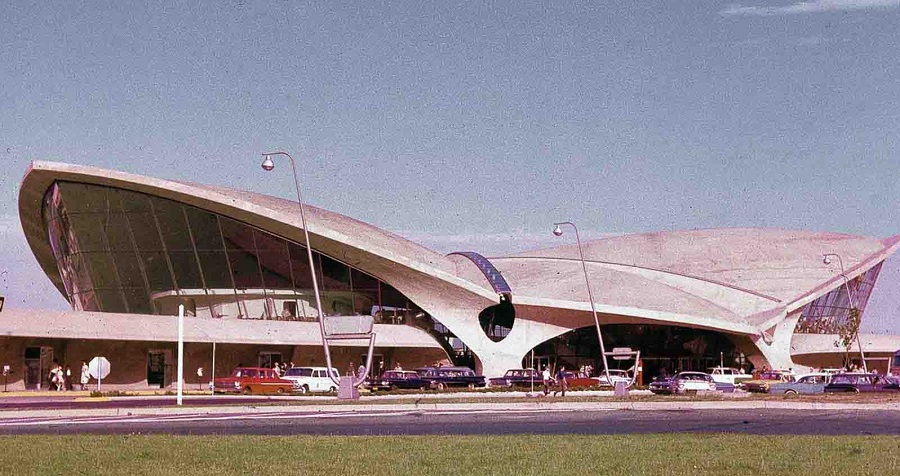 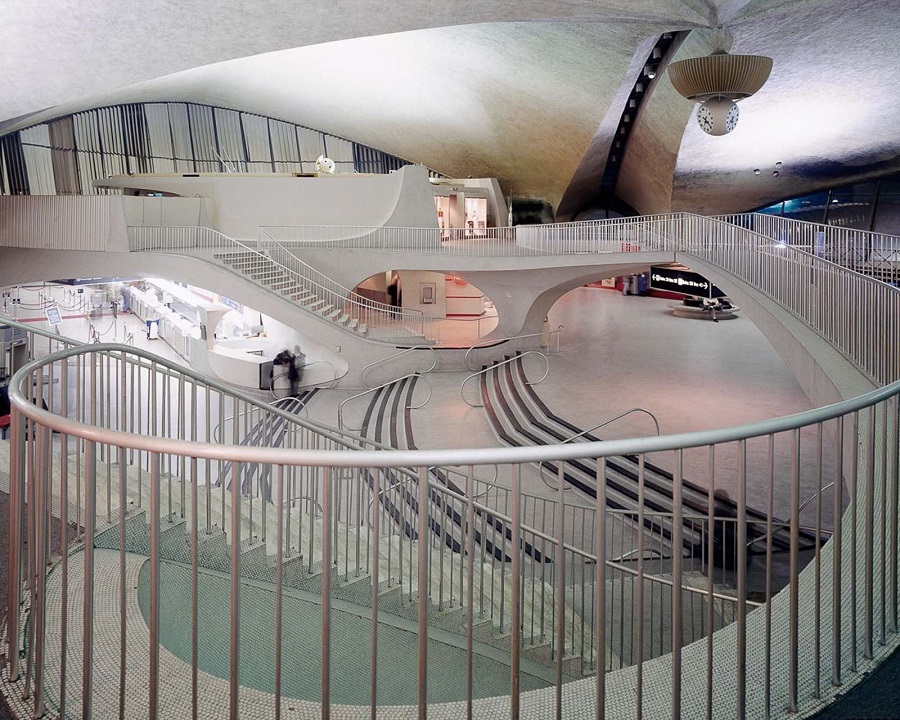 Now most Readers. knowing my abhorrence for Modernist architecture, would be forgiven for thinking that this post will be a diatribe against this building.  But on the contrary, I think it’s beautiful — for one thing, there aren’t any hideous straight lines and corners such as found in Bauhaus monstrosities.  As the writer of the article puts it:

Unlike most air terminals, which seemed intent on depressing passengers, Saarinen’s not only raised the spirits but also showed that concrete structures could be truly delightful.

And it is.  In the time it was built, I would imagine that its space-age, swoopy shape would be very much in keeping with the age of early space travel of the late 1950s and early 60s.  As the designer himself put it:

“…the architecture itself would express the drama and excitement of travel… shapes deliberately chosen in order to emphasize an upward-soaring quality of line.”

The first tragedy is that Saarinen died the year before his creation was finished.

The second tragedy is that the beautiful building has of course been “modernized” to make it “more efficient”. 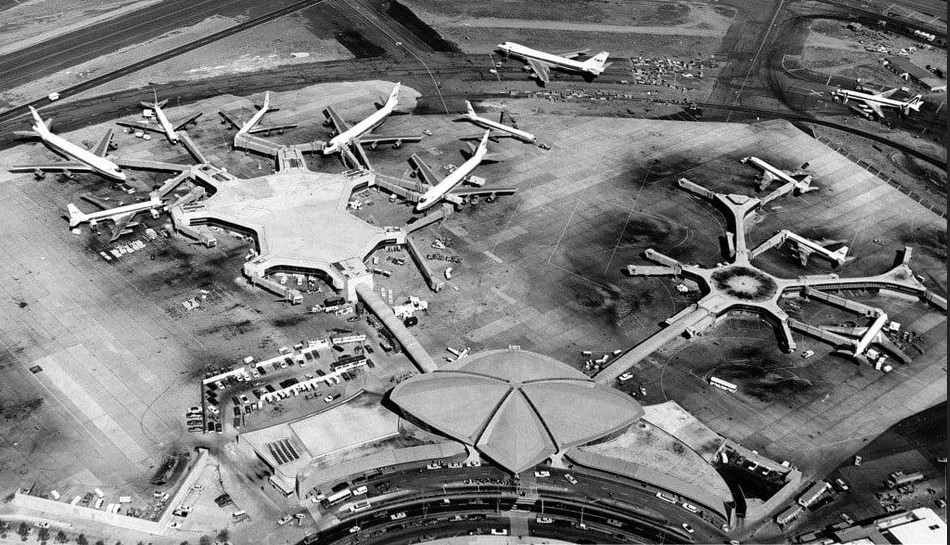 There’ll be a parallel essay to this topic on Saturday.