Like most Africans (real ones born in Africa, not the phony Jesse Jackson kind), I have a fear and loathing of snakes.  I’ve heard all the calls that they keep the rodent population down and all that, and if the slithery little bastards kept on doing just that, I’d be fine with them.

But they don’t, do they?

It is said to feel like two sharp nails being hammered into your skin – and we can reveal that deadly snake bites are rising dramatically in a trend that is worrying experts.
An Austrian man was the latest victim when he “felt a pinch in the genital area” while sitting on his toilet at home in Graz on Monday, according to a local police report.

Wait:  Austrian?  At first I read “Australian” (which would be nothing out of the ordinary) but was stopped by “Graz” (which isn’t in Australia).  Sheesh, if the fucking things are in Austria, they could be anywhere.  And they are.

Read the rest of the article, and I hope your breakfast has settled, because otherwise you’ll be heading off to the can to puke.

Just check before you do, though: 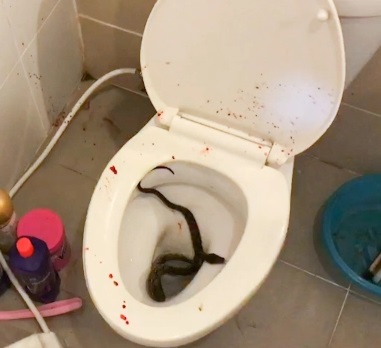 Brrrr… I fucking hate them.

Whenever there’s a chance that I’m about to walk anywhere remotely bush-y, I carry my little NAA Mini-Revolver, and it’s loaded with .22 Mag shotshells. 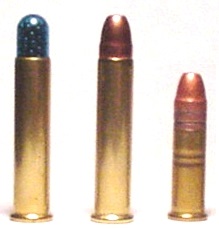 I once saw a video of a snake being shot with one of these, and it was excellent:  in a split second, it went from being all hissy and strikey to totally limp — whereupon I bought about 500 rounds of the stuff.

Be careful out there.