A couple of people wrote to me over the weekend following last Friday’s post about hunting buffalo, and more specifically about the venerable .375 H&H Magnum cartridge.

I’m going to be about as blunt as I can when it comes to talking about the .375 H&H.  It is, as mentioned earlier, a cartridge designed to kill dangerous game — “dangerous” being roughly defined as “if you don’t kill it, the animal is going to do its best to kill you instead.”

This is not the time to worry about the cost of the ammo, especially as the typical African buff- or Kodiak bear hunt will only see at best a handful of cartridges fired.  Cost is irrelevant compared to having the best stuff you can have, because it’s your life you’re entrusting to it.

However:  this does not mean you shouldn’t be wise to the price of the stuff, either.  Here’s an example, using the much-respected Federal Cape-Shok 300gr solids.  From Graf & Sons (not the cheapest of ammo vendors out there, because of their vast offerings across many cartridge types and sizes), we see this: 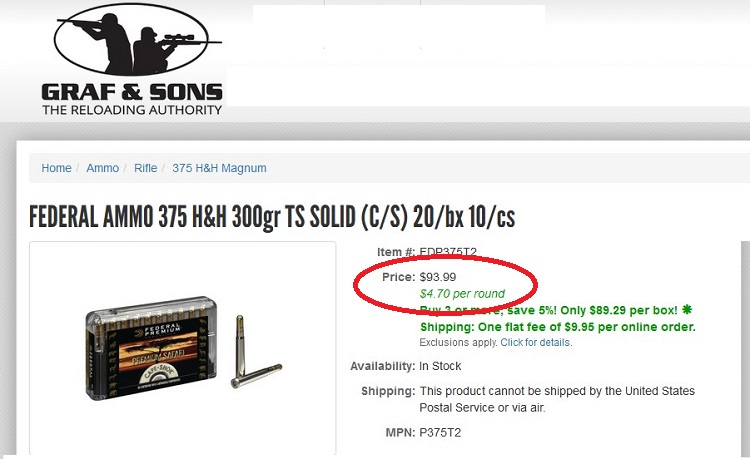 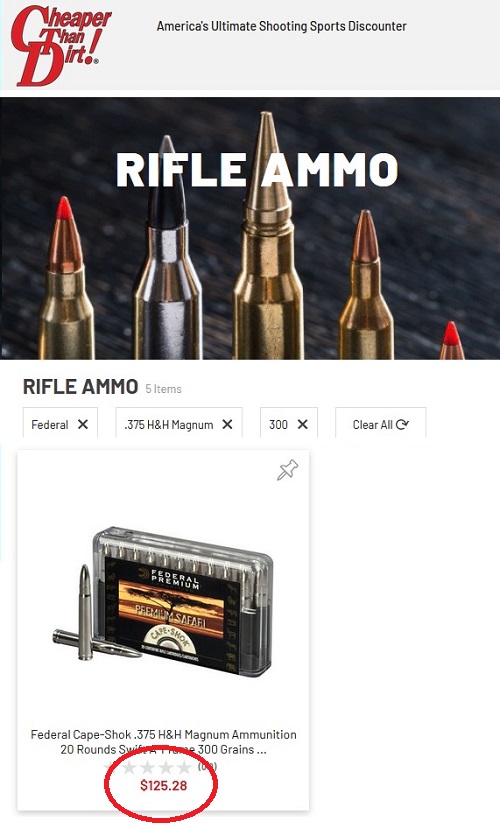 Now we all know that CTD isn’t anything like cheaper than dirt, the rapacious scumbags, but even so… that’s a hefty premium.

If you wanted to save money in order to practice before setting out (always a good thing when you’re going to be entrusting your life to a single bullet), you can actually do so relatively cheaply with soft-pointed ammo such as this: 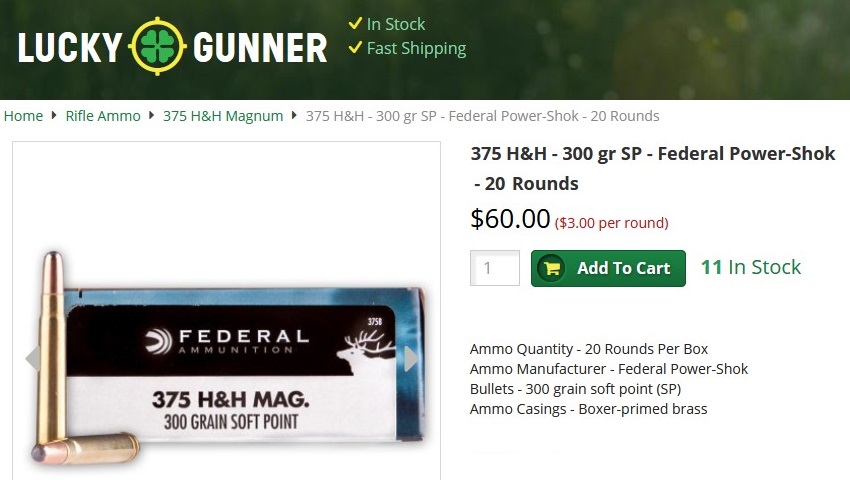 Note that the bullet weight (300gr) is the same, so you should get more or less the same grouping as the solids — but always test it.)