I’ve had some advice for Brad Pitt on a previous occasion, e.g.:

Yep;  all over the world, there are a million beautiful women who will have sex with you on whatever terms you wish to make; and if you’re done with those, there are yet another million who would leave their boyfriends or husbands just for the chance to bounce on your Sealy Posturepedic with you.
…
Grab a bottle of Southern Comfort, fire up a joint and give a call to [insert the name of random hottie here].

Took the boy awhile, but it seems he’s finally done just that.

Brad Pitt has a new love interest. The 56-year-old actor, who is locked in a bitter divorce settlement with Angelina Jolie, is dating 27-year-old German model, Nicole Poturalski, and the two appear to be getting very close.
The couple sparked rumors after they were spotted leaving Paris’ Charles de Gaulle Airport together on Wednesday and Page Six has now confirmed their relationship. 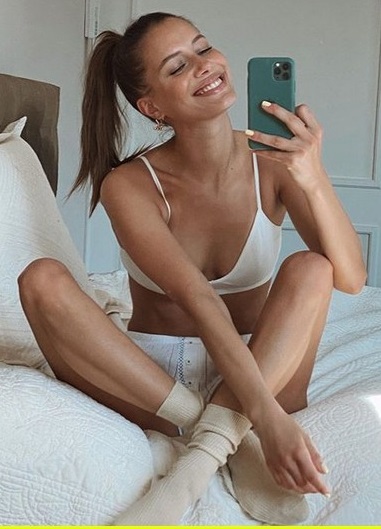 Of course, he’s Brad fucking Pitt, so he’s back to his old tricks:

BRAD Pitt’s rumored new girlfriend Nicole Poturalski is allegedly in an open marriage with her 68-year-old husband.
The model is married to restauranteur Roland Mary, who owns Berlin celeb spot Borchardt, a favorite of Brad’s in the city.

That’s the stuff, Brad;  don’t bonk just any old pretty chick — get a married German one, for extra-exotic in-your-face goodness.  I kinda feel sorry for the Olde Phartte Hubby, but when you’re pushing 80, have a wife the same age as yer grand-daughter, and Brad Pitt puts in an appearance… well, shit happens.

I feel better about the world, now:  Pantifa snotnoses are getting their arms blown off in riots, and now Brad’s back to being Brad.

I think I’ll make my breakfast gin & orange a double.