Over at Britain’s Daily Mail newspaper, some bint is full of good advice for Brad Pitt:

That’s the headline, and I’m not going to bore you with the rest because it’s basically just one of those everyday “let me tell you how to change your life for the better” articles from a female journalist — a breed not exactly renowned for their chastity, sobriety and responsible level-headedness themselves.

Of course, there’s always the standard manosphere response to twaddle like this, i.e. “I guess I missed the memo which gave you the right to tell me how to live my life”, but a far better response is instead a question: Why should Brad Pitt “grow up”?

Lest we forget, all that (coupled with an acting talent which makes most other actors green with envy, and which propelled him out of pretty-boy roles into big, solid, meaty, Oscar-winning performances) — all those flaws enabled this miserable “man-baby” to have sex with Jennifer Aniston and Angelina Jolie on consecutive nights. How many other men in the world can make that claim?

None. Because he’s Brad fucking Pitt, that’s why, and he doesn’t have to obey anybody’s rules or take advice from anyone. That said, here’s mine.

Brad, dude: if you read this, tell them all (including that stupid psychiatrist) to go and fuck themselves. I assume you’ve got enough money squirreled away that it doesn’t matter whether you ever work again, or not. (And even if you haven’t, you’ll still be able to make a truckload whenever you feel like it, e.g. Oceans 14 through 114.)

And you don’t have to see a shrink. Most shrinks are total girlymen (note their choice of profession), and they’re all just going to tell you what to do to make you more acceptable to the Sisterhood.

You don’t need the Sisterhood because as long as you live, you’ll have permanent access to another kind of sisterhood, the one that wants to rub warm oil all over your man-baby’s body before shagging you till your blue eyes cross. Yep; all over the world, there are a million beautiful women who will have sex with you on whatever terms you wish to make; and if you’re done with those, there are yet another million who would leave their boyfriends or husbands just for the chance to bounce on your Sealy Posturepedic with you.

Yeah, having sex with millions of willing women is a sad, shallow and meaningless existence. Brad, baby: lest we all forget, you tried doing the “responsible husband” schtick with Miss Crazier-Than-A-Sackful-Of Cats herself; how’s that working out for you?

Quit all that namby-pamby sculpture and building fires bullshit. Grab a bottle of Southern Comfort, fire up a joint and give a call to [insert the name of random hottie here]. You may hate yourself in the morning, but what the hell, you seem to hate yourself right now with all this “sad dad” crap anyway. So give it a shot.

In the words of the immortal Jeremy Clarkson: “What could possibly go wrong?”

Disclaimer: I have no actual proof that Brad bonked Jennifer and Angelina on consecutive nights, but let’s just go with the odds on this one. He’s Brad Pitt; who’s going to bet against him? 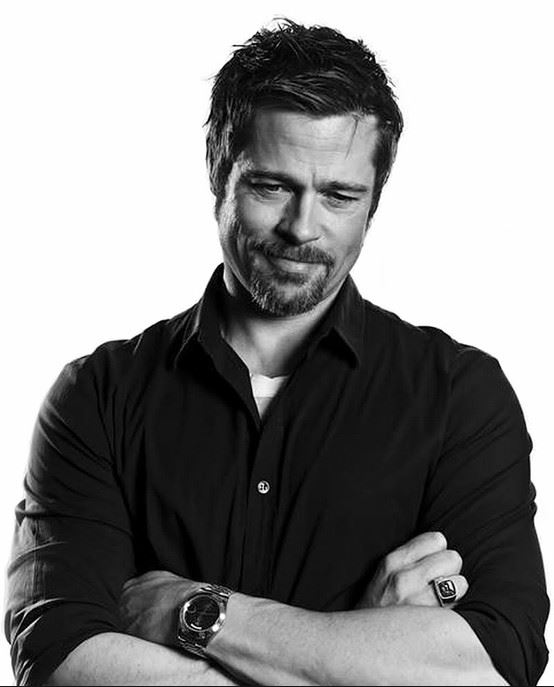