This story got a lot of attention a little while ago:

A supermarket security guard has won the internet’s hearts as he stood in the pouring rain to shelter a patient dog. Morrisons security worker Ethan Dearman was photographed braving the elements outside the supermarket in Giffnock, Glasgow on Sunday. The picture, taken by Mel Gracie, 25, shows Mr Dearman holding a green umbrella over golden retriever Freddie, who is relaxing underneath. 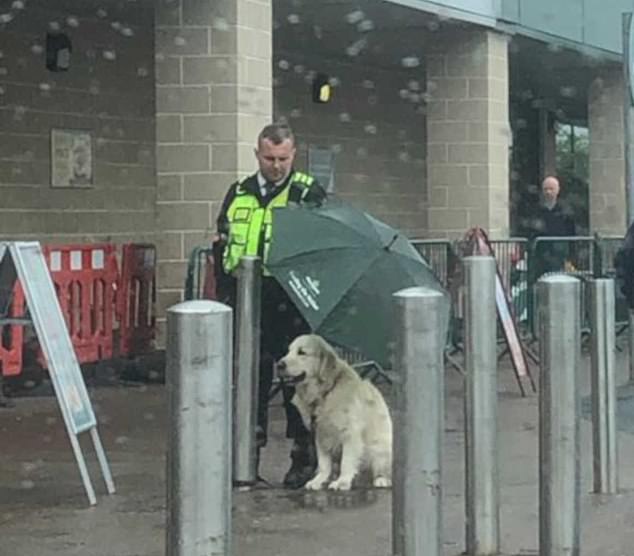 Several people have commented that this is a typically-British story.  I disagree (and my Brit Readers will back me up on this, I think).

What would have made this a typically-British story would have been if the security guard was fired for not doing his proper job — because if there’s one thing Brits excel at, it’s bossing people around just because they can.

It’s precisely the same mindset behind a parking warden booting an ambulance for parking in a No Parking zone while picking up an injured patient, or a pharmacist’s assistant denying a customer a purchase of a pregnancy test kit during a lockdown, because it’s not an “essential” item.

I love Britain and its people, and I have as many Brit friends as American or South African friends, but this is one character flaw I find particularly tiresome.