So the Attorney General thinks we should allow Gummint access to our private lives, does he?

U.S. attorney general William Barr has said consumers should accept the risks that encryption backdoors pose to their personal cybersecurity to ensure law enforcement can access encrypted communications.
In a speech Tuesday in New York, the U.S. attorney general parroted much of the same rhetoric from his predecessors and other senior staff at the Justice Department, calling on tech companies to do more to assist federal authorities to gain access to devices with a lawful order.In remarks, Barr said the “significance of the risk should be assessed based on its practical effect on consumer cybersecurity, as well as its relation to the net risks that offering the product poses for society.”
He suggested that the “residual risk of vulnerability resulting from incorporating a lawful access mechanism is materially greater than those already in the unmodified product.”
“Some argue that, to achieve at best a slight incremental improvement in security, it is worth imposing a massive cost on society in the form of degraded safety,” he said.
The risk, he said, was acceptable because “we are talking about consumer products and services such as messaging, smart phones, e-mail, and voice and data applications,” and “not talking about protecting the nation’s nuclear launch codes.”

Then there’s the tu quoque  argument:

As though we should emulate the British — who, lest we forget already  has governmental powers which allow them to preemptively ban anything to be published which they don’t like.  (It’s called a “D notice”, FYI.)

Here’s my take.  But first, a reminder:

Amendment IV
The right of the people to be secure in their persons, houses, papers, and effects, against unreasonable searches and seizures, shall not be violated, and no warrants shall issue, but upon probable cause, supported by oath or affirmation, and particularly describing the place to be searched, and the persons or things to be seized.

Considering how the “security services” have already violated this Constitutional precept against one person they didn’t care for (FISA?  Russian collusion, anyone?), why should we trust that these fucking spies won’t abuse this power against anyone else?

OF course, the fucking feds will no doubt blackmail the tech companies into doing their foul work for them:

Barr did not rule out pushing legislation to force tech companies to build backdoors.

I’ll bet he didn’t.   And Barr, lest we forget, is supposed to one of the good guys?  Can you imagine giving this power to a Justice Department, CIA, NSA DHS or any of the other little Stasi acronyms, under a future Democratic Socialist administration?

We might as well live in Communist China or 1970s East Germany.  Which is doubtless exactly where these pricks, all of them, would like us to be.  All for our own security, of course.

FOAD, all of you. 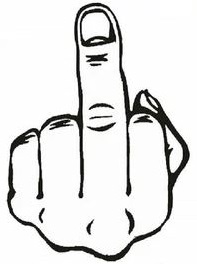 That’s my First Amendment right coming into play.  You don’t want me invoking the Second, you motherfuckers.  There’s another wholly different meaning to “going dark”.