In his Devil’s Dictionary, the late and very-much-lamented Ambrose Pierce once wrote the following:

“When politicians speak, no matter the topic, they’re talking about money.”

…and boy, was he ever right.  Here’s an example.

For the past couple of years, governments have been talking about the “obesity epidemic” (as though getting fat can spread from one person to another over the air, instead of being the result of a conscious decision by individuals).  And of course, along with such alarums and panic from the Usual Suspects — those who Know What’s Best For You — have come clamors that Something Must Be Done.  And when people use the dreaded passive voice, of course, that means one, and only one thing:  government intervention.

So, of course, in steps Nanny Government to the rescue.  Of course, instead of pointing out that people get fat because they eat too much, or that their children get fat because their parents give them too much of the wrong foods, Big Nanny sets about punishing people for ingesting said wrong foods — and the easiest thing to target, because of its ubiquity, is sugar.

But how to punish excessive sugar consumption?  Do we (i.e. Nanny Government) ration the stuff?  No, too difficult and costly to implement, manage and police (although I would bet against it in the future — such difficulties have seldom stopped government in the past, e.g.  ObamaCare coff coff )  But sugar is not only bought and sold per se , it’s also a ubiquitous ingredient, and most egregiously so in the case of carbonated soft drinks (to normal mortals, that would be Coke, Pepsi, Mountain Dew etc.) wherein can be found the equivalent of a dozen or so teaspoons of sugar per can.  Not that this is always A Bad Thing: 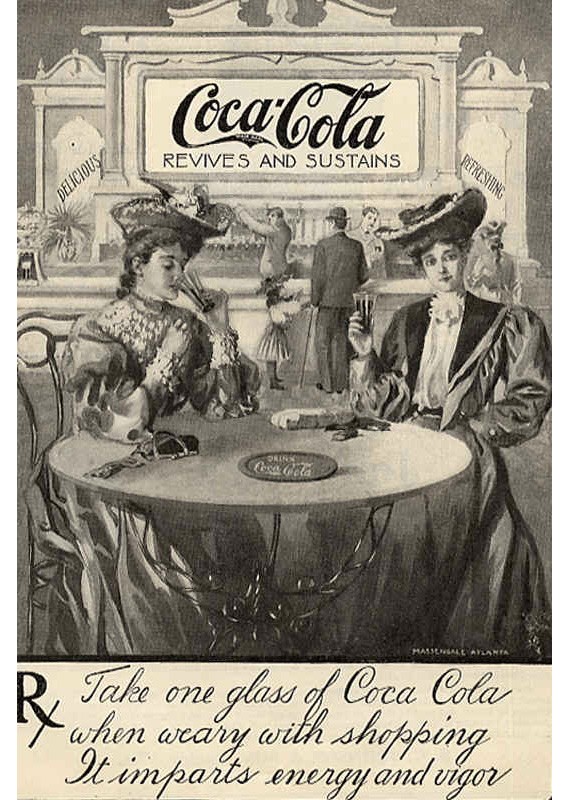 So, goes Nanny’s thinking, if we punish people for drinking Cokes and reduce consumption thereof by making it more expensive to do so, the very best way to implement such policy is… to tax it.

Which brings us back to Ambrose Bierce.  And lo, there we have proof of the man’s sagacity:

The UK’s sugar tax has raised almost £154 million in its first six months, Government figures have revealed.
From April, companies selling drinks with added sugar have been taxed between 18p and 24p per litre for certain drinks containing high levels of added sugar.
The new levy was introduced in an effort to fight childhood obesity, as more than a third of 11-year-olds in the UK are now overweight and soft drinks are one of their main sources of sugar.

With that degree of success, replication must surely follow:

Raising so much money from the tax was ‘encouraging’, one expert said, but they urged the Government to extend the levy to calories in sweets [candy] as well.

And there you have it:  Nanny Government at its absolute finest.  It’s even more nasty in that with the above policy, the BritGov didn’t increase the sales tax on carbonated soft drinks — too difficult to implement, police and collect, see above — so instead they levied the tax at its source:

There are 457 companies registered to pay the tax, and more than 90 per cent of the money came from charges on drinks with higher levels of sugar.

Much easier.  And needless to say, most of said companies simply raised the price of their product and passed it on to consumers — that would be us — to whom rising prices are a fact of modern life, and therefore the added cost went pretty much unnoticed.

Which actually makes it a perfect government tax policy:  it’s barely noticed by the public, it’s easier to collect / enforce (457 companies vs. many thousands of retail outlets), and best of all, if it fails to have the desired effect (making people drink less of the stuff), Nanny Government can simply increase the tax rate until it does — or until the supplier companies either quit or go out of business, which won’t happen because Coca-Cola / PepsiCo / Dr. Pepper / Cadbury-Schweppes etc. are collectively richer than Great Britain.  So there is theoretically no limit as to how much tax revenue the BritGov could collect from this policy.

And all because you, you fat bastards, insist on buying your kids Big Gulps and pouring  Dr. Pepper over their sugary breakfast cereals (a rant for another time, coming very soon to these pages).

And at the bottom of all this, of course is the reason why Gummint — in this case the Brit manifestation thereof — should care about fat children at all.   It’s not because they’re concerned for the chillins’ health (although that’s the figleaf), but because when obesity causes health issues, then said issues have to be covered by the foul (but government-funded) National Health Service.

Which brings us back — AGAIN — to Ambrose Bierce’s dictum.  It’s all about the fucking money.

At the beginning of this post, I said that Bierce’s death was much lamented but as I think about it, I’m glad that my favorite cynic of all time isn’t around to see all this.  He’d probably commit suicide.

And as a footnote, allow me to recommend unreservedly The Devil’s Dictionary, which under the reign of World-Emperor Kim would be a required textbook in all high-school curricula.