When we have our pictures taken for ID docs like drivers’ licences in the U.S.A., we usually have the option of smiling or unsmiling poses. I tend to smile, because in repose I look like this: 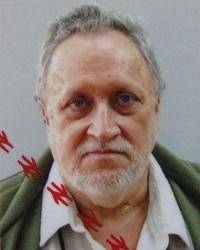 That’s my picture as it appears on some British railcard ID — and it’s a perfect example of what my kids call my “hitman” expression. (I think it’s more like “Wanted In 25 States For Murder”, but that probably means the same thing, really.)

When I had said pic taken, the photographer told me that H.M. Government doesn’t allow smiling pictures on IDs, because if you smile, their facial-recognition software can’t identify you.

Ponder on the implications of that, if you will.

Happily, my passport photo is of Smiling Kim, so the BritGov may never be able to identify me — and as I have no intention of breaking any of their poxy little laws, there’s no problem with that… right?

One of the reasons to travel abroad is that we can see how other countries screw their citizens / subjects over, and we can therefore resist similar bullshit on the part of our own government, which is already too fucking big for its boots.