And lo did The Weary Traveler arrive in the Scepter’d Isle, whereupon the fiend Mr. Free Market did take him straight unto a drinking place called The Something Or Other, and did ply this jette-lagged scribe with full many a pint of ale: 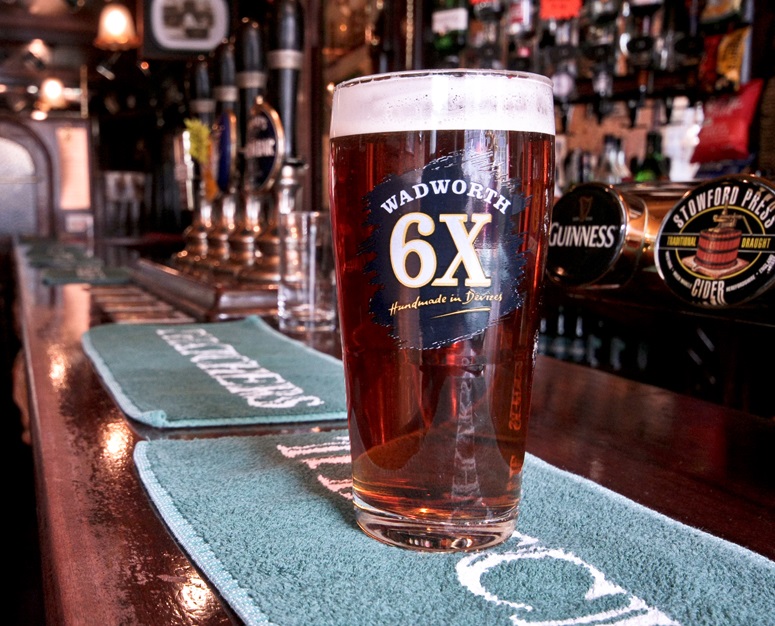 …and in vain did your Humble Narrator protest that this was too much, and that he would pay for this loathsome excess in the morn; but his protests avail’d him nought, for his so-called friend simply prevailed upon the publican to bring yet more of the same to the counter, and from good manners did he imbibe all that was put in front of him, yeah until foul drunkennesse did descend upon his poor brayne.

And all that The Weary Traveler could later recall was loud laughter, good tymes, fysshe & chippes, and perhaps pinching the bottom of Mrs. Free Market, for which he hopes she will forgive him. Or maybe ’twas the bottom of Mr. Free Market — the memory be vague ‘pon this point — in which case he got what he deserved, the bugger.