The problem with “happiness” is not just that it’s a personal issue: it’s largely an unresolved personal issue. As individuals, if asked whether we’re happy, we might just say “Yes” without really thinking about it. Then we think about it — not always a Good Thing, by the way — and might realize that we’re not really happy, because someone else seems happier than we are, therefore we’re not as happy as we could be.

“If you think of life as a series of duties — and of happiness as an undeserved blessing, rather than a right — you are likely to be much happier than if you think happiness is yours by right.”

He’s absolutely correct. If we think about it — this time, a Good Thing — we can come to realize that performance of that series of duties brings its own happiness: not the joyous ecstasy kind of happiness (which I think too many people seek, thinking it’s the ideal), but the quiet contentment of a job done to the best of one’s ability.

Raising children is an excellent example of one kind of duty which, when performed properly, brings to the parents not just satisfaction of a job well done, but a profound sense of contentment, nay even joy.

Yet we live in times when almost all the leaders of Western Europe are childless, and have never experienced that joy. When they have never held their own child in their arms, watched them walk unsteadily across the room, or marveled as that child does something remarkable, is it any wonder that such people are beset with inner conflict and ignorance of what most people need to be happy?

I’m not suggesting that bearing children is the sine qua non of happiness, of course; yet it would be foolish to ignore that fact that as procreation and survival of the species are so deeply ingrained in the genetic code, that the individual’s success in the accomplishment of so basic, so elemental a need must surely bring at least a foundation of happiness to a man or woman?

There is no universal definition of happiness. Happiness is how each individual defines it and where he chooses to find it. I would take this even further: that when we are unhappy, it’s often because we have allowed other people to define the terms of our happiness, and allowed them to dictate where we may find it.

To end this little thought, take a look at this picture: 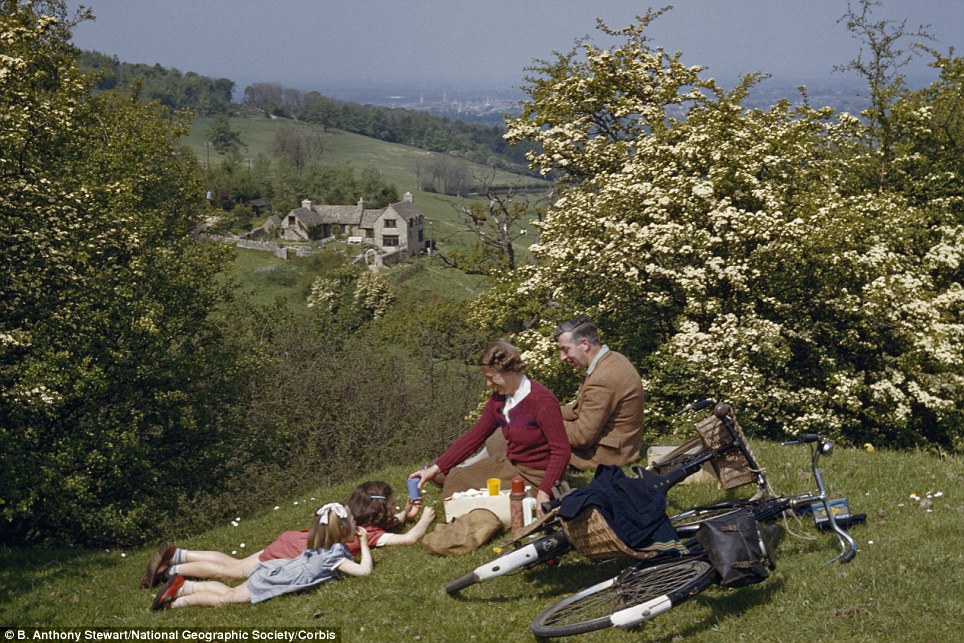 It’s a very old one of a family picnic, taken in a simpler era — sometime in the early 1950s, I think —  but as simple as the activity is portrayed, I defy anyone to deny that at this particular moment, every single person in that picnic is unbearably happy. It may not last, and probably won’t: the father may have problems at work the next day, the wife may have some household accident, one of the little girls may get bullied at school the next day, whatever. But at this particular moment in time, there is happiness. Moreover, it is happiness that hasn’t been mandated or defined by any authority or even by society; it is happiness that didn’t need to be pursued, only found.