As one who quit watching network TV shows in about 1990 and has barely watched anything since, I’m not really qualified to pass comment on many of the shows that have been renewed / canceled for the upcoming season. Nevertheless, while The Mrs. was going through her invalid stage she did watch some shows, and as I was generally in the room with her, some stray bits of video have stuck in my brain and allowed me to make at least a few superficial judgments on the ones of which I do remember seeing the occasional snippet. In no specific order, here they are.

Grey’s Anatomy lost my interest in about the third episode of its first season, when it became clear that it was a combination of Black- and female wet dreams (unsurprisingly, as the show’s writer is — ta-da! — a Black woman). I know that most entertainment requires a suspension of disbelief, but seriously? A hospital in Seattle with a Black chief surgeon (as opposed to Jewish or, even more likely, Chinese)? Ha ha ha ha… considering that in just about every hospital in the United States, the highest Black executive is generally someone like the Benefits Administrator, HR Director or some similar bureaucratic fonctionnaire, the Anatomy Hospital is such an unrealistic construct that it might as well be on Mars. Ditto the various couplings and characters: McSteamy and McDreamy? One can only imagine the furor had the main female characters been nicknamed McTitty and McVaggie by the male cast. What a load of shit. And a final comment: in the episode where a disgruntled man takes a gun and starts systematically shooting doctors, was I the only one who made a mental promise never to go unarmed into a hospital again? (On a personal note: Ellen Pompeo is a dead ringer for one of my long-ago girlfriends — coincidentally, a nurse — which made watching the show an interesting experience for me, to say the least.)

Bones: I think Emily Deschanel is one of the most beautiful women ever to be on TV (despite being a liberal vegan nutcase in real life), and her character was wonderful: the outspoken and nearly autistic brilliant forensic scientist whose unbending logic made her paradoxically all the more human. Also, the same logic made her a gun owner — I have no idea how that little quirk made it through the network’s GFW (gun-fearing wussy, for my New Readers) editorial committees. The real mistake came when the male and female stars got married — the same mistake made in Castle and Moonlighting — which took away all the sexual tension of the show.

Grimm remains the only modern TV show I’ve ever stayed home to watch. As any fule kno, I detest the fantasy genre whether books, movies or whatever, but the premise of Grimm, plus its brilliant cinematography completely captured me. I did lose interest when the show created a grand story arc involving Austrian princes and such — the weekly episodes of catching various (and wonderfully-named) monsters was more than enough for me — so I lost interest after about the third season, something which I find myself doing for just about every TV show, incidentally, when the show’s premise is generally fulfilled and the writers have to jump the shark to keep it interesting.

I’m glad that Blue Bloods has been renewed, even though I don’t watch it anymore (another casualty of Kim’s Season Three syndrome). The conservative, religious and pro-law enforcement slant of the show makes a refreshing change from the usual liberal crap.

The renewal of Law & Order: SVU keeps the exquisite Mariska Hargitay on TV (she’s Emily Deschanel’s only real competition, beauty-wise), which is just fine by me even though I haven’t watched the show in years. The only other Law & Order show I watched — and that, compulsively — was the series which featured the brilliant Vincent D’Onofrio as the tortured, driven detective who eventually falls apart because of the continuous horrors of his job. Absolute genius, both the writing and D’Onofrio’s performance.

Finally, just to prove how irredeemably out-of-touch I am with modern culture as it pertains to TV: I’ve never watched a single episode of The Simpsons all the way through, ditto South Park (the latter because I can’t understand a single word the characters say).

I have watched every episode of the espionage satire Archer, however, because I love all the characters, and especially Sterling Archer himself. Archer‘s very first episode nearly caused me to pee my pants, I was laughing so hard, and the shows since have seldom faltered in that regard. No other TV cartoon show has ever featured characters and scenes such as the samples below: 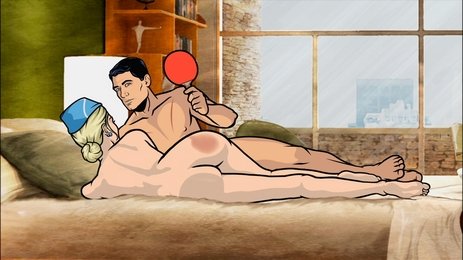 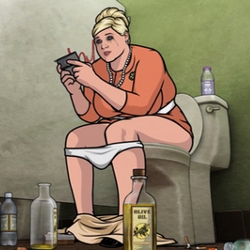 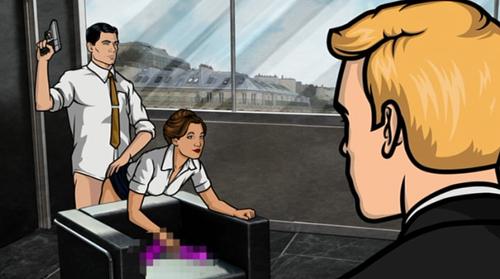 ,..and let it henceforth be known that I have a massive crush on Sterling’s mother, Mallory Archer: 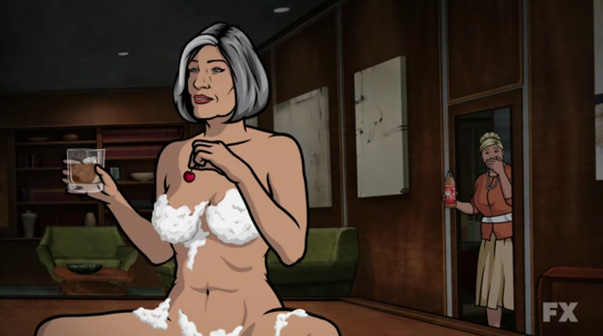 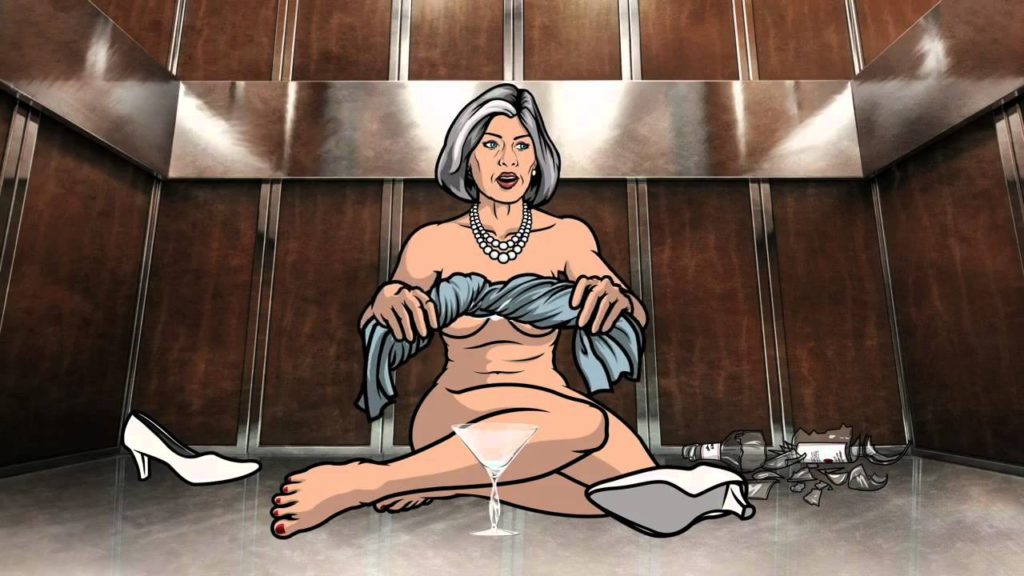 One last thought: please don’t recommend any of your favorite TV shows to me: watching TV is so peripheral and inconsequential an activity in my life that I probably won’t take you up on it. If I’m going to watch any TV at all, it’ll be Formula 1 Grand Prix, English football (Chelsea wins the league!), international cricket and the occasional major golf tournament. Oh, and the Men’s Championship match at Wimbledon. Other than those, you’re more likely catch me at the range instead.