From last week’s post about well-dressed men (or rather, men who dress like slobs), I don’t want anyone to think that Don Draper is any kind of hero to me, other than as it pertains to his clothes.

My real hero in the Mad Men series would have to be Roger Sterling, he of the peerless quips and observations, and serial seducer and womaniser, a sublime mixture of sophistication and dissolution. How could you not be in awe of a man who says things like: “I like redheads; their mouths are like a drop of strawberry jam in a glass of milk” and  “Have another [drink]. It’s 9:30, for God’s sake.”

I never wish that I could be another man; but if I did, it would be Roger: utterly charming, cynical and right, every time. And even when he knows he’s about to make a catastrophic mistake (e.g. marry a much-younger woman), he just shrugs and does it anyway, fully aware of the consequences.

“Have a drink. It’ll make me look younger.” 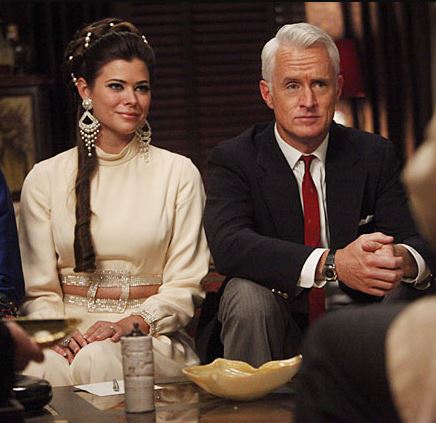 Every single woman I’ve ever spoken to about Roger Sterling thinks he’s an utter bastard. And every single one of them admitted they’d probably let him have his way with them anyway. We mere mortals can only aspire to such greatness.

And for those Readers who wanted to see Joan Holloway, here ya go: 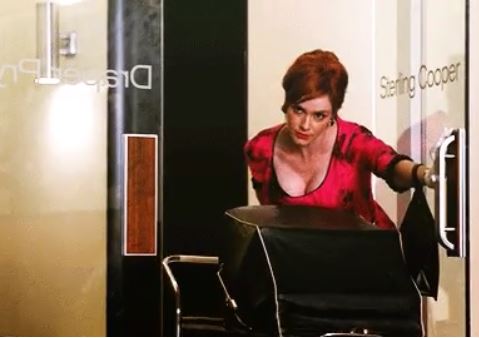 And Roger’s comment: “Has anyone even seen this baby, with you walking next to him?”