In future, every time someone suggests that the “government” should look after people’s needs, I am going to quote this story:

Thousands of school children in Rio de Janeiro have been left bitterly disappointed this Easter after council nutritionists replaced their traditional gift of a chocolate egg with a bag of rotting carrots following a major food ordering blunder.
Instead of buying 2,300 kilos of carrots, bungling officials mistakenly put a decimal in the wrong place and purchased a whopping 23,000 kilos, leading to a massive budget overspend of £15,860 (74,000 reais), ten times higher than the normal tab.

Let me count the ways:

Then we have yet another example of stupidity, this time at the local level:

Staff were left in a pickle as they tried to devise ways of getting rid of the mega-supply which needed to be eaten before the vegetables went off.

Milo Minderbinder’s chocolate-covered cotton comes to mind. Had I been on staff, I would have sent the bags of rotting carrots back to the council’s offices, to make it their problem. But you can’t expect any such initiative from government functionaries like school administrators because a.) they’re stupid and b.) they’re too timid to lash out at moronic managers.

Had I been a student, I’d have hidden the rotting carrots somewhere in the school principal’s office, to let him deal with the eventual smell. But that’s just me. (And in case anyone’s still alive from that time, I didn’t do it.)

The cynic in me also wants to ask whether any of the councilors owns a carrot farm and couldn’t sell his surplus, but I’m pretty sure that even such simple corruption may be beyond these idiots.

The best part of this comes at the end, when discussing the overspend:

The scandal comes at a time when thousands of council workers have been waiting for months for back-dated payments of late salaries.

One wonders of anyone will be fired for this gross incompetence… oh, who are we kidding? It’s government.

Perry de Havilland of samizdata and I have had our (slight) differences in the past, but on this topic we are in precise agreement:

The Englishman, for one, still wants to see Heath’s body disinterred, quartered and the skull stuck on a pike outside Traitor’s Gate at the Tower of London.

And if the expression “drone strikes on Brussels” doesn’t give you the Warm & Fuzzies, I don’t want to talk to you anymore. 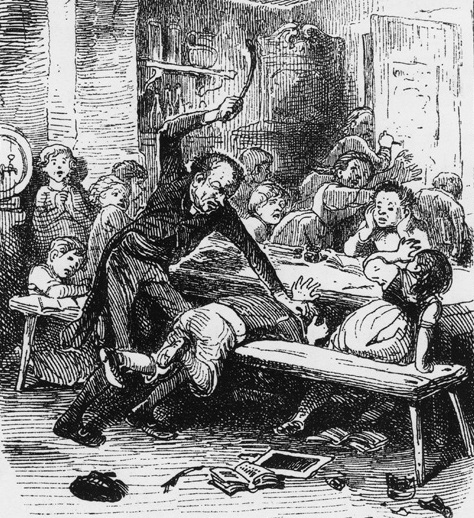 Here we go again. It’s that time of year when Congress can’t / won’t do the job we send them there to do, can’t agree on a budget, and then come all the threats and dire warnings of a government shutdown.

Here’s what I would do if I were God-Emperor Trump: get within 24 hours a list from every Cabinet Secretary and department chief of all the government employees who absolutely, positively cannot be spared from their jobs as public servants — and then create the obverse of that list, and warn those people that if Congress fails to reach a budget agreement, then they are the ones who will be furloughed. Any and all complaints should be addressed to their Congressional representatives.

Just so we’re clear on the parameters, here: note that I said “cannot be spared from their jobs as public servants” — which would include people such as the people at the SocSec offices cutting checks to pensioners, air traffic controllers, Park Rangers overseeing national parks and monuments etc. — so that the public can continue to be served and not face childish games such as allowed nay encouraged by the previous Administration. All non-essential services can be placed in abeyance through furlough.

We can talk later about whether the furlough should be made permanent.

On a similar train of thought: all public service unions should not only be dissolved but made illegal, and Congress-only medical benefits ditto. (Let ’em suffer like we are, and we’ll see how long it takes them to clear up the medical insurance mess they’ve created.)

I’m stopping now before I get angry and start proposing the kinds of action which would get me noticed by Gummint.

The next time some liberal fool tries to convince you that a “single-payer” healthcare system is the bee’s knees and holds up Britain’s NHS as an example of “free” medical care, feel free to point him to this little snippet:

The NHS is struggling with its worst winter ever as A&E waiting times hit their highest on record, damning figures released today reveal.

New data from NHS England shows the health service is operating at a poorer level than at the same point in 2016, which was branded a ‘humanitarian crisis’ and saw the British Red Cross drafted in to help.

The alarming statistics, collected from between New Year’s Day and January 7, show:

With government, when there is over-demand there will always be under-supply, and rationing.

Here’s an article which got me thinking.

My initial reaction: so fucking what? If I’m advertising for a room mate, isn’t it my right (under the Constitution, First Amendment, freedom of association etc.) to decide with whom I want to associate?

I’m sick of the negative implication that’s been applied to the word “discrimination”, by the way. If one is said to have discriminating tastes, that’s okay; but if I don’t want to rent my house to college students (reason: noisy, drunken all-night parties etc.), adherents of Santeria (reason: animal sacrifices in the basement) or cripples (reason: no handicapped access or facilities) then all of a sudden, according to government, I’m discriminating in a bad way?

I thought that the essence of “private property” (the protection of which is one of government’s few legitimate functions) is that one may use it as one wishes. So if I don’t want to share a house with a Catholic, vegan or [gasp!] a Chinese woman, isn’t that my right?

I know, I know; discrimination against people of other races, religions and cultures etc. is supposed to be wrong — and it is, when practiced by government or public entities. Government can’t say that only Protestants can apply for a government job, and cab drivers can’t refuse service to a blind person with a guide dog (because of their anti-animal religion) because the cab service is a government-licensed activity.

But as an individual, I’m supposed to be able to practice any kind of discrimination as long as it doesn’t actually harm other people. And no, not wanting to share your living space with a Black gang member is not causing him harm — except that according to the modern liberal mindset, it is.

These groups are protected under the federal Fair Housing Act, which makes it a federal offense to publish ads that indicate a preference for or discriminate against people based on race, color, religion, gender, handicap, family status or national origin.

The only blessing I can see arising from all this nonsense is that I don’t have a Facebook account and am unlikely to ever have one. (So in that regard we can both breathe a sigh of relief.)