I haz it.  Sore throat, occasional rasping (yet “productive”, as doctors put it).  Light-headed, no energy.

And I got it from New Wife.  Who works in the petri-dish environment known as “preschool”.

Posting may be light tomorrow.  Please bear with me.

And back we go, into the trenches of modern warfare between men and women.  Apparently, young men have a problem:

Men are lonelier than ever as they struggle to meet the higher dating standards of modern women, according to a psychologist.  American psychologist Greg Matos wrote in a recent Psychology Today article that the current state of young and middle-aged men’s love lives shows they need to ‘address a skills deficit’.

He said: ‘I hear recurring dating themes from women between the ages of 25 and 45: They prefer men who are emotionally available, good communicators, and share similar values’.  Yet, he claimed he’s found that modern men’s biggest problem is communication, which is ‘the lifeblood of healthy, long-term love’.

[S]ociety fails to teach young boys the importance of communication, which has resulted in growing numbers of unintentionally single men.

As this thesis comes from a psychologist, one could be forgiven for dismissing the whole thing out of hand, but it seems clear that the number of single, lonely young people of both sexes has grown over the past few decades.

There is one immediate finger to be pointed, and that is towards radical feminists, who have painted men (and especially young White men) as proto-aggressors, and nobody can deny that the feminization of the education process has left young men feeling increasing isolated.

Some have reacted admirably, turning the tables and asking women what, exactly, they are bringing to the party.  Others (such as this young man) have come right out and published their own rules of engagement, so to speak.  (In the latter case, he’s done an excellent job of “communicating” with women;  but it’s probably not at all the kind they’re looking for.)

The article (written by a woman, BTW) quotes our psychologist that “Men are lonelier than ever as they struggle to meet the higher dating standards of modern women”… really?  The way I read it, both sides are becoming more selective.  While the poorly-communicating men might be sidelined by more picky women, it’s also clear that the (shall we say) poorer applicants among the women (sluts etc.) are most likely being left alone as well.

And lest we read too much into this, the situation is by no means a new one, nor has the technology changed it much.

For some reason, Republicans are always loath to bite back at Democrats after the latter bunch of socialists hack away at them.

This is but one reason why they’re known as the Stupid Party.

But as Chris Bedford at The Federalist explains, the time for such forbearance is over.

The only way to fight back is to make the kinds of people who’ve weaponized and undermined the American state suffer for their actions. They’ve arrested their enemies, revived obscure rules as pretexts for partisan attacks, and raided their opponents’ homes, and they won’t be sorry until they’ve felt the same pain.

Yup.  Let’s start with prosecuting Hillary Clinton, who actually did what Trump has been (falsely) accused of doing;  then we can go on to McCabe, Strzok and Brennan, who all lied under oath.

Give me another five minutes, and I can think of at least a dozen others.

I hope that the Republican “leadership” has a list of people they should target — not as retaliation, but because these people committed crimes (always a good reason for going after someone, regardless of motive).

I’m not expecting much, but that doesn’t mean that I and other conservatives are going to accept flabby, ineffectual actions by a future Republican Congress.

In this Amazon advertisement cunningly disguised as a newspaper “article” ., the Nespresso Vertuo Next is described as the “best capsule coffee on the market”, a statement with which I take issue.

I’m not interested in starting a Keurig vs. Nespresso war (I use a Keurig), but the plain fact of the matter is that I find all the Nespresso offers so strong as to be undrinkable.  Indeed, when I was confined to quarters in Free Market Towers lo those many years ago, I was forced to use one of those Nespresso things, and discovered that the only way I could stomach the stuff was to make it “Americano-style”:  half coffee, half hot water.

As a company, Nespresso irritates me because like Starbucks, they’ve built a marketing ethos around the alleged high quality of their product which appeals very much to the wannabe social climbers of this world.  I was even more irritated when I wanted to buy Mrs. FM a Christmas present of a large selection of Nespresso pods, only to discover that I couldn’t because I wasn’t a “registered user” (i.e. an owner of the machine).  So I got her something else.

I also prefer Keurig because rather than using expensive pods, I can use one of the little “buckets” as a substitute, and fill said bucket with my own choice of coffee (Dunkin’ Donuts, or a 50-50 mix of Peet’s Light Roast and Tim Horton’s when I need to wake up quickly).

So no;  Nespresso isn’t the “best capsule coffee on the market”, either by quality or by offering.

Your mileage may differ.

It’s not often that one sees something of such beauty, such an exquisite heritage and all the things that givee petrol-heads / piston-heads a headache, and an overwhelming desire to possess. 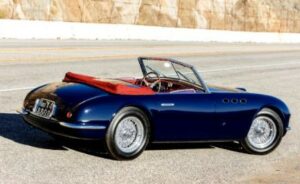 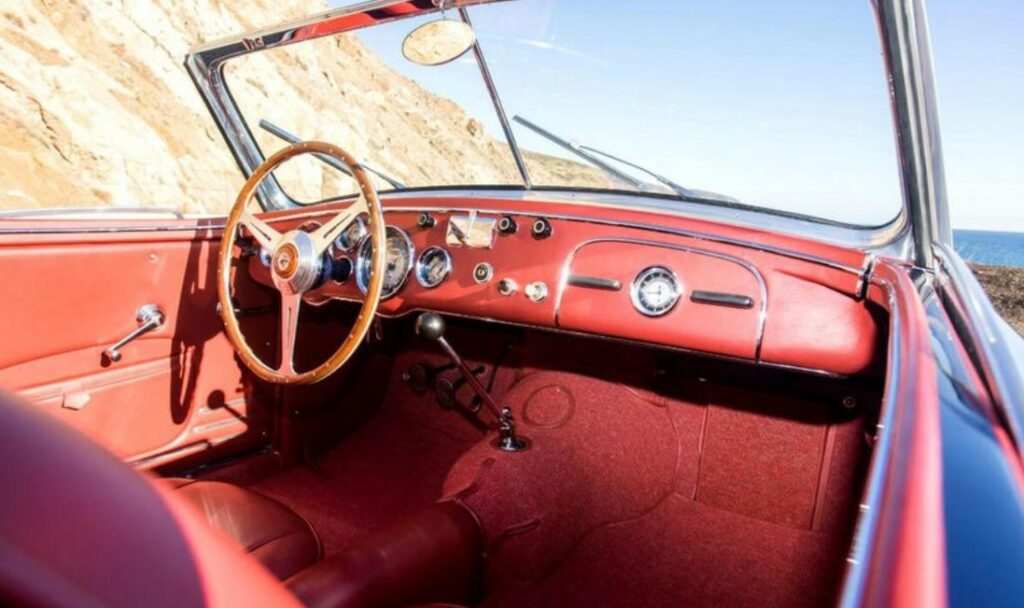 Here’s the whole story of the car;  and yes, forget the price, as you would for an original Monet painting.  Rather, just marvel at the artistry.

One of Thomas Hardy’s most popular novels now comes with a trigger warning after students were told it contains ‘upsetting scenes’ about the ‘cruelty of nature’ and ‘rural life’.
‘Far from the Madding Crowd’, which depicts the brutal reality of Victorian rural life, has been slapped with a content warning by the University of Warwick.

Erm, I hate to break it to you, but pretty much Hardy’s entire opus  was dedicated to exposing the above cruelty of nature and rural life.  His main target, however, was the stifling effect of Victorian Britain’s rigid class structure on the human spirit, made all the worse by rural life — there was no escape for the “low-born”, and they were condemned to a hopeless and brutal existence (e.g. The Woodlanders).

And Madding and Woodlanders are far from the worst;  wait till these snowflakes get to The Mayor of Casterbridge, where they’ll see the horrifying consequences of a single immoral action.

I think I’ll go and re-read the above three, just for fun.