…shown by a Brit, of all people:

Lady Victoria Hervey has insisted she feels ‘safer’ when carrying a gun in ‘dangerous LA’ – and has suggested a ban on firearms would lead to a ‘genocide’ in the US.

The 45-year-old socialite and former ‘It Girl’, who is the daughter of the 6th Marquess of Bristol, and has in the past shared controversial opinions, told The Mirror that while she supports stricter regulations, she doesn’t agree with at total ban. 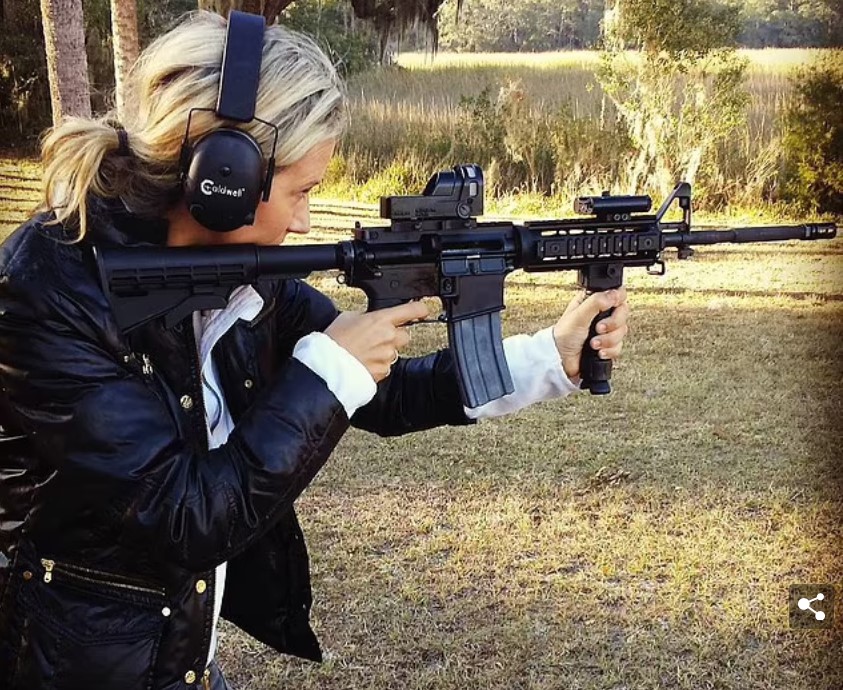 Now the reason this titled British tart has these oh-so-horrid beliefs is that she doesn’t live in Britishland, but in Los Angeles — hence her refreshing (and no doubt well-founded) opinion.  And she’s right, of course, especially in Los Angeles, which in no way resembles even London or Manchester when it comes to serious violent crime.   But when it comes to “stricter gun regulations”, it’s hard to see how anywhere could be stricter than L.A. in that regard, so she’s of course wrong about that.

Frankly though, I’m amazed that Our Vicky can even pick up a gun, given that she’s long been the World’s Skinniest Non-Anorexic Woman Not Living In The Third World: