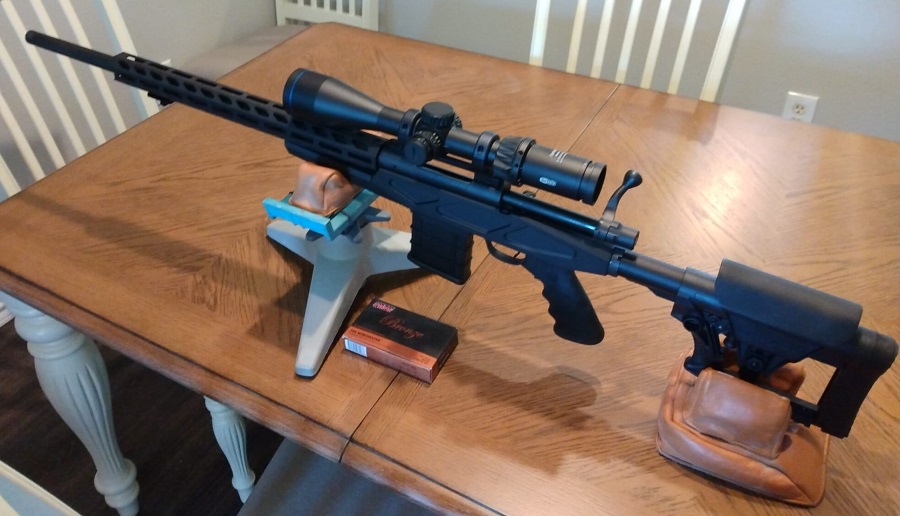 So postponing my Breakfast Gin, I hie’d me off to the range.

Some background:  I popped the scope on last night without boresighting it — just bolted it on, and trusted to luck and the several craftsmen who had built this rig.

Here’s the gun’s very first target (point of aim was the black diamond, at 100 yards): 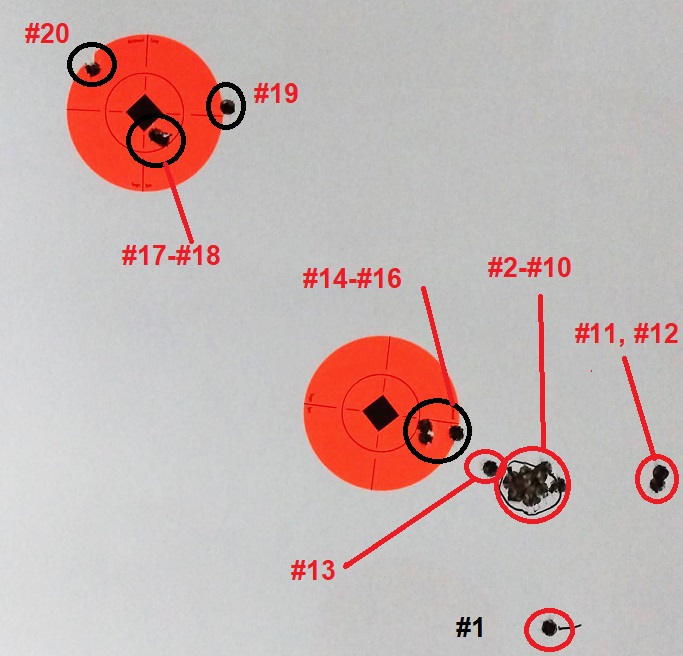 Explanation:  Shot #1 was actually an accidental discharge because the trigger caught me by surprise (despite having dry-fired it a dozen times the night before).  Anyway, I cursed a little, and then took some care and touched off the next 9 shots (#2-#10).  I should remind everyone that all these came from an unsighted scope and a cold virgin barrel.

So I adjusted the scope, and of course Stupid Kim can’t tell right from left, hence the appearance of #11 and #12 way off to the right.  So I said some Bad Words again, and clicked back to the original setting (#13), then adjusted the reticle to the left this time, and a tad upwards (#14-#16).

The target was starting to look a little cluttered, so I put up a new target, sent it out and popped off the last four boolets in the box — but alas, at this point the barrel was hot — way too hot, because I was getting excited — and the group opened up with the last two shots.

Lesson learned:  in future, only five shots at a time before letting the barrel cool properly.

Still, I was moderately pleased.  I came home and gave myself a reward: 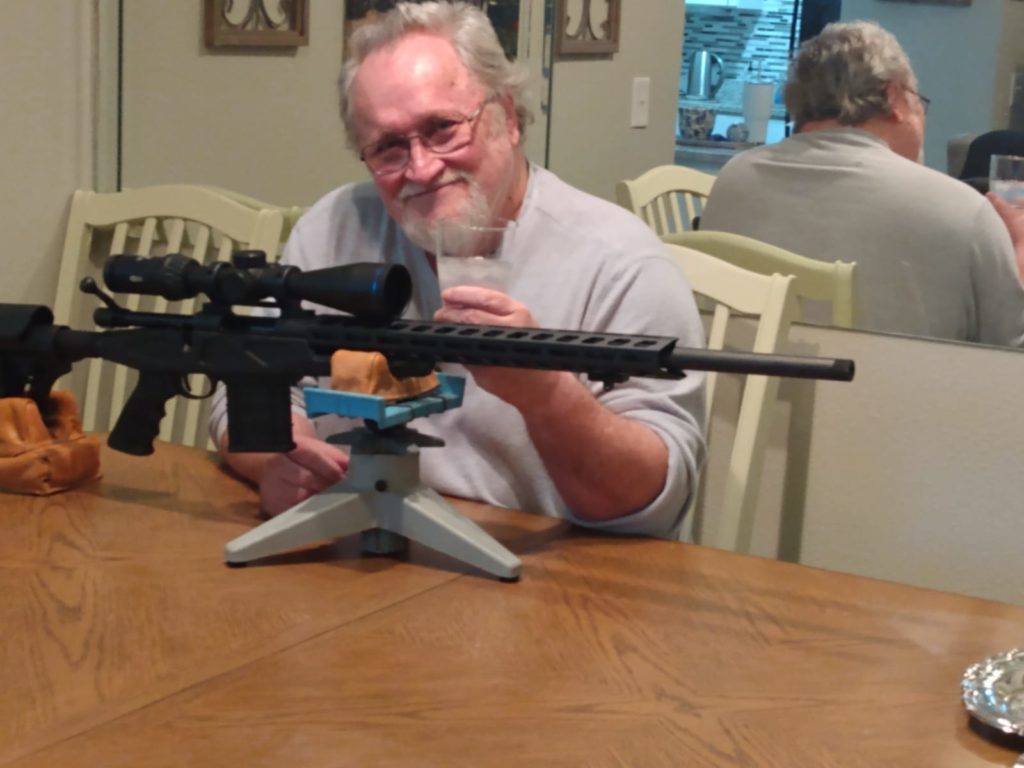 Holy crap but this Howa is a sweet gun.  (Here’s a pro’s take.)  Everything works as advertised, BUT:  the stupid plastic adjustable stock is a little loose, and I can’t get it tight.  (Wouldn’t have happened with a proper wood stock, of course, but these are the times we live in.)  Still, I’d prefer a regular-style stock over this “chassis” thing… even a plastic one like the Hogue:

There is apparently little difference between this gun and the Weatherby Vanguard as they’re made in the same factory. No prizes for guessing which one I’d like.

Okay, enough about the gun.

The Meopta scope is likewise a gem.  Crisp, clear sights (I forgot the battery, so no illuminated reticle, but it didn’t matter), and the clicks are positive and accurate.

Ammo was the excellent PMC Bronze 147gr FMJ/boat-tail.  I’m not going to try anything else, for obvious reasons.

The entire rig cost a tad under $1,500 — and I have to tell you all, I would have to spend a LOT more to get even marginally better results than I did, because it’s far more accurate than I can shoot it.

In Mae’s words, if war were declared, I’d take this rig off to battle, without hesitation.