Via Insty comes this report:

In Finland, adolescent males report for a short and intense period of military training, followed by shorter refreshers for most of their adult life. The training is not, as in the Israeli model, a few years of dedicated service. Nor does it emphasize military discipline, such as keeping one’s bunk tidy and shoes polished, or the Prussian-style transformation of citizen-recruit into fighting machine. Instead, it prepares civilians to be ready to join their unit and harass and kill invaders. A country of Finland’s size can rapidly field nearly 1 million trained soldiers.

And they’re doing this right now.  One of my Loyal Readers has a spy at Sako, who tells him that we’re not going to be getting new Sako rifles in the U.S. anytime soon, because their entire production is being directed towards “local consumption”.  As I posted earlier: 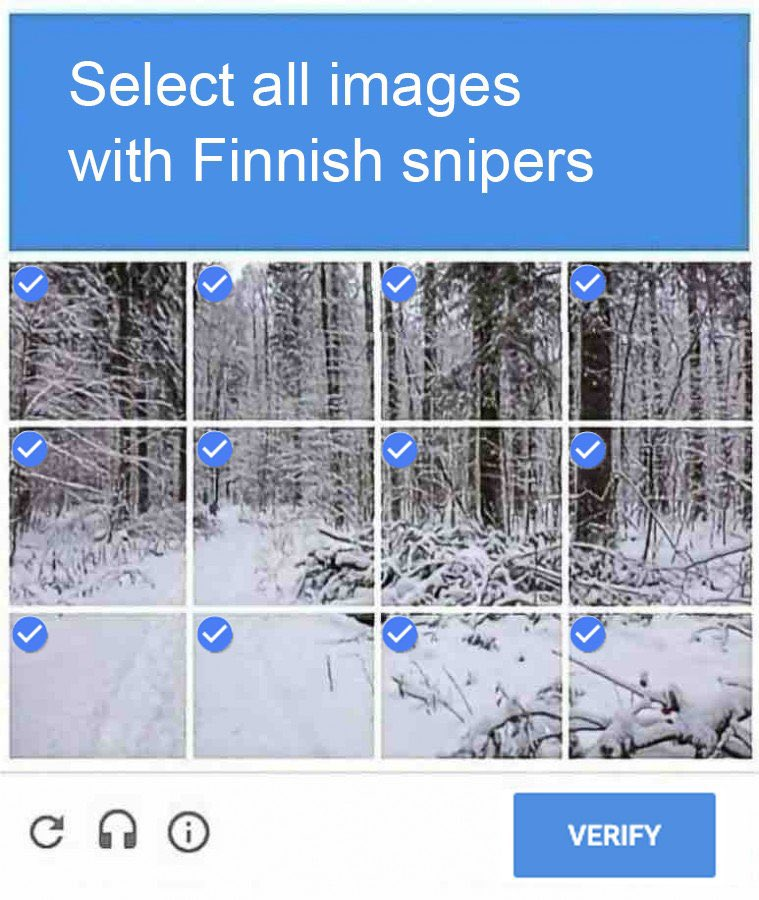 Insty’s final comment on the report is absolutely on the nail, by the way:

“America should do this too.”

I’ve been trying… A Nation Of Riflemen, remember?